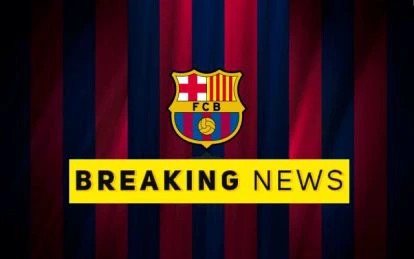 Barcelona star Nico González has joined La Liga rivals Valencia on a season-long loan. The Spanish central midfielder will play for the Mestalla in the 2022–2023 season under Gattuso's tutelage.

Twitter posts from Barca DNA: "In a realistic sense, what kind of midfield should Barcelona have? Even if Busquets is playing really well for Spain right now, I still can't put my faith in his defensive abilities. I simply can't. Nico Gonzalez has been

Nico González wants to play for the first team, which is why he is moving to Los Che in order to get more experience and try out for the squad there. The acquisition of Franck Kessie and Barcelona's failure to find a buyer for Frenkie de Jong will reduce the player's chances to play for Barcelona during the next campaign.

Nico González's loan transfer to Valencia was officially announced by Barcelona on their website, where the announcement also included a statement.

Nico González will play for Valencia CF for the 2022–2023 season on loan, as per an agreement signed between the two clubs (FC Barcelona and Valencia CF). The club has stated that there would be no buy option involved in the transaction.

Next year, Nico González and Carlos Soler, two more Spaniards, will play together in the midfield for Valencia, which has high aspirations of qualifying for the UEFA Champions League under the direction of the club's new manager.

If You Are Too Slim, Eat These Foods To Gain More Weight