Cristiano Ronaldo was left bleeding and bewildered after a frightening incident occurred during Portugal's Nations League game versus Czech Republic on Saturday night. The Manchester United forward, who has spent the last several weeks warming the bench at Old Trafford after missing the team's preseason tour, captained the line for his country in the critical game. 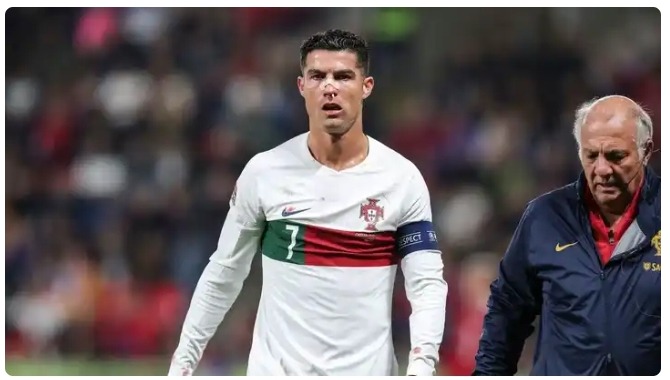 But he was badly bruised and bleeding following a collision with Tomas Vaclik of the Czech Republic. Ronaldo was attempting to attack a cross in the area during the game's second half when the two collided. Ronaldo was knocked to the ground and needed intensive attention, but after being fixed on the sidelines, he was able to carry on and finish the game. Portugal was leading 3-0 at the time of Ronaldo's injury thanks to goals from two of his Manchester United colleagues.