With a big-money move to Liverpool this summer from SL Benfica, Darwin Nunez has been honoured as Portugal's "Player Of The Season" - 2021/2022. 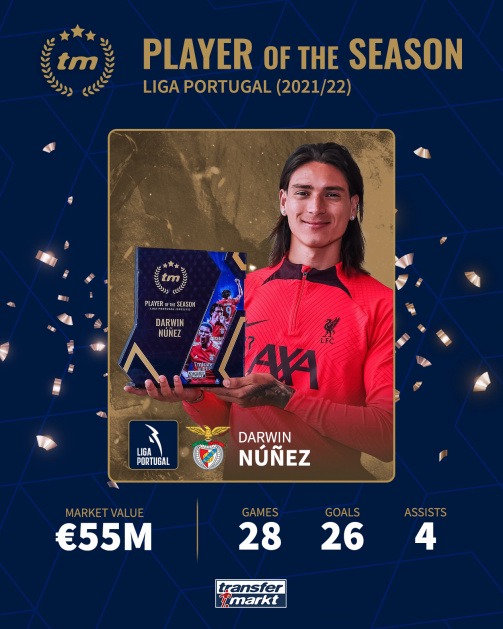 Had a brilliant year in his second season in the Portuguese top-tier league after arriving from Spanish lower-tier outfit UD Almeria, the 23-year-old was voted as Community's favourite player among five contenders.

Nunez in the 2021/2022 season scored an impressive 26 goals and contributed 4 assists in 28 league games as a result honoured with the Portugal Premier Liga Player of the season as the top scorer.

The new Liverpool signee who began his new adventure in England with a trophy [The Community Shield] beat off competition from Paris Saint-German loanee Pablo Sarabia who was with Sporting CP, Porto's trio- Mehdi Taremi, Otavio and Vitinha. 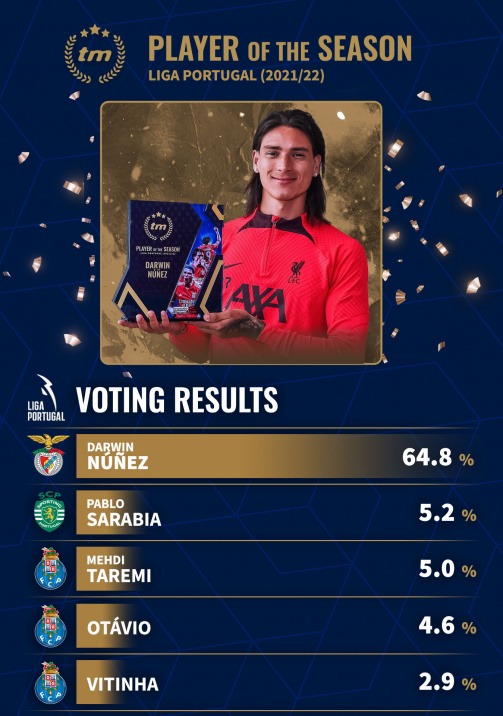