The absence of Robert Lewandowski from Lionel Messi's vote for FIFA The Best Award startled many football fans. 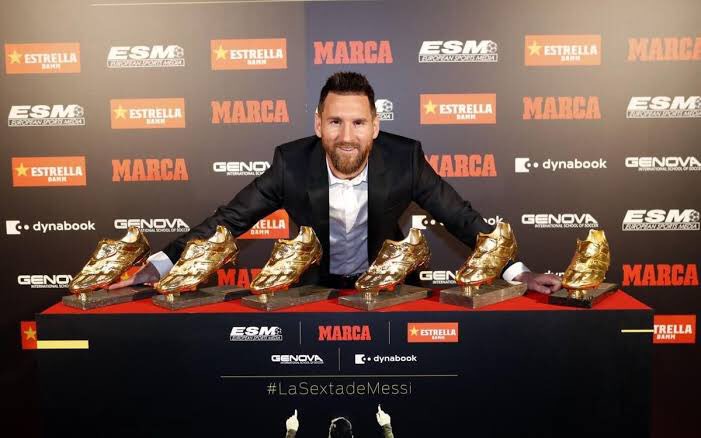 Given his on-field prowess with Bayern Munich, Messi believes Lewandowski should have at least one Ballon d'Or at this point in his career.

Following an interview in which Lewandowski said he was misunderstood as questioning Messi's motives, the Polish forward explained that Messi's statements "weren't empty words."

Messi went on to say that winning an award is all about the small details, that everything needs to be in place, and that Lewandowski deserves to win one soon.

With his goal in Bayern's 4-0 win over Wolfsburg on December 17 assuring he would complete the calendar year with 69 goals, the former Dortmund striker had a spectacular 2021.

Lewandowski also made a Bundesliga record by scoring in that game, as he scored his 43rd goal in the competition in 2021, in his 34th match of the year.

That allowed him to surpass Germany's Gerd Muller, who had held the record for 49 years.

Indeed, Lewandowski has broken Muller's record twice this year, with the Pole scoring 41 Bundesliga goals in the 2020-21 season, surpassing the Bayern legend's mark from 1971-72.

With the foregoing numbers, Messi's failure to include him in his top five suggests only one thing. He didn't want Lewandowski to win the election.

Over the years, Cristiano Ronaldo has been accused of following the same pattern, with many suggesting he is an individual prize seeker whereas Messi is more focused on team success.

Lionel Messi made time in his acceptance speech after winning his seventh Ballon d'Or in November to suggest Robert Lewandowski deserved his own Ballon d'Or.

However, it appears that Messi did not believe Lewandowski deserved the FIFA Player of the Year title, as he left him off his three-player ballot entirely.

He has traditionally avoided voting for Cristiano Ronaldo on his vote, with the exception of 2018 and 2019.

Meanwhile, Ronaldo, who was voting as Portugal's captain, left Messi out of his top three choices, which also included Lewandowski.

Ronaldo included Messi in his voting for the first and only time last season, despite the two rivals' history of ignoring each other.

As for the winner, Lewandowski, as Poland's captain, chose Jorginho, the Euro 2020 and Champions League winner, ahead of Messi and Ronaldo.

It didn't matter in the end. Despite outlasting Messi and Mohamed Salah in the voting, Lewandowski earned his second consecutive Best FIFA Men's Player title, which is selected in four equal sections by fans, media representatives, national team captains and managers.

This voting pattern by Messi shows he is as much as individual award seeker just like Ronaldo.