News making rounds in the Ghanaian media gathered by this reporter suggests FC Basel of Switzerland are interested in the signature of Asante Kotoko player Sheriff Mohamed.

The Swiss top-flight campaigners according to the reports, have monitored the youngster for some time and, could be tempted to put in a bid for the utility player.

Mohamed, 20, has been deployed in five different positions by Coach Prosper Ogum this season as Kotoko lead the GPL table by eight points after 24 matches. 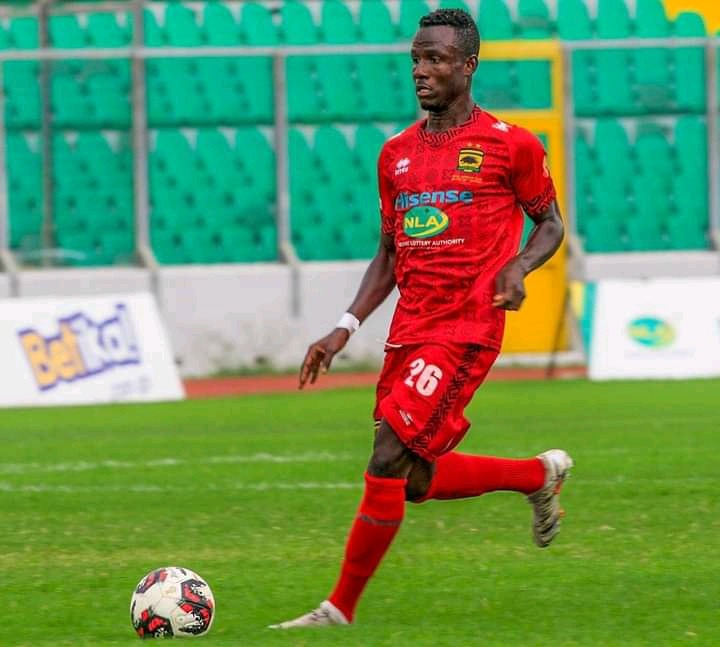 He has played in defence, midfield and in attack for the Porcupines this season, ironically, his debut campaign in the Ghanaian top-flight league.

Sheriff Mohamed joined the record Ghana champions from National Division One League, DOL side Steadfast FC prior to the start of the 2021-22 campaign, and, was part of the squad that toured Doha, Qatar for their preseason training.

FC Basel has a history of signing players from Asante Kotoko as they captured an inform Samuel Inkoom from the Porcupines just after he had helped Ghana win the FIFA U-20 World Cup in Egypt in 2009.

They will look to tempt the resolve of Asante Kotoko to sell in the next transfer window with a mouthwatering package for Sheriff Mohamed.

The player will hope to continue with his exploits for the Garden City club as they chase a first GPL crown in eight years.

Asante Kotoko will play away to RTU at Tamale on Sunday as the GPL continue with the Matchday 25 fixtures and, Mohamed, will look to be part of the squad as they go in search of a 16th league victory this season.