By NazirHamzah (self meida writer) | 28 days

There was a dramatic scene in the Ghana premier league matchday 20 as the Bankroller of the Kumasi based football club, Alhaji Kareem Grusah had to pick up coaching duties.

King Faisal needed a win badly to avoid the relegation zone but after the game which saw the team owner getting down from the VIP stance to coach his club, King Faisal could not win the game.

The game ended in a scoreless draw leaving King Faisal among the clubs that are still in the relegation zone.

In the first half of the game, it was virtually a game of equals as both teams could not capitalize on the fragility of their respective defence.

After the recess, Ashantigold came in with fresh energy dominating the entire first 20 minutes of the game with great prospect to break the deadlock but still could not find the net.

King Faisal later shown much seriousness in the game with some great incursions coming in from the flangs but their efforts were not enough to have secured them the 3 points.

In the final four minutes of the game, the team owner of King Faisal football club had to step on the pitch to coach his side but still could not get the winner as the game eventually ended 0-0 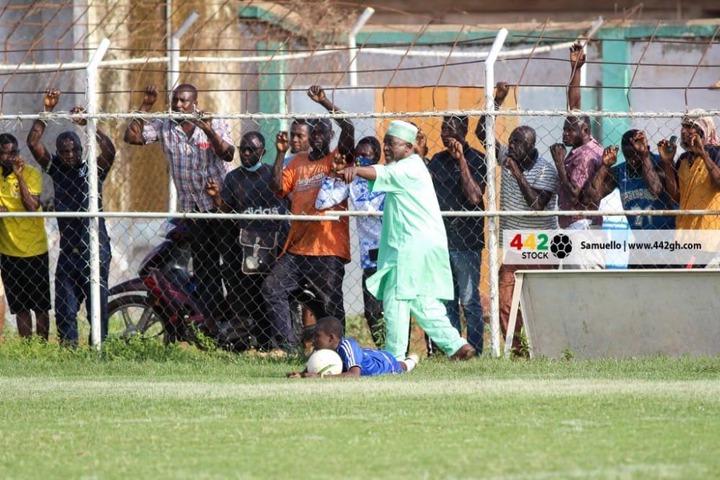 Content created and supplied by: NazirHamzah (via Opera News )

GPL: Aduana Stars Remains The Only Club Yet To Lose a Home Match.