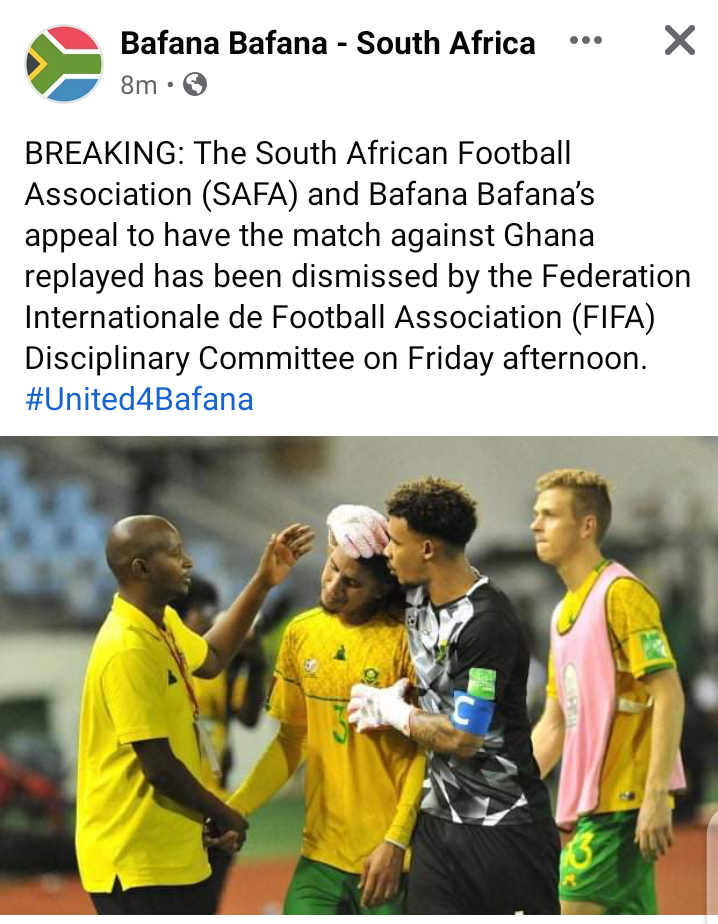 Federation of International Football Association, FIFA has thrown out South Africa protest against Ghana. According to FIFA, the protest did not meet requirements under Art. 46 of the FIFA Disciplinary Code and Art. 14 of the Regulations of the Preliminary Competition of the FIFA World Cup 2022. This means there will not be any replay between Black Stars of Ghana and Bafana Bafana of South Africa. Bafana Bafana of South Africa have confirmed on their official Facebook page. 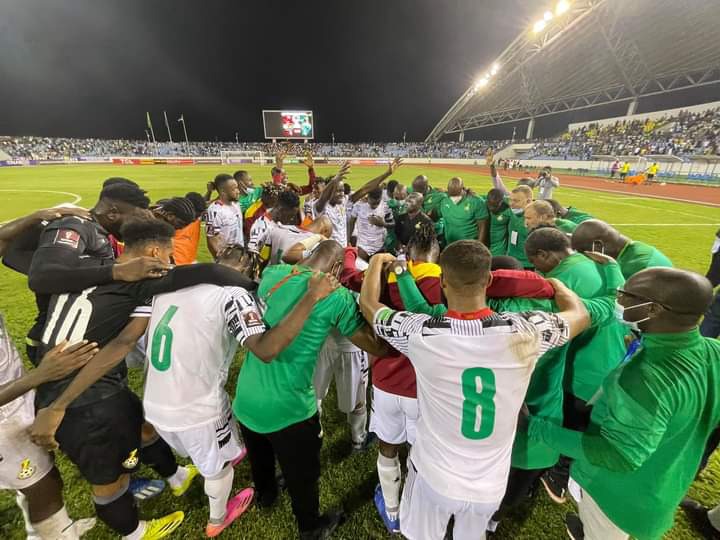 Aftermath of a World Cup qualifier between Black Stars of Ghana and Bafana Bafana of South Africa on November 14, 2021, in Cape Coast, South African Football Association came out with various forms of wild allegations about the game.

South African football officials accused center referee Maguette Ndiaye from Senegal to have made many calls for Ghana. Those calls according to them propelled Ghana to victory. South Africans also expressed dissatisfaction over the penalty awarded to Black Stars of Ghana. Black Stars defender Daniel Amartey was awarded a penalty after Rushine De Reuck pulled his jersey in the box, and Dede Ayew expertly converted. That goal separated the two sides. 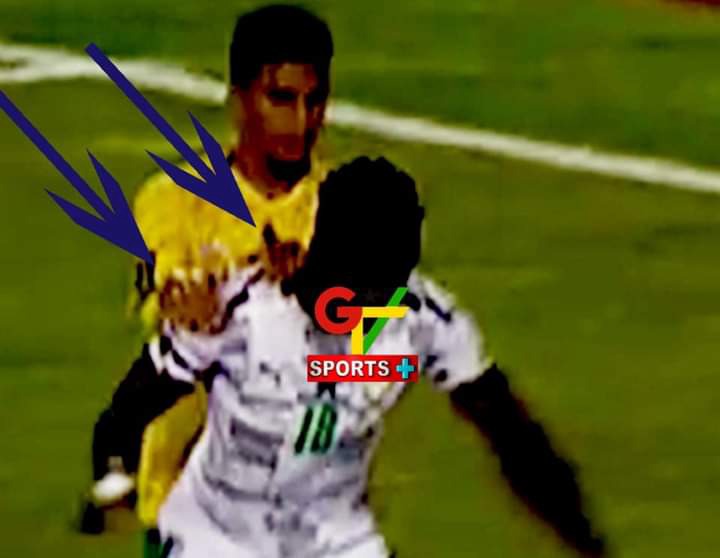 FIFA further noted that the matter will be referred to a member of the Disciplinary Committee on November 23 for consideration and judgement. 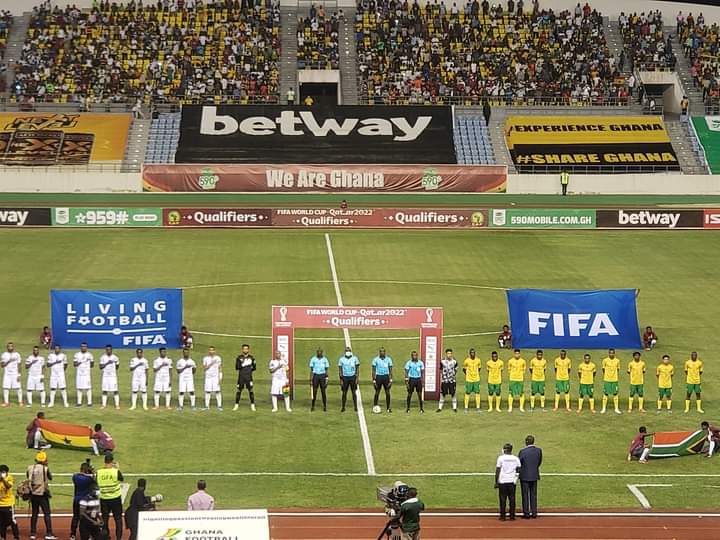 Ghana Football Association met the deadline as they responded to the protest, arguing that the case thrown out with hefty amount slapped on the South Africans.

The two countries had their football officials engaging in a war of words in the heat of the moment.

In the last few days, South Africa has made another allegations of a Ghanaian football official meeting Senegalese referee Maguette Ndiaye before the epic showdown in Ghana.