The verbal agreement, which was struck by the presidents of the two clubs and was in effect for more than 15 years, forbade both teams from attempting to sign players from the opposing academy. 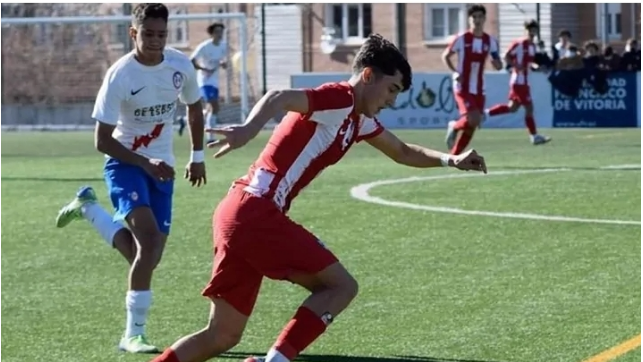 Jesus Fortea, a right defender now playing for Atletico Madrid as a Cadete and born in 2007, is the first addition that could herald a new era. After been acquired from Levante three years prior, he could now don the white shirt.

The specifics of a potential transaction were discussed in a meeting that Real Madrid and the player's representatives attended two weeks ago.

The Real Madrid board was notified at that meeting that the youngster and Atletico would speak during the previous week as a result of the good understanding. Atletico were informed at the meeting on Saturday that Fortea did not wish to continue his career with the team.

The Estadio Wanda Metropolitano was filled with disappointment and annoyance as they accepted the loss of one of their team's standout players.

The young player's agent, Toni Munoz, who has a tense relationship with the Atletico Madrid board, was crucial to the deal.

Atleti anticipate a poor result as a result, which could be accompanied by other setbacks in the same direction.

Along with Fortea, a player for Spain's youth team, there may be three or four other transfers between the academies. Nacho Alameda, the midfielder and captain of Alevin A, is another potential target, but Atletico Madrid is confident that they can use maneuvers to thwart this attempt.

Outsiders from Spain are also moving quickly. Another potential midfielder, Javier Fernandez, has being courted by Bayern Munich.

Real Madrid, meanwhile, maintains its composure. They believe Atletico Madrid won't be able to get elite players from La Fabrica and are committed to completing these transactions in the best manner possible, which entails using payments.

Only time will be able to determine how serious the consequences of breaching the non-aggression pact are.

Ghanaians Massively React As Abronye Is 'Unsure' If NPP Can Break The Eight; Blames The Government