By kwasikingGh (self media writer) | 2 months ago

These are the results of the Ghana Premier League week 33

At the Akoon Park, Medeama continue their excellent home form to five matches unbeaten after a slip at their last home match at the hands of Kumasi Asante Kotoko, they bounce back to beat Accra Lion 2-1, Abdul Rashid Abubakar took the lead for the visitors in the 29th minutes but the host equalizers in the 34th minute by Darlington Gyanfosu Appiah with the first half ending 1-1. and after the break, Vincent Atingah goal to put Medeama ahead, with this result Medeama is now is the second rank team with 56 points 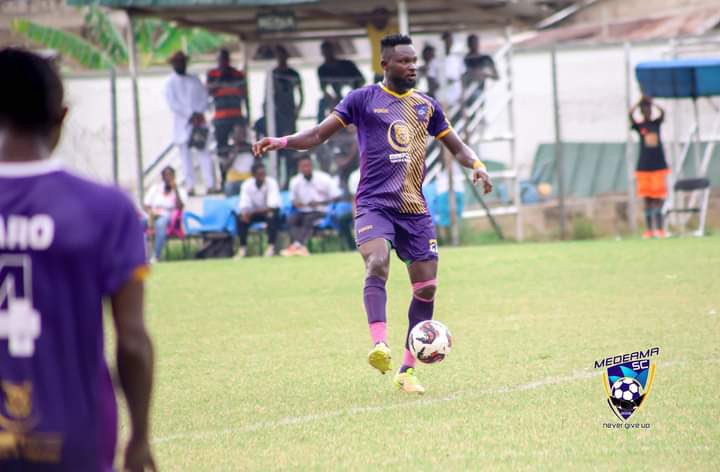 Karela United came to the Elwark Sports Stadium to draw with Legon Cities, Legon cities who were the dominant side failed to capitalise on the chances created

In Sogakope WAFA defeated Eleven wonders by 1 -0, Konadu Yiadom's goal was the match-winner in the 21st minute despite the result WAFA is still in the 17th position with 35 points

Aduana Stars were stunned by Bibiani Gold stars at home, Michael Enu put the visitors in front at the 13th minute in the First half but the host couldn’t break the deadlock, by this result Aduana Stars now have the same point as Gold stars having 45 points but Aduana has goal advantage

Dream Fc had an incredible win at the fortress of Berekum Chelsea today, Stephen Anokye Badu scored in the 45th minute to put Dreams ahead, the Golden city stadium couldn’t help Chelsea to win this match, Berekum Chelsea is now 3rd on the league log 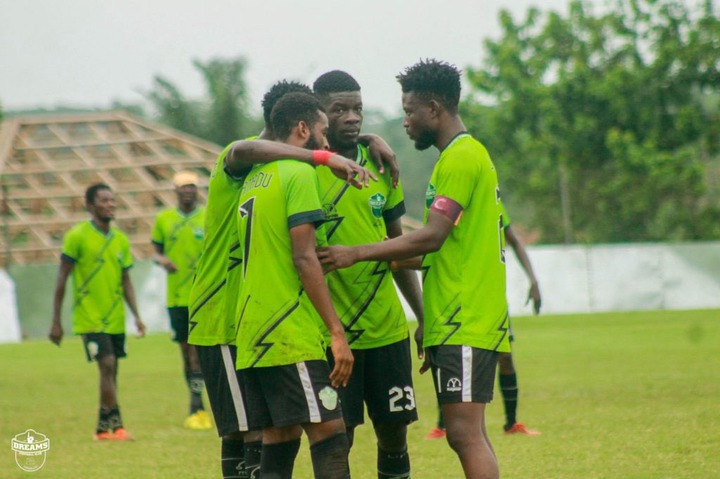 At the Tamela stadium, RTU defeated King Faisal in today’s encounter. Ronald Frimpong put the host in front after the break, the match ended with the lone goal scored by Frimpong for RTU

both teams are in danger of being relegated if they lose their next match. King Faisal is in the 14 positions with 39 points with Real Tamale United with 38 points on 15th on the GPL table

At Ga-mantle derby at the Ohene Djan Stadium Great Olympics thrash Accra Hearts of Oak 3 -0, this loss to Hearts means they have lost three matches in the GPL in a row. Amos Acheampong Score the first goal in the 20th minute of the first half, and Yussif Abdul Razak double the lead in the 33rd minute after the hearts defence fail to stop the Olympics attack, Razak scored his brace in the second half making it 3-0 in favour of Accra Great Olympics 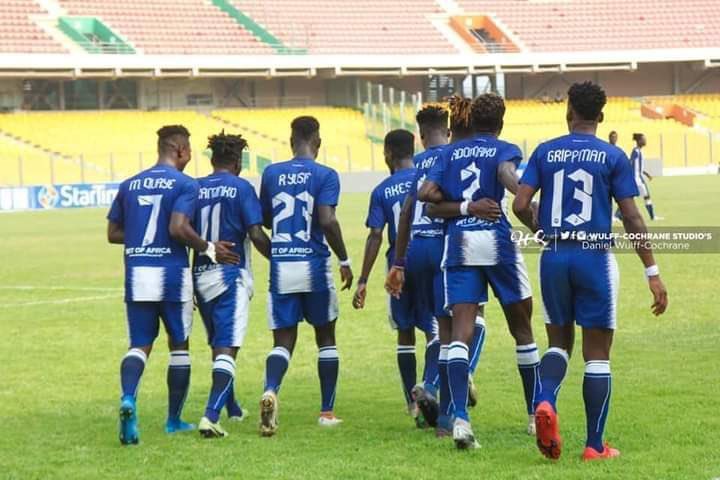 At the Len Clay Sports Stadium, Ash Gold caused, a late come-up to win against Bechem united Bechem United took the lead as early as the 10 minutes through a goal scored by Emmanuel Avornyo which ended the first half with Bechem leading with a goal. Asanti Gold had to wait till the dying minutes of the game to equalize and win it late at the winner at the additional time through goals from John Andoh and Richard Osei Agyemang

At Baba Yara Stadium at the coronation match between Elmina Sharks and Asante Kotoko Sporting Club, Kotoko defeated the already relegated side in a spectacular fashion 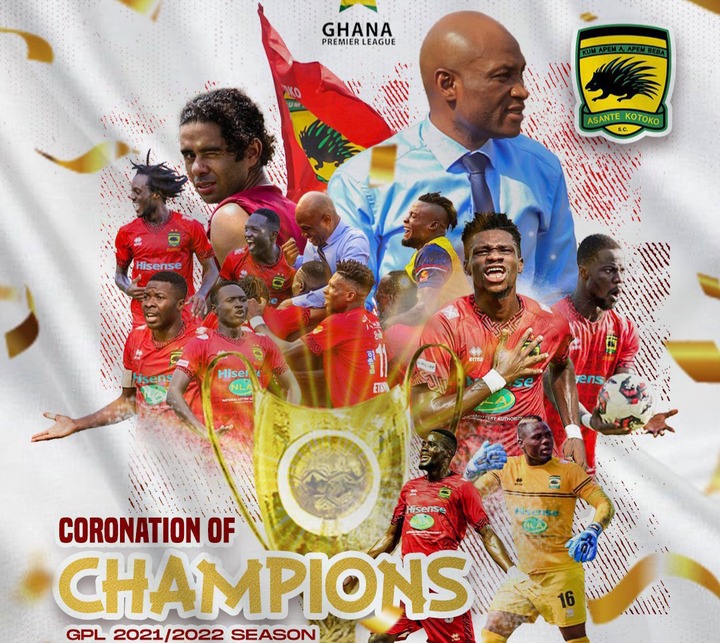 Kotoko took the lead through a free-kick scored by Imoro Ibrahim, in the 24th Minute of the first half, In the second half George Mfegue scored a brace to seal the victory for the Porcupine warriors

The League table as of today has Asante Kotoko leading with 69 points followed by, Medeama, Bechem United, and Karela United, respectively this makes up the top four team of the Ghana Premier League ea

Teams in the relegation zone are Elmina sharks at 22 points, WAFA at 35 points and Eleven Wonders at 37 points 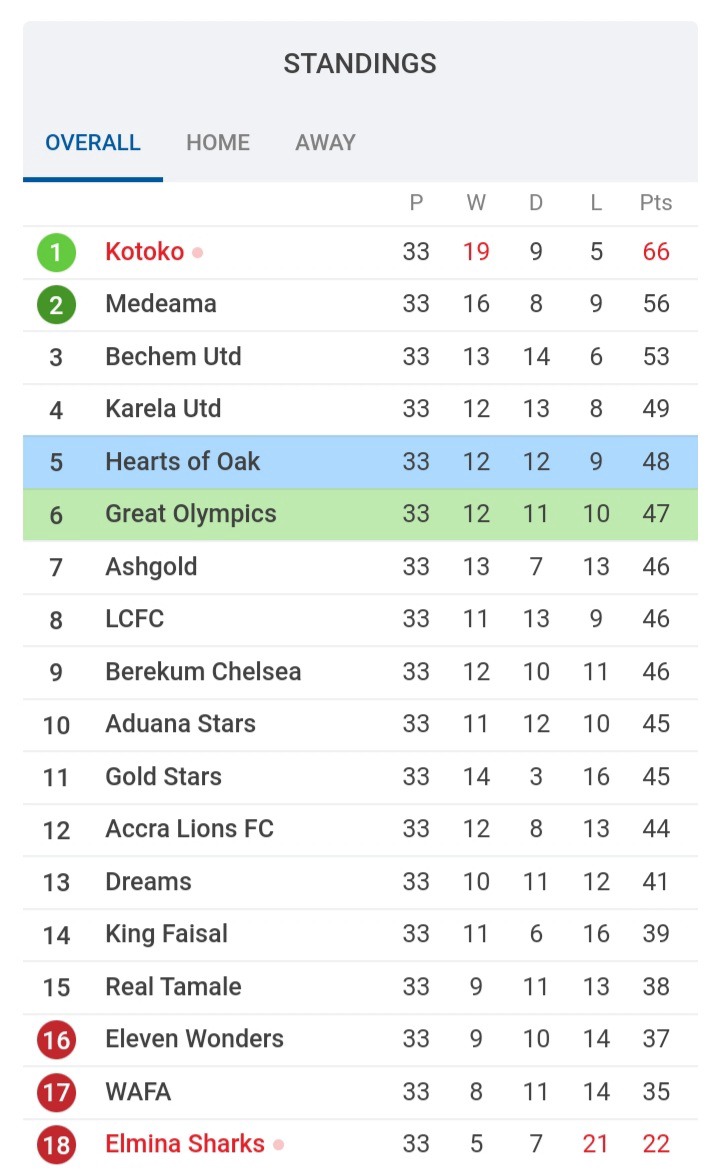 Match 34 will be played next week

What is your stand-out team this week?

For Extensive Coverage of the Ghana Premier League.