The England international opted to go to Stamford Bridge after being frank with Pep Guardiola about his desire for greater playing time and a new challenge after seven years at Manchester City. 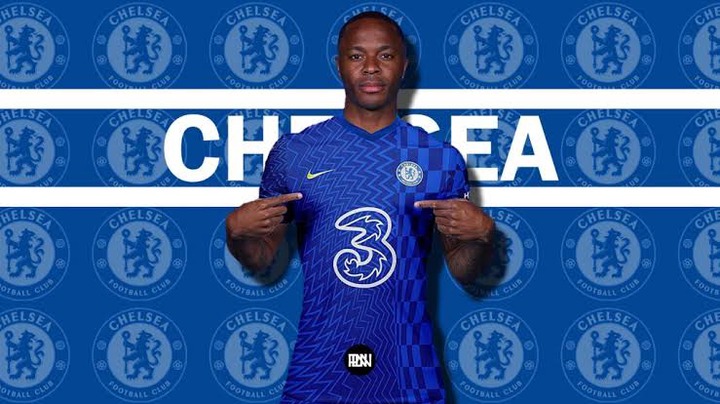 Raheem Sterling has come to a personal understanding before concluding his £45 million deal to Chelsea.

Real Madrid, Bayern Munich, Barcelona, Paris Saint-Germain, AND Liverpool all expressed interest in the Manchester City star, but Chelsea manager Thomas Tuchel turned them all down. Despite City's obvious desire for Sterling to stay, Tuchel's personal touch and in-depth discussions convinced Sterling to join Chelsea in order to further his career.

The 27-year-old Sterling, who made it known he wanted to leave City in order to play more frequently and further his own goals, departs on amicable terms after candid negotiations with Pep Guardiola. The transaction will now finalize quickly and in time for Sterling to board a jet to the United States as part of their tour since Chelsea began preseason training this week.

It is the largest contract of the English forward Sterling's career, who is at the height of his powers and was making £300,000 per week at City. Chelsea, though, altered its conditions in an effort to sign Sterling.

Having such a prominent name from the US businessman is a big message, thus Todd Boehly, the new owner of Chelsea, earned a huge triumph. They have had the upper hand ever since it became clear that City would be enticed to sell and Sterling was willing to be transferred.

The elite of Europe were all interested in Sterling, who moved to City from Liverpool in 2015. It is unknown how serious their interest was, but it is undeniable that they were all interested. Sterling's homecoming to Anfield would have been amazing.