The 2022/23 UEFA Champions League season scheduled to take place in September as final qualifying is ongoing, last year [2021/22] nominees for the UEFA Men's Player and Coach of the year have been revealed and these are the final shortlist. 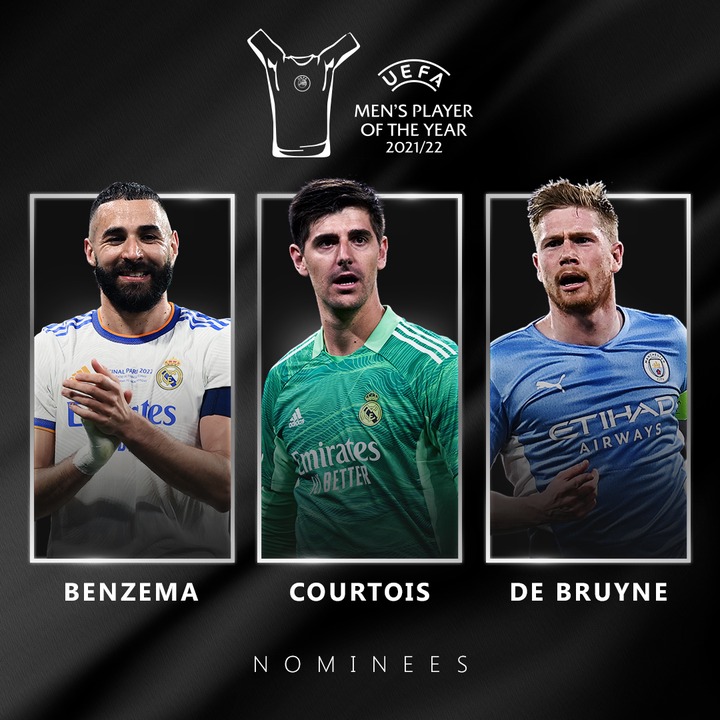 This nomination follows outstanding efforts from players and managers last season in the competition. 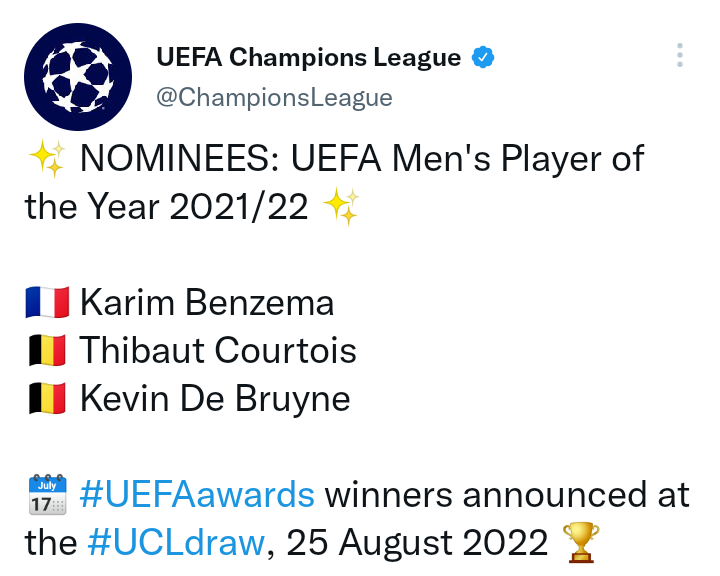 Statistics of each player's performances:

The revelation of Real Madrid, Karim Benzema was the shining knight to their 14th Champions League triumph. The Frenchman was very lethal in the forward perspective to record the most goals scored in the competition (15) and emerged as the most rated player - honoured with the "Golden Boot and Best Player" awards.

Denied Liverpool in the finals on 9 accounts, the Belgian goalkeeper's efforts went unnoticed as he was honoured with the "Golden Gloves" after guiding the "Los Blancos" to their 14th triumph and the Super Cup.

The Belgian was "on" and "of" for Manchester City during tough games but stood out among all midfielders last season with joint goals of 5 - powering the "Cityzens" to the semifinals. 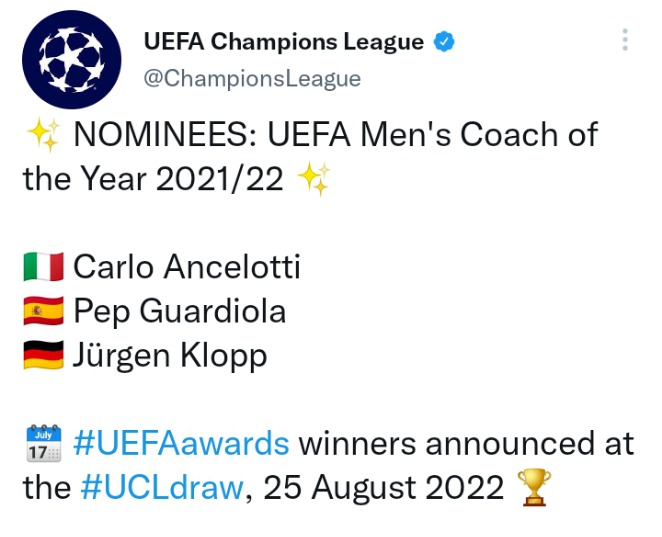 The winners to be announced on August 25th, 2022 - who do you think will win in each category?