By jjlobationisamaestro (self media writer) | 3 months ago 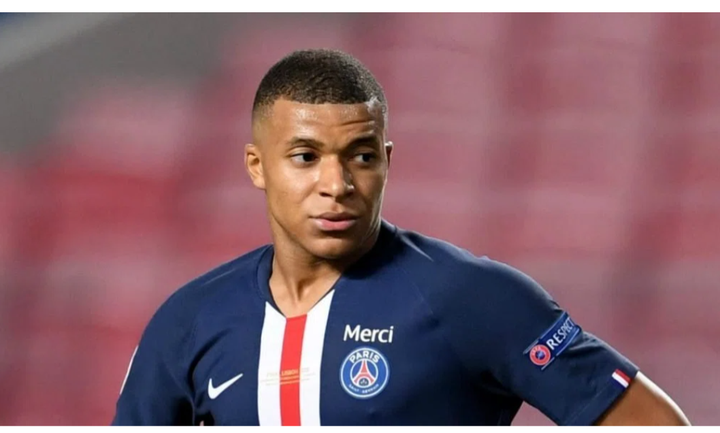 Paul Pogba: Lack of trophies? I have to be honest, I'm not satisfied at all, during the last 5 seasons. This year again, it's dead, we'll win nothing again. Whether it's at Manchester or another club, I want to win trophies.

Gareth Bale presented a €30k medical bill to Real Madrid. The club did not pay the bill.

Paul Pogba on joining Paris Saint-Germain one day: “Why not? It’s always nice to play with your teammates in the national team and club”

“I don’t know if it’s gonna be with Man Utd or another club but what I want is to win trophies”.

Guti (On Vinicius): He cares more about the referees and the players than about playing football.

Rafael Nadal confirmed he would be out of action for between four and six weeks due to a stress fracture to his rib.

Neco Williams: I've learnt a lot off Robbo, him being one of the best left-backs in the world, you learn a lot from just training with him every day. He's a great character. Whatever you need help with, he's always there giving his honest answer.

Carlo Ancelotti is very disappointed with Jović's attitude so far. Even the Serbian's teammates are not pleased with his level that's required to be able to fight for a place in the team. He's not noticeable in the locker room either, he's a ghost.

Diego Simeone’s wage has made the headlines again. In fact, it’s understood Simeone earns as much as €3.33million per month, and that’s not only the highest wage of any manager, but it’s more than many of the world’s best players earn.

Juventus have reportedly identified Liverpool forward Mohamed Salah as a potential transfer target ahead of the summer transfer window.

Erling Haaland's deal with his next club is set to cost: 100 million euros transfer fee, NOT 75M.

Manchester United are putting pressure on to sign Chelsea defender Antonio Rudiger, according to a report.

Milan and Origi have agreed on the contract duration (4 years) but no agreement on salary yet: Milan offer €3M/year while Origi wants €4.5M. It’s possible that a deal is agreed at around €4M. Next few days decisive for the deal.

Scottish giants Rangers may be forced to put winger Ryan Kent up for sale this summer if he fails to sign a new contract, according to a report.

Real Madrid & Barcelona are closing in on an agreement for a pre-season ‘El Clasico’ in Allegian Stadium, Las Vegas.

Manchester United loanee Anthony Martial is unhappy at Sevilla, according to a report.

Liverpool attacker Harvey Elliott has made the top five of Goal's NXGN list for 2022.

Ryan Gravenberch: “For sure Bayern is a top club. If you are worth €25M, then you can be quite proud. It's a lot of money!”. “I know about Bayern interest. My father & agent are dealing with it. I am focused on football”.

Tottenham Hotspur are reportedly weighing up whether to make a fresh approach for Villarreal defender Pau Torres.

Real Madrid’s Víctor Chust: Raúl is very, very demanding, just as he was as a player. He pays attention to detail, he squeezes you, he gets into your head to improve. He’s an excellent coach.

Manchester United are considering Sevilla's Spanish boss Julen Lopetegui, 55, as they continue to search for a permanent successor to Ralf Rangnick.

Barcelona vice president Rafa Yuste tells Cat Radio: “If Ousmane Dembélé continues to feel comfortable, we can meet his agents and he could stay”. “We are working to the best of our abilities to keep Gavi and Araújo at the club. I am optimistic. The players are happy”.

Eden Hazard is loved by the squad & the club’s workers. Friendly, smiling and supportive. Always joyful, positive even with his personal issues he never creates any problems and Ancelotti appreciates that.

Zlatan Ibrahimović on Anthony Elanga: A great talent, we are proud and happy that he comes from Sweden. That he can represent Sweden now makes it even bigger.

Barcelona and other clubs interested in Reguilón know that Real Madrid have a €40 million buy-back clause.

There are concerns for Milan goalkeeper Mike Maignan, who did not take part in training with France today due to an Achilles tendon issue.

Gareth Bale appears and disappears from the day-to-day life in Madrid with an astonishing ease, going away to deal with health professionals outside the club.

Paulo Dybala is a free agent now after Juventus announced they would not renew his contract, so German Denis and Ciccio Graziani urged Napoli to go for La Joya.

UEFA is set to replace financial fair play with a system that will allow teams to spend only 70 percent of their incomes.

Failure to follow the limit could result in deduction of points or relegation from the Champions League.

Zlatan Ibrahimovic admits he feels a sense of panic when he thinks about retirement, but the Milan and Sweden star also notes we should enjoy it now, because you’ll never see the likes of me again.

Venezia coach Paolo Zanetti has been handed a one-match touchline ban for using blasphemous phrases, while Victor Osimhen is among the players suspended in Serie A.

There are no talks of a squad "revolution" beyond the signing of Mbappe and possibly Haaland. The only signings being discussed are home grown players, some players on loan or players where Real Madrid have a buy back option.