By Dimaskinosnews (self media writer) | 6 months ago

The fight for a spot a in the top four of the English Premier League has really been tough for some teams such as Liverpool, Tottenham, West Ham and somehow to Chelsea. Making the last matches for these teams very crucial where every point is very much needed by these team in order to qualify for the UEFA Champions League next season.

This quest has made struggling teams more powerful in teamwork performance all in hope for a spot. Just last night(13 May, 2021), Liverpool F.C which is also battling for a spot had a victory over second place Manchester United. This victory made every one in the team happy with the exception of Sadio Mané. He snubbed a hand shake from his boss after the match. 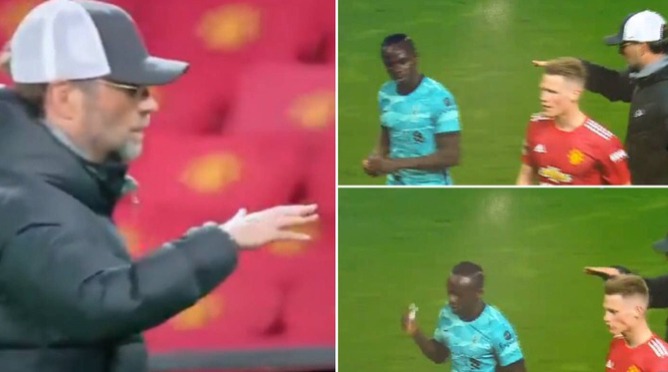 Sadio Mané who came in as a substitute in the second half and did the best he could towards the victory against Manchester United. He however for whatever reason was not happy after the match.

Klopp the boss of Liverpool was left hanging when he tried to give Mané a handshake after the match. He(Sadio) ignored his boss, took of his hand band or whatever it is called, slammed it on the ground and shook his head and went away.

However, Liverpool fans and some analysts have shared their thoughts on this disappointing manner of Sadio Mané. 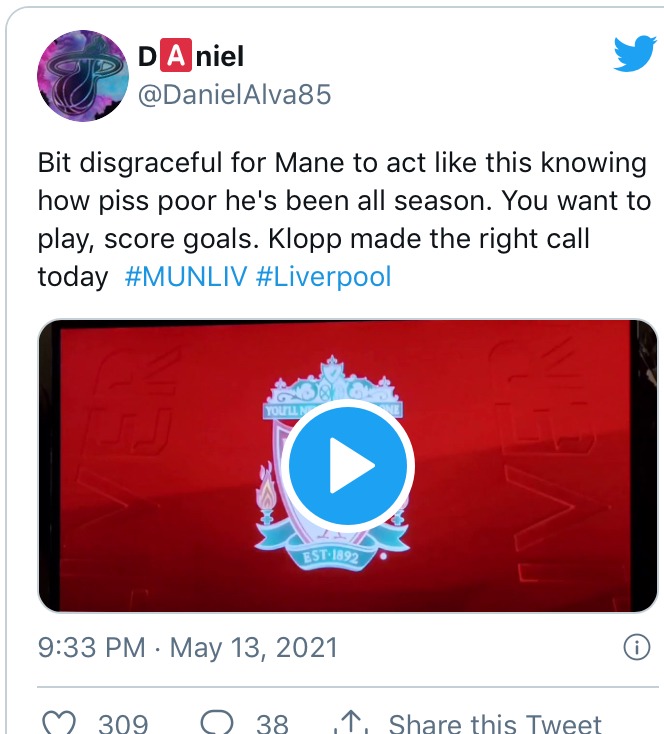 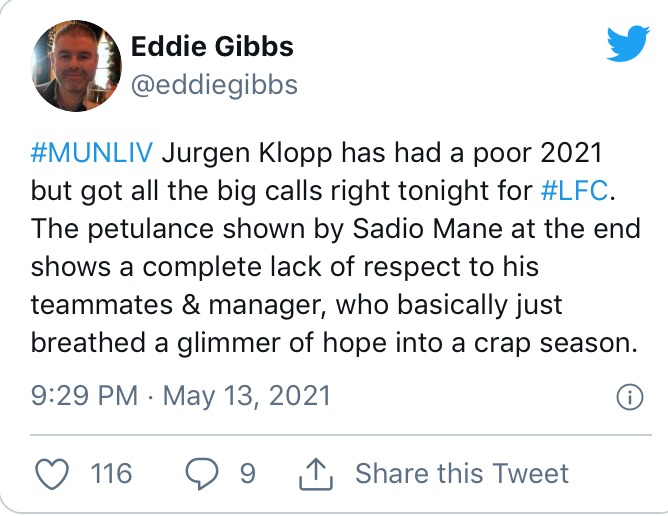 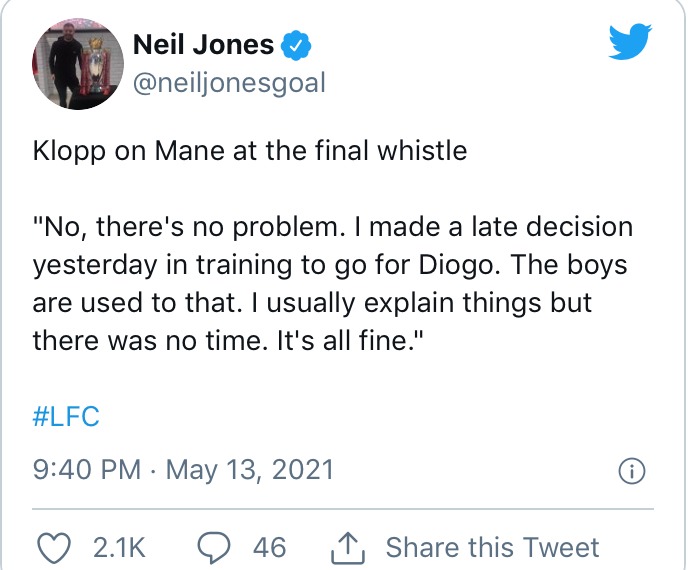 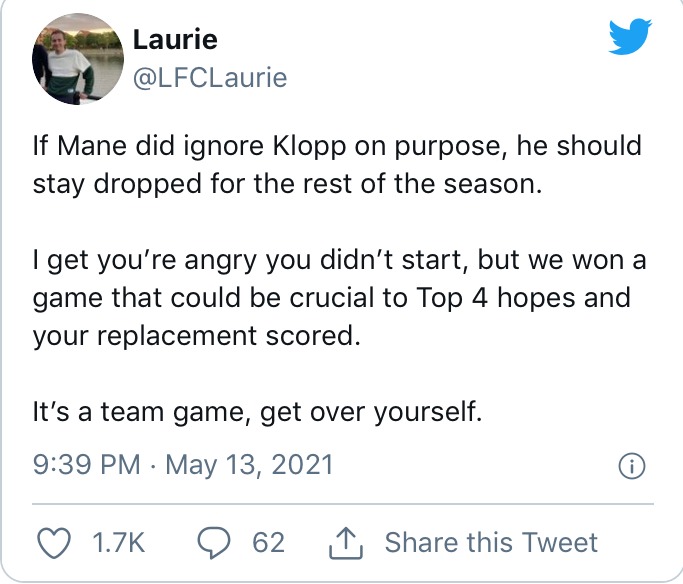