The excitement of football fans was rekindled as the UEFA Champions League 3rd round matches were played today. 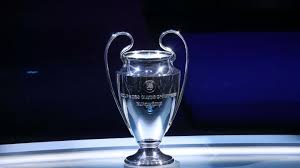 The 3rd Round stage of UCL is the penultimate stage of the Qualifications process before the Group stage draw will be done.

This Qualifying phase consists of teams from the lower European leagues; teams with low UEFA Coefficients are grouped into two paths, to compete for the qualification of the most coveted tournament on earth.

this process will see six teams joining the already qualifying teams from the top leagues in Europe who have gained automatic qualification based on the merits of their league position.

The group stage draw will take place on August 25th in Istanbul, Turkey. 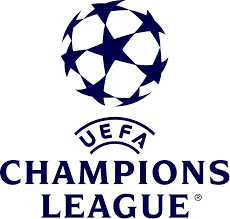 At the LFF Stadium in Vilnius, Mvuka's goal was enough to secure a score draw for the visiting Bodoe/Glimts against home side Zalgiris Vilnius. The match ended 1-1. Ghanaian Francis Kyeremeh's lead in the 39th minute was cancelled in the second half. Bodoe qualified with a 6-1 aggregate.

The match between Apollon Limassol and Maccabi Haifa ended 2-0 and a 2-4 aggregate in favour of Maccabi Haifa. Goals from Ongenda and Coll in the first half of the second league at Neo GSP Stadium were not enough to qualify Apollo. Felix Zwayer officiated the match.

With the first league ending at 5–0, Red Star Belgrade(FK Crvena Zvezda ) comfortably beat Pyunik 2-0 at the Republican Stadium in the second league, qualifying with a 7–0 aggregate.

Last year, UEFA Champions League group debutant FC Sheriff failed to progress to the next round of the playoffs as they were defeated by Viktoria Plzen 2-1 in the second league at the Doosan Arena Plzen. Kliment put the Plzen in front in the 10th minute. FC Sheriff equalized in the second half through an Akanbi penalty but Mosquera's 62 goals were enough to secure qualification on a 4-2 aggregate.

Benfica went away to the Cepheus Park Randers to thrash FC Midtjylland 3-1, with goals from Fernandez, Araujo, and Goncalves. The only consolation goal for Midtjylland came from Sisto, Benfica qualified with a 7-2 aggregate.

At the Stadion Maksimir, Dinamo Zagreb defeated Ludogoret Razgrad 4-2 and qualified on 6-3 aggregate. Drmic, Orsic, and Petkovic were the scorers for Dynamo. Despodov scored a brace for Razgrad.

At home Qarabag FK beat Ferencvaros 1-3 at the Groupama Arena, two goals from Wadji in the second half and Zoubir's early goal were enough to secure qualification. The first league ended 1-1 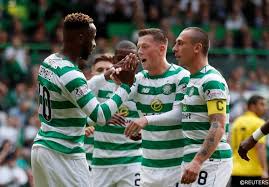 Rangers at the Ibrox Stadium were able to overturn a 2-0 defeat to qualify after they beat Union St. Giloise at home 3-0. The scores were Tavernier, Colak, and Tillman.

PSV Eindhoven needed a late win in extra time to beat Monaco at the Philips Stadion.

The match ended 2-2 in regulation time.

Sturm Graz lost to Dynamo Kyiv on a 2 -1 aggregate at Merkur-Arena. Vivcharenko and Tsygankov were the scorers for Dynamo.

this is a Summary of today's matches;