Arsenal's 3-2 defeat over Liverpool today was a step-up for the Gunners, but it was not surprising considering how both sides have played in recent weeks. With the 3-2 victory, Arsenal maintained their lead at the top of the Premier League standings, 14 points ahead of Liverpool. 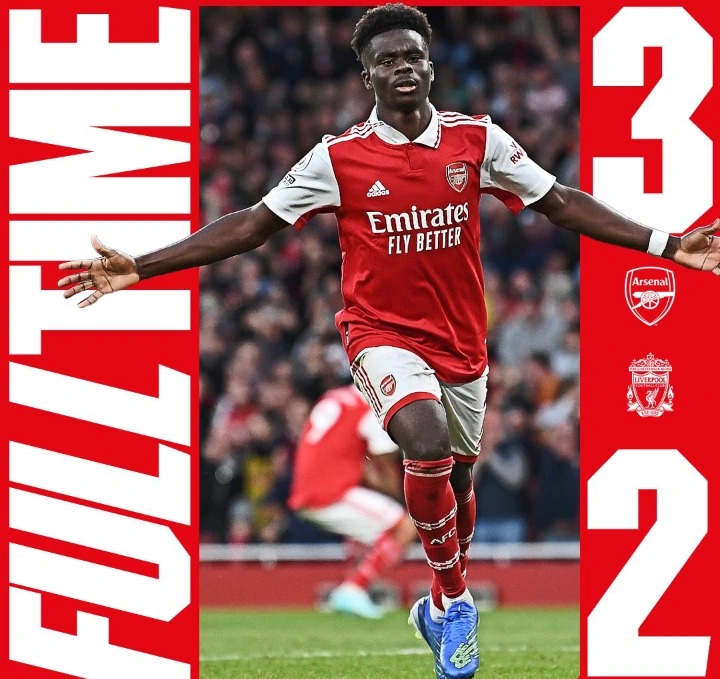 Arsenal grabbed the lead after only a minute when Gabriel Martinelli blasted a well-placed shot beyond Alisson Becker's grasp. Despite the fact that Liverpool equalized against the flow of play in the 34th minute, Arsenal closed the first half on top as Bukayo Saka converted a well-placed ball from Martinelli in first-half stoppage time.

Liverpool equalized in the 53rd minute via Roberto Firmino, but their joy was short-lived in the 76th minute when Bukayo Saka converted from the penalty spot to give Arsenal a much-needed victory.

Many people believe that Arsenal won because of Liverpool's terrible defensive play, yet there are other reasons why Arsenal won.

1.Partey and Xhaka make a pivot. 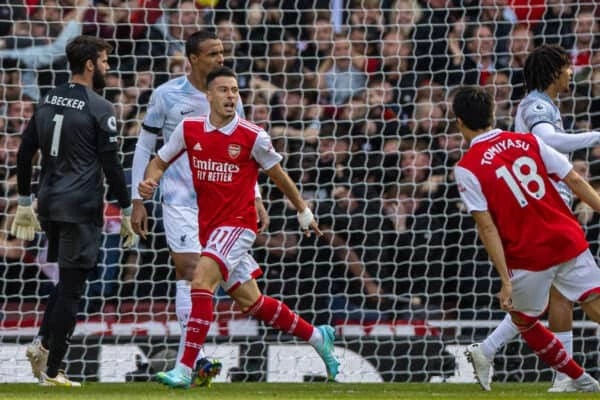 Without a doubt, Partey and Xhaka's dominance in midfield was a major cause of Arsenal's victory.

2. Tomiyasu at the left back position.

The Spaniard's choice to play Tomiyasu as a left-back proved to be a tactical genius, as Mohamed Salah was kept quiet throughout the game.

From the start of the game until Salah was brought off, Tomiyasu refused to allow him any breathing room, outclassing him in practically all of their duels. The result of the game would have been different if Salah had been allowed to play well. 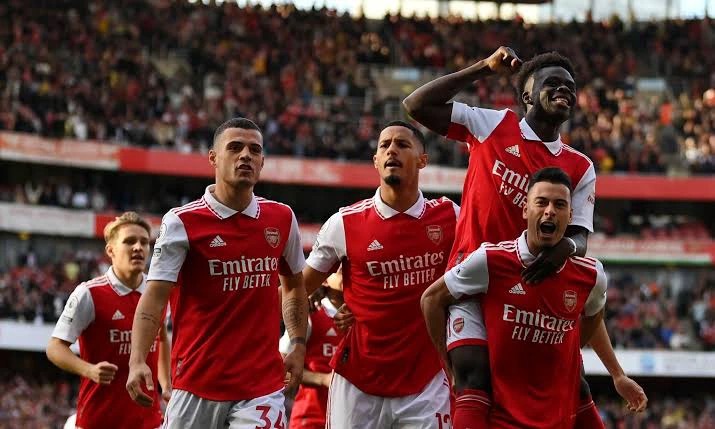 Gabriel Martinelli had another day at the office. Trent Alexander-Arnold, who was charged with guarding against him, was absolutely outmatched by the Brazilian winger.

He was able to score and assist a goal against Liverpool today because of his brilliant runs and offensive play.