Can juventus qualify for next year champions league?

By Gonzalez.gh (self media writer) | 1 year ago 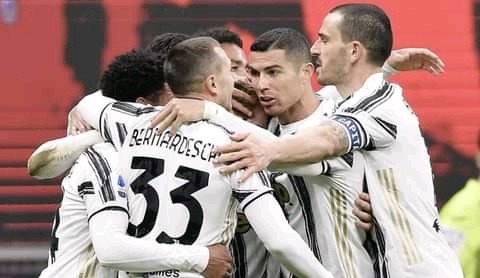 Juventus will contest the Coppa Italia final against Atalanta on Wednesday, before wrapping up their season on Saturday at Bologna. Inter close their successful campaign at home against Udinese.

Juventus emerge from the incredibly dramatic 90 minutes at the Allianz Stadium with a 3-2 win, after what must have been referee Gianpaolo Calvarese’s busiest evening of the year. Three yellow cards and two penalties in the first-half was met by an equally stunning second frame which saw six yellow cards, two sendings off, a Chiellini own goal allowed after VAR intervention and an 88th minute Cuadrado spot-kick, which proved to be the winner. Juve’s Derby d’Italia win sees them jump Napoli into fourth place and into a Champions League spot ahead of matches tomorrow for Milan and the aforementioned Partenopei. The loss for Inter is merely a statistic, as Conte’s side have already clinched the Scudetto. Juventus are hoping to qualify if only Napoli and AC Milan drop a points in their next few games left while juventus win their incoming matches left.

Content created and supplied by: Gonzalez.gh (via Opera News )