Andre Silva Reveals Why Cristiano Ronaldo is Above Others

By Hajia_Maryam (self media writer) | 26 days ago 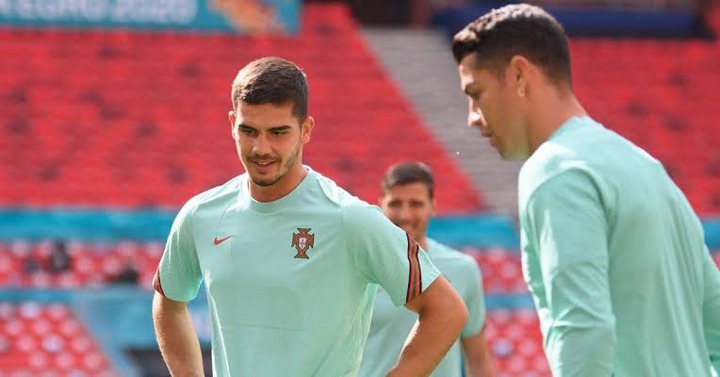 This is the case for Leipzig scorer Andre Miguel Valente Silva. The former FC Porto, AC Milan, Sevilla FC and Eintracht Frankfurt striker finds no match for his national team captain. For him, Cristiano Ronaldo is the number one footballer in the world.

Cristiano Ronaldo's longevity is as impressive as it is submissive. Everyone around him is forced in one way or another to bow to the demands of his excellence. His opponents are afraid of him, his teammates appreciate him.

Given the laudatory quality of his words, one can read the admiration that André Silva feels for Cristiano Ronaldo. The native of Gondomar in Portugal wants to try to follow in the footsteps of his elder brother, and it shows.

"Cristiano Ronaldo is above all the others," said Andre Silva during his official presentation in Leipzig. He has done some amazing things in his career. Playing alongside him is an accomplishment. What he achieved is incredible. Everyone is making their own way, and I will try to follow my own path. I'll do my best. If I could even have a small part of his success, that would be great".

Andre Silva and Cristiano Ronaldo, on the other hand, do not have a ten-year age difference. The younger one is 25 years old, while the older one is well into his mid-thirties. Only a striker with the ability to move 20 pawns per season, Cristiano Ronaldo is more than that. We're talking about a person with more than 700 goals and 200 assists who has won the Golden Ball five times and the Champions League with his team.

Do you think he's saying the right thing? let's hear your own view