Top Two(2) Amazing Youngsters In The Making To Become Great Players In The World Of Football. 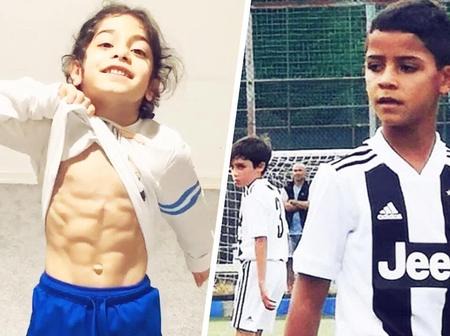 So far, in the world of history, there are two amazing youngsters that are making histories in football and they are coming up as future football stars. These two youngsters include; Arat Hosseini and Christian Ronaldo Junior.

Arat is a little boy of Seven years(7 years) he was constantly moving and was always active when he was younger( 5 years). He has become the talk of football fans everywhere, all thanks to the amazing skills that have prompted a number of football stars including; Lionel Messi to praise his talent. He has been countless times to have adopted Lionel Messi's style of play alongside Ronaldinho. 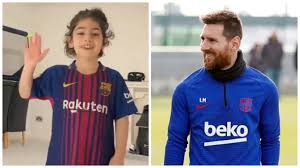 From Gymnastics to Football

He started doing gymnastics even before he joined a small club. He was very enthusiastic. He was five at that time and his father( Mohammed Hosseini) encouraged him and sought for better opportunities for him. He’s been always passionate about sports. 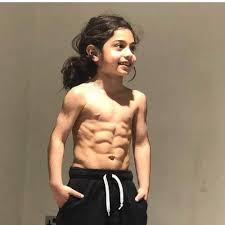 Arat's talent is not limited to football. Anyone who sees his eye-catching physique cannot fail to notice his toned stomach muscles and firm hands. Mohamed discovered that his son had unusually strong hands when he was three months old, which encouraged him to enroll Arat in gymnastics classes. 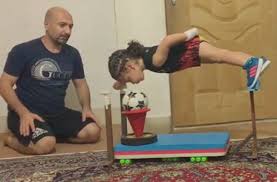 He has four million(4 million) followers on Instagram.It appears that the popularity that Arat has achieved through his special social media videos is just a step towards a greater goal for both father and son.

Mohammed, his father said: “Arat wants to be the best player in the world. At the same time, we’ll provide him with quality education and training and will take solid steps towards that direction.”. Also, due to his talent and self-motivation, Mohammed also included that, he will ensure his son becomes a great player and that he also appears as the youngest player at the world cup. 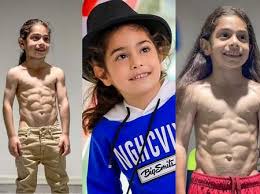 No one knows what the future holds for the youngster and if he will manage to achieve these dreams. But what is certain is that Arat’s special talents have caught the attention of football fans the world over.

The next football youngster is Cristiano Ronaldo Junior. He is currently 11 years old and his father the Portugal captain( Christian Ronaldo) wished him happy birthday on Instagram on Thursday (June 7). He is a talented footballer and plays for the Juventus junior side. 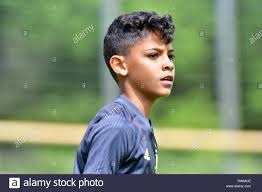 When the adage, “Like Father Like Son” is said, it is mostly true in some cases. The adage is true in the life of Cristiano Ronaldo Jr. Talking about Cristiano Ronaldo is speaking about goals, and that seems like it will continue with his 11-years-old son showing mind blowing signs at the early stage of his career that he might even be better than his father. 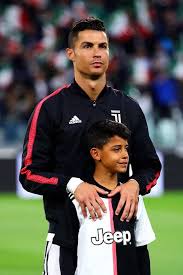 So far, Cristiano Ronaldo Jr has much more than the genes of his father Ronaldo to deserve the media attention.

Cristiano Ronaldo Jr is the eldest son of the Portuguese and Juventus superstar Cristiano Ronaldo. He is already a skilled football player with many media praises attributing his qualities. He has two trophies, the Copa 2017 and Pichichi (Award for scoring most goals in the league) to that of his father. 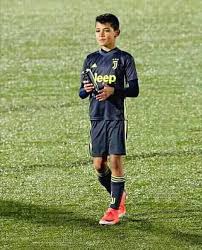 Again, in April 2019, Cristiano Ronaldo Jr made headlines when he netted seven(7) times in the first half during a game at the Torneo Internacional de Futbol de Maritimo in his father’s native town of Madeira. The youngster would go on to manage 25 strikes in eight(8) games for Juventus under-9 that season. In all, he was revealed to have scored 58 goals and provided 18 assists in just 28 games for the Juventus youth team last time. This youngster is showing mind blowing abilities and this is encouraging for his future. Ofcourse, he has an upper hand over Arat because of his father's influence and achievements in the world of football. 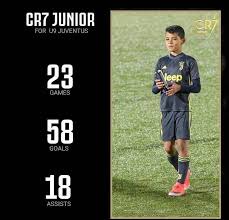 Should he continue at this speed, Cristianinho(nickname) could possibly surpass and overthrown his father in the future.So far, the youngster is already writing his name in the history books of football.

Content created and supplied by: Mrr.Zho_zhi (via Opera News )