'We let ourselves down against Arsenal' - Hudson-Odoi 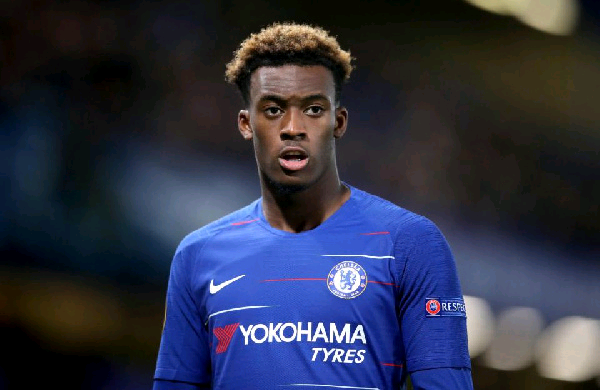 Chelsea "began excessively moderate" against Arsenal and can do "much better," says Callum Hudson-Odoi, who asserts the entire crew let themselves down in the London derby.

Munititions stockpile finished a seven-coordinate winless disagreement vehement style against Chelsea at Emirates Stadium. Objectives from Alexandre Lacazette, Granit Xhaka and Bukayo Saka wrapped up a 3-1 triumph for Mikel Arteta's side on Saturday, with Tammy Abraham's 85th-minute exertion adding up to simply a comfort for the guests.

Chelsea were top choices in the number one spot up to the match, yet got themselves totally over-run in the main half and left it past the point where it is possible to begin mounting a rebound.

Hudson-Odoi had a major effect in the wake of going ahead for Timo Werner at the span and set up Abraham's objective, yet he was "frustrated" by the Blues' exhibition.

"It seems like we let ourselves down," the England global said after the last whistle. "We realize that we can show improvement over we did. We ought to have put a similar energy we had in the second half into the primary half also.

"We ought to have had a similar mentality as it so happens and pushed completely through the hour and a half. So we're truly frustrated in ourselves.

"We began excessively moderate, we as a whole realize that. We knew from the beginning it would have been a troublesome game regardless. They're Arsenal, they're a decent group.

"We needed to come around here and attempt to get the three focuses yet tragically we didn't. We realize that we began moderate. In the second half we gave better to come a shot quicker.

"We were shocking to surrender another objective since we got ourselves sort of back in it, yet we need to push more enthusiastically and continue working more earnestly to get the three focuses."

"Tragically they got another objective, however at 3-0 we actually looked sure to push to attempt to get in any event a downside. We continued pushing until the end however sadly, we were unable to get the outcome."

Chelsea currently wind up down in seventh in the Premier League table, six focuses unfastened of pioneers Liverpool - who have played a game less - however Hudson-Odoi demands the group will keep battling for the title until the last.

"Regardless of where we are in the association we will continue pushing until we will number one and regardless of what the game is, we're Chelsea, we need to give our best every game regardless and ideally keep ascending the table," said the winger.

"We're totally disillusioned each time we lose. We don't care for losing. That is the Chelsea attitude, we generally need to dominate matches. So when we do lose or we commit two or three errors in games, we're totally disillusioned with ourselves. At the point when we win we're generally cheerful when we lose we're frustrated, so we need to return to winning ways and remain upbeat."