Top ten most valuable companies in the world right now

By GhFActs (self media writer) | 1 year ago 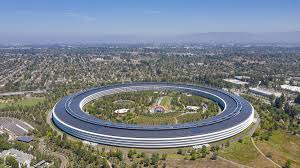 ARAMCO is an acronym which stands for, ARABIAN AMERICAN OIL COMPANY. It is the official Saudi Arabian oil company headquartered in Dhahran, Saudi Arabia. This multinational petroleum and gas company has been able to maintain its prominence in the world of business based on the fact that most of the world’s energy needs are still dependent on the oil and gas industry. It is mostly owned by the Government of Saudi Arabia(around 99%). ARAMCO reported 330 billion USD revenue in 2019 making undoubtedly a wealthy company. It consists of a work force of about 76,000 with current CEO, Amin H. Nasser, at the helm of affairs.

This company needs no introduction. Apple has become a household name. Their products can be found at every corner of the world. It is no wonder that they are the second on our list of valuable companies. Apple has stuck to the values which their visionary founders started it with. They have successfully revolutionize many industries which has made the company a prominent force in the business world. Apple Inc. is an American multinational technology company headquartered in Cupertino, California, that designs, develops and sells consumer electronics, computer software, and online services.

Another well-known name. Microsoft revolutionized the personal computer industry with its incredible operating system, windows, under its founder Bill Gates. Since then it has built upon its flagship product while expanding its influence. Microsoft Corporation is an American multinational technology company with headquarters in Redmond, Washington. It develops, manufactures, licenses, supports, and sells computer software, consumer electronics, personal computers, and related services.

Amazon.com, Inc., is an American multinational technology company based in Seattle, Washington, which focuses on e-commerce, cloud computing, digital streaming, and artificial intelligence. Amazon which started as an e- commerce site selling books is now a conglomerate with products ranging from AI products to web services. All these exploits has made its founder and CEO, Jeff Bezos the wealthiest man on this planet.

Alphabet Inc. is an American multinational conglomerate headquartered in Mountain View, California. It was created through a restructuring of Google on October 2, 2015, and became the parent company of Google and several former Google subsidiaries. Apart from Google and its subsidiaries(youtube, gmail etc), Alphabet is also involved in building smart homes, AI research among others. It is a company with many interests in different sectors making it befitting of the title conglomerate.

Facebook, Inc. is an American social media conglomerate corporation based in Menlo Park, California. Facebook as a company has been very successful over the years. It is the biggest social media company in the world. It has broadened its market share with acquisitions of Whatsapp and instagram. Facebook has numerous other subsidiary companies as well.

Tencent Holdings Ltd, also known as Tencent, is a Chinese multinational technology conglomerate holding company. Founded in 1998, its subsidiaries globally market various Internet-related services and products, including in entertainment, artificial intelligence, and other technology. Tencent, which is already the world’s largest games company in revenue terms, owns “League of Legends” developer Riot Games, an 84% stake in Supercell (“Clash of Clans”), 80% of New Zealand’s Grinding Gear Games (“Path of Exile”), 40% of Epic Games, 14.5% of Glu Mobile, 11.5% of Bluehole, and 5% stakes in Activision.

Berkshire Hathaway is an American multinational conglomerate holding company headquartered in Omaha, Nebraska, United States. This company has a diverse portfolio with interests in many companies in different industries. The owner and CEO, Warren Buffet is considered one of the greatest financial minds to have ever lived making his fortune through strategic investing.

Tesla, Inc. is an American electric vehicle and clean energy company based in Palo Alto, California. Tesla’s current products include electric cars, battery energy storage from home to grid scale, solar panels and solar roof tiles, and related products and services. Tesla profits keep rising and nothing can go wrong with this company. From a very rocky initial years no one could have imagined how big Tesla would grow to become. With a charismatic and visionary leader in Elon Musk, this electric car company is setting itself up to achieve more gains, making it a befitting addition to our list.

Content created and supplied by: GhFActs (via Opera News )