Why The Hashtag #FixTheCountry Is Trending On Twitter Ghana

By Phlexnews (self meida writer) | 14 days

Ghanaian Twitter users, celebrities and influencers have all joined forces to trend the hashtag, #FixTheCountry. This was in relation to the current economic state of the country. Many people are complaining at the rate at which things are going up. This include the current dumsor, increment in call and data charges, $25 million budget for the Black Stars team for AFCON, lorry fare to go up and other issues happening in the country. 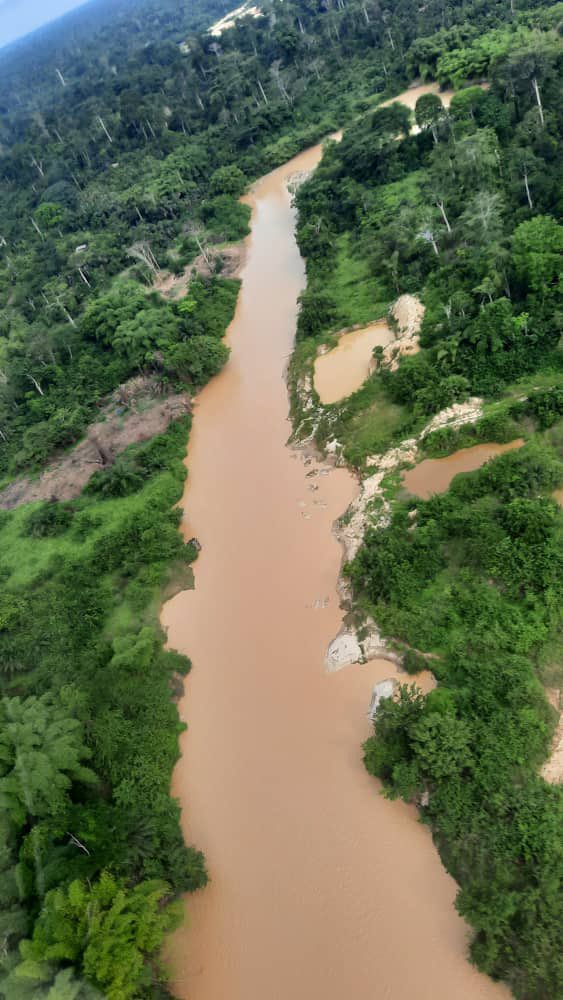 Despite all these, salaries of Ghanaian workers remain the same. There hasn't been any hint of increase in salaries. Others are also complaining about bad roads and the traffic situation in the capital city, Accra. All these pressing issues brought about the #FixTheCountry. Many people want these issues to be fix. Going through social media, I captured some celebrities and influencers who are loud on these issues. 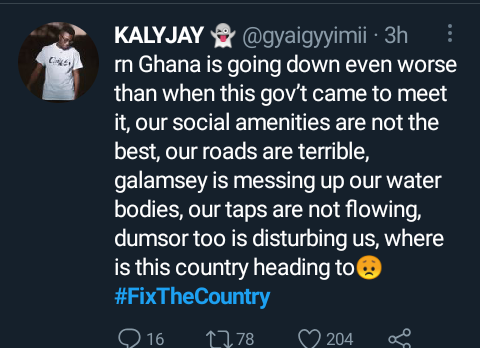 Kalyjay is Twitter influencer and this is what he had to say. He touched on some of the things feels the government should correct. He talked about the water situation in Ghana which is affecting majority of people living in Accra and its environs. 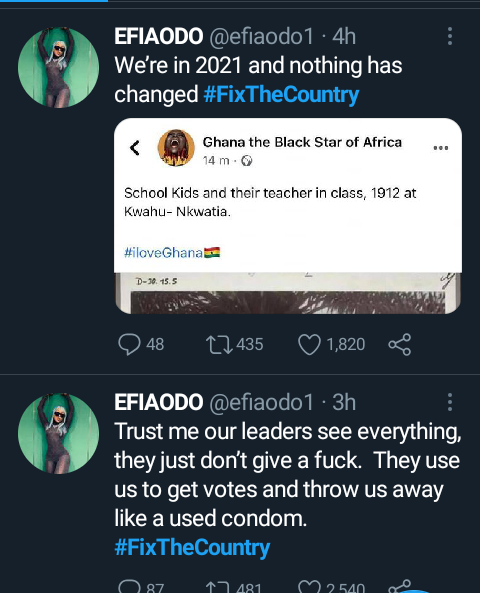 Many people, especially those who uses social media, knows Efia Odo to be a controversial celebrity in terms of her outfits. She has expressed her view on this same issues happening currently in Ghana. He feels nothing has changed since 1912 where pupils sit under trees to study. This practice is still happening in some remote areas. 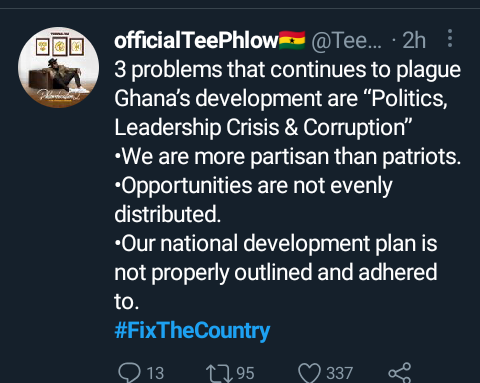 Corruption has been a major problem against Ghana's development. It as hindered development and it doesn't look like the government is winning the fight against corruption. This is what Teephlow is also talking about here. The leadership is also in crisis according to him.

Sammy Forson is an ace broadcaster who works with Multimedia Group. He has been waiting for this moment where the youth will press the government to fix certain things that aren't going right in the country. These are just few of the people on social media using the #FixTheCountry. The question is, is this going to make a difference some day?Are these issues they are talking about going to be fix by the government?