Why King Nebuchadnezzar Turned Into A Beast.

By DDld (self media writer) | 1 year ago 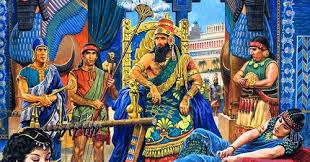 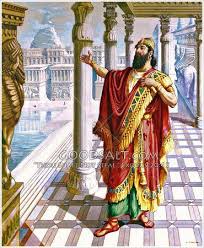 In the Bible book of Daniel chapter 4 tells us how this Great King of Babylon which was the third Kingdom to rule the world became insane for seven years acting like a beast and eating grass as such. It all begun my a single dream that this king had and after it was interpreted by the prophet Daniel something ensued and it happened to the King.

Daniel chapter 4 verse 10 to 33. King Nebuchadnezzar had a dream of an immerse tree and this tree was in the middle of the earth. It height finally reached the heavens and it became very strong. It became visible to the extremity of the whole earth. It foliage was fair and the fruits wad abundant and there was food for all on it. Under the tree beasts of the field would seek shade, and on its boughs the birds of the heavens would dwell, and from it all flesh would feed itself. An Angel of the Lord came to request that the tree be chopped down. However its root stock should be left in the ground and a banding of iron and of copper should be tied around its stump.

The King became afraid and terrified and he called all his magic practicing priests and conjurers to interpret but to no avail.

Prophet Daniel was called and he interpreted the dream. he said this giant tree that you saw in the dream represent you Nebuchadnezzar King of Babylon because your rulership has grown great and reached the heavens and to the extremity of the earth it has reached.

The chopping down of the tree means your rulership shall be taken away from you for sevens years.

The King should have acknowledged the Supremacy of God Almighty and seek for deliverance but he did not because of pride. One day he was walking on one of his magnificent buildings and was boasting that it was his strength that built Babylon and whiles talking his sentences was given to him immediately which took effect instantly.

The benefits of this story should make us be humble and submissive to our Creator in all our endeavors. Whatever we have achieved in life is because of God because he gives us life.

Take care and be blessed.

Content created and supplied by: DDld (via Opera News )