Check Out Reactions Of Ghanaians When The Amount Spent on Private Jet Travels By Prez. Was Revealed

By JNTurkson (self meida writer) | 28 days

The President of Ghana, H. E. Nana Addo Dankwa Akuffo-Addo has been under a lot of criticisms and pressure during his second term in office. It started from Ghanaians demanding the country to be fixed by the president. From there, the demand and criticisms has moved from one thing to another. Recently there has been another allegation levelled against the President of Ghana. 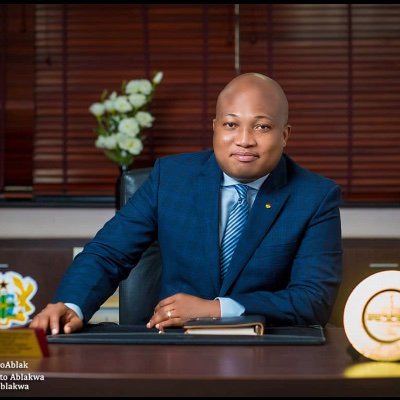 Hon. Samuel Okudzeto Ablakwa, Member of Parliament for the North Tongu Constituency took to his Facebook to write a very long post on matters relating to the President of Ghana. The post was concerns of the MP on the travels of the President.

In his post the MP spoke about the President’s plea for debt cancellation by France’s president but the President of Ghana in return has imposed several taxes which has made the life of the Ghanaian people unbearable. He reveals or alleges that the president has spent a total of slightly over GH¢ 2.8 million just on his recent travel to the European country, France when he travelled using a private jet instead of the presidential jet. The MP arrived at the said figure by doing the calculations of the various costs involved during the president’s travel to France. The MP was also bothered by the purpose of the president's travel. 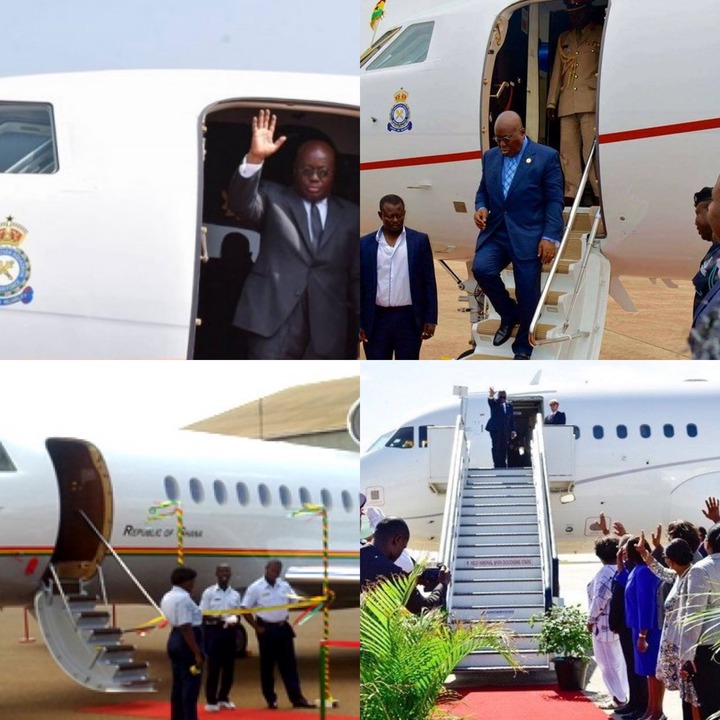 He added that he was informed by aviation experts that the country would have saved over 85% of the said amount (slightly over GH¢ 2.8 million) if the president had used the presidential jet which was available and was also in good condition. Wow that's a very huge amount.

He concluded that he has made a call on parliament to take this matter up for discussion and hold the president accountable in order to save the country huge sums of money in these trying times.

It is known that in previous times, the past presidents used the presidential jet provided by the state in order to save the country a lot of money.

The post by the MP has received several reactions from the Ghanaian people. Let us look at some of the reactions as shown below: 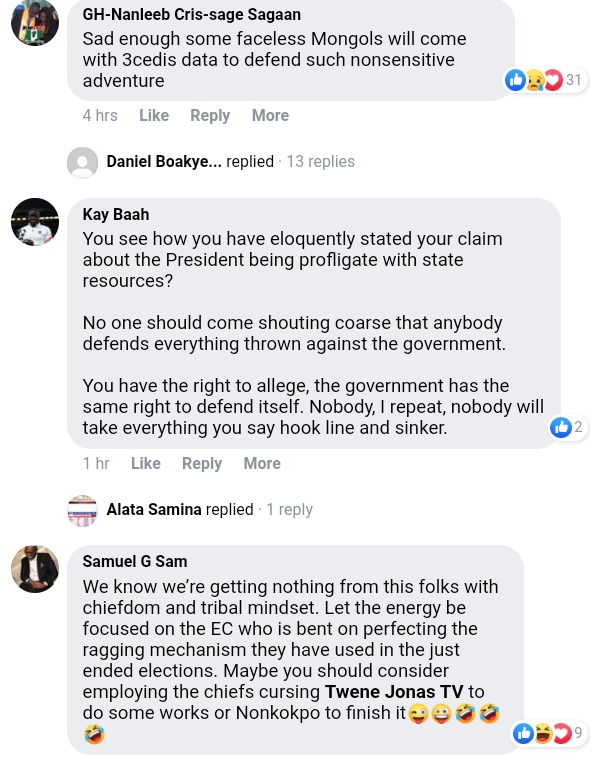 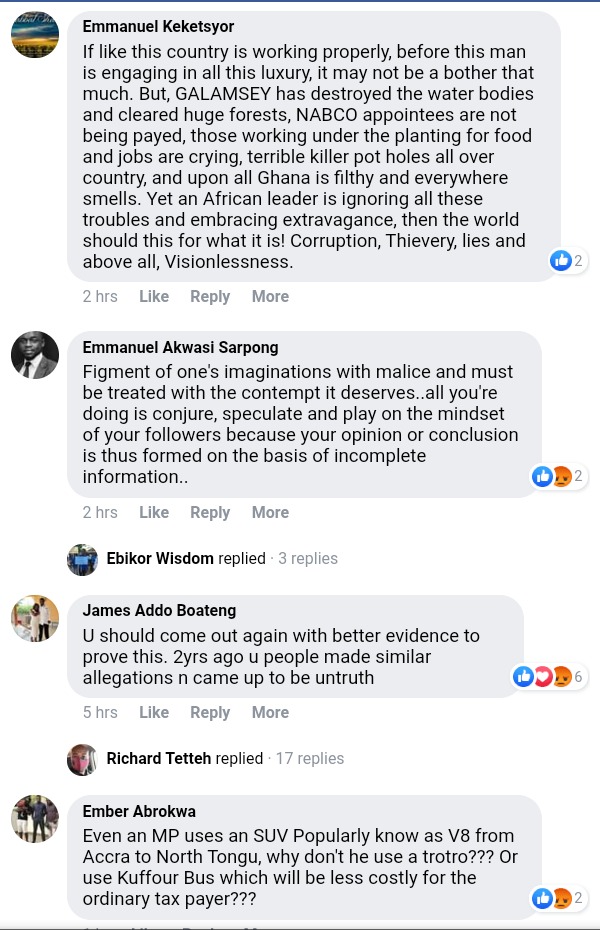 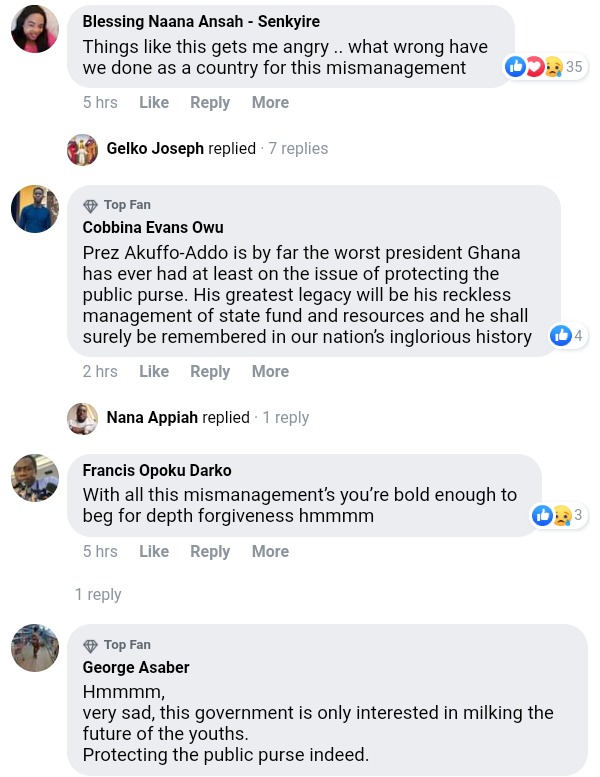 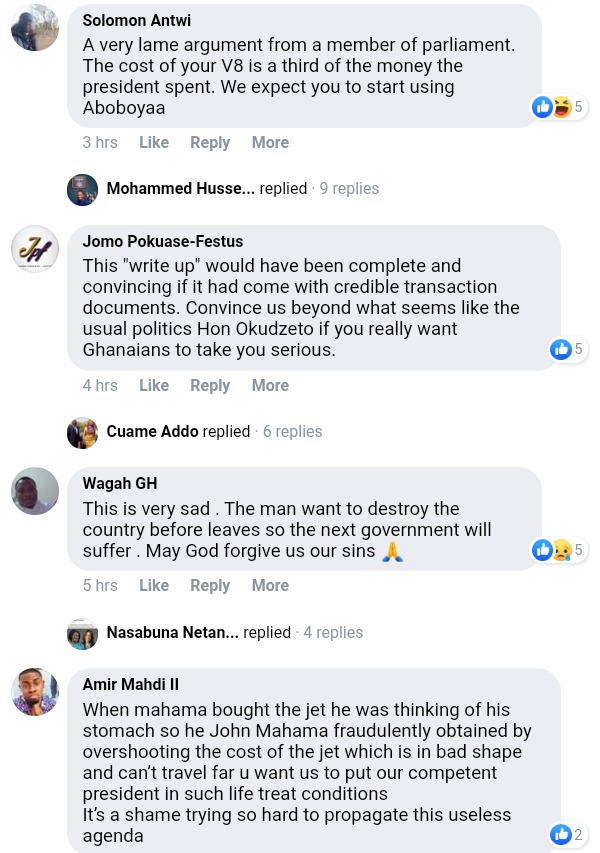 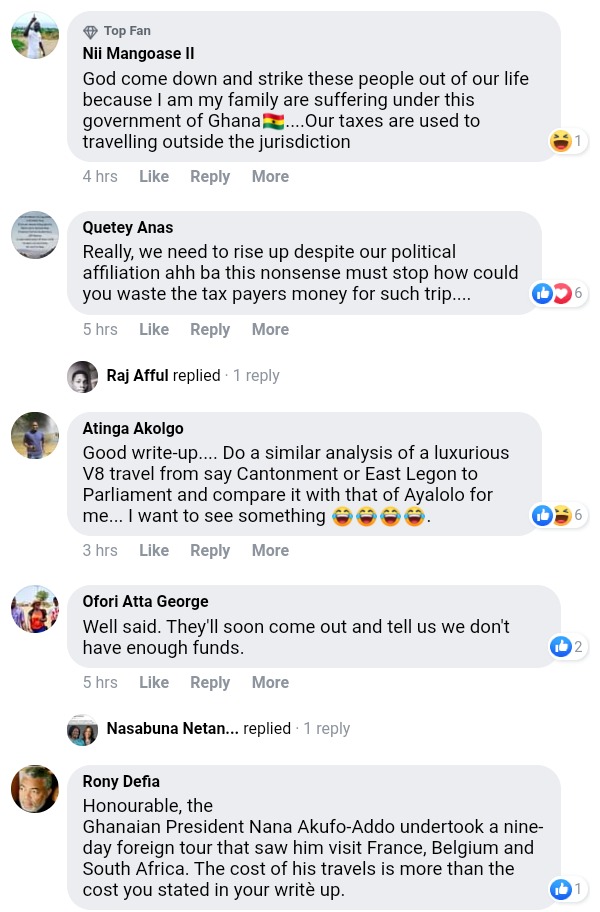 The question then is: "what could be the cause of the president not using the presidential jet provided by the government but opts for a private jet in recent times?" Kindly leave your comments below.

Our Presidential Jet Is Not ‘Aboboyaa’: Okudzeto Ablakwa Tells Nitiwul Straight In The Face

You’re My Cousin But That Appointment Is A Demotion: Okudzeto Ablakwa Fires

Important Notice To All National Service Personnels (NSS). Before is too late.