The poorest countries in Africa

By KwadwoSarfoGh (self media writer) | 8 months ago 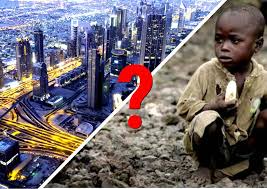 Located in Southern Africa, Malawi is landlocked, sharing its borders with Mozambique, Zambia and Tanzania. The country has an estimated population of 18.6 million (2019), which is expected to double by 2038.

Malawi remains one of the poorest countries in the world despite making significant economic and structural reforms to sustain economic growth. The economy is heavily dependent on agriculture, employing nearly 80% of the population, and it is vulnerable to external shocks, particularly climatic shocks.

The Malawi Growth and Development Strategy a series of five-year plans, guides the country’s development. The current Building a Productive, Competitive and Resilient Nation, will run through 2022 and focuses on education, energy, agriculture, health and tourism. In January 2021, the government launched the Malawi Vision 2063 that aims at transforming Malawi into a wealthy and self-reliant industrialized upper middle-income country.

Malawi is a generally peaceful country and has had stable governments since independence in 1964. One-party rule ended in 1993; since then multi-party presidential and parliamentary elections have been held every five years.

Malawi’s sixth tripartite elections were conducted in May 2019. The presidential results were nullified in February 2020 by the Constitutional Court. Fresh presidential elections were held on June 23, 2020, in which Lazarus Chakwera of the Malawi Congress Party and Saulos Chilima of the UTM Party were elected as president and vice president respectively after getting 58.6% of the votes. They won against Peter Mutharika of Democratic Progressive Party and United Democratic Front coalition, who received 39.4% of the votes. President Lazarus Chakwera and Vice President Saulos Chilima lead a coalition of nine political parties.

Malawi’s economy continues to be heavily affected by the COVID-19 pandemic. The economy was severely hit by the second wave of the COVID-19 pandemic which largely subsided by March 2021, but a third wave led to a jump in case numbers from June to August. As a result, the government increased social distancing policies which impacted the services and industry sectors, although these policies were then lifted in August as conditions improved. Favorable weather and agricultural input subsidies have contributed to a one-time jump in the maize harvest, and tobacco production also increased as such the economy is expected to grow at 2.4 percent in 2021.

Headline inflation picked up to 8.4 percent in August 2021. Robust food supplies following the strong agriculture season led food inflation to decelerate to 9.7 percent. However, non-food inflation has increased to 7.2 percent partially due to depreciation of the kwacha.

Fiscal pressures from the pandemic and government expansionary policies, including the introduction of the Affordable Input Program contributed to the fiscal deficit widening to 7.1 percent of GDP in FY2021. Expenditure reached the highest levels in recent years due to high levels of expenditure on wages, interest payments, and fertilizer subsidies. Development spending has also been strong, driven by COVID-19 response programs, and irrigation and water projects.

Domestic debt continues to increase and has pushed Malawi into high overall risk of debt distress, and it is budgeted to continue rising sharply. This is being compounded by recent external non-concessional borrowing. This increasingly reducing fiscal space for development spending and also risks crowding out private sector investment.

The increase in agriculture yield has contributed to stronger employment in rural areas, while urban employment has only shown a slower recovery from the pandemic. Moderate and severe food insecurity has also reduced by June 2021, although poorest households continue to be the most insecure. Poverty and inequality remain stubbornly high. The national poverty rate has slightly declined from 51.5% in 2015/16 to 50.7% in 2019/20. Poverty in Malawi is driven by low productivity in the agriculture sector, limited opportunities in non-farm activities, volatile economic growth, rapid population growth, and limited coverage of safety net programs and targeting challenges.

Malawi continues to rely on subsistence, fainted agriculture, which limits its growth potential, increases its susceptibility to weather shocks, and creates food insecurity. Trade policies and a business environment continue to impede investment and commercialization, as well as erratic electricity supply that limits value addition and slows economic diversification. Public investment has been low, offset by large and increasing subsidies to maize production. Weak fiscal management and economic policies have contributed to recurring and increasing fiscal deficits, which have been largely funded by high-cost domestic borrowing and resulted in a surge in public debt.

They Are Using My Name For Bad Things; Disregard Any Post From Them- Mahama's Aide Speaks

Watch what this driver was filmed doing in public naked. People reacted.