The Regional Tours of Nana-Addo will finally come to an end as he tours the Greater Accra Region. The last Region of the total 16 regions he has toured so far.

To begin the Tour, he first made an appearance at popular radio station Peace FM to lay down his plans as he tours the region and also discuss other matters which ought to be addressed.

The presenter of the program, Kwame Safe Kayi asked the president a direct question about an incident which happened in Cape Coast, where he had his previous regional tour. 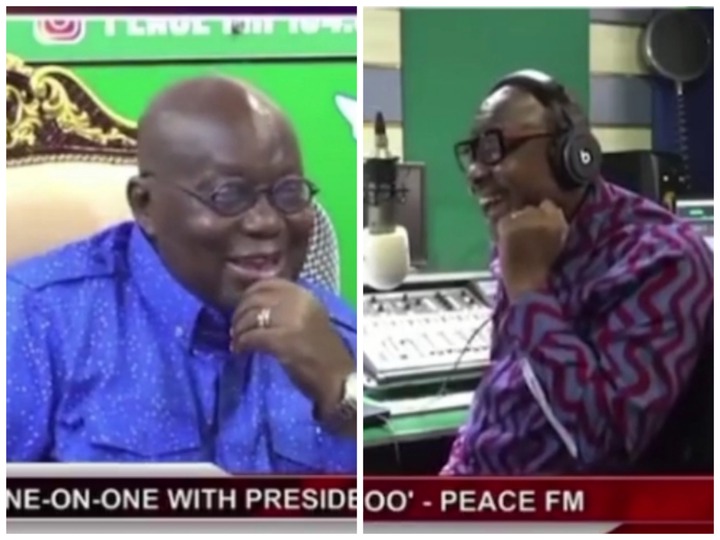 The facts, however, showed the President’s claims were untrue which unsettled many people and generated alot of controversies and debate.

Realizing it was true afterwards, He admitted he made a mistake and pleaded for the people of Cape Coast to forgive him for his statement.

After all, we (Including the President) are all humans and we make mistakes one way or the other.