Where Did The Fantes Come From?

Where did the Fantes Come From? 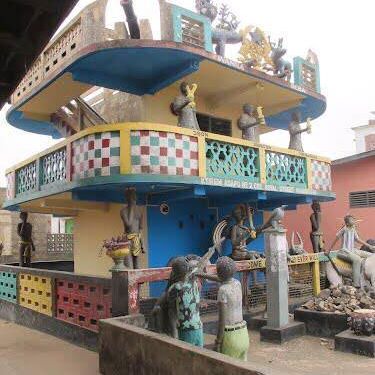 About a thousand years ago, the Akans established the Bono state. All Akan groups, irrespective of their present location trace their immediate root to the Bono state.

In 1250 AD, part of this Akan group broke away and started on a journey towards the coast. It appears this group knew exactly where they were going. The group must have been a large one, perhaps half of the total Bono State. This group, by their course, breaking away, came to have their name, "Fa Atsew," which later became Mfantse meaning half has broken away.

The breakaway took place in Krako, the present-day Takyiman in the Bono-Ahafo region of Ghana. It is interesting to know that the modern Bono and the Mfantse languages of the Akan have great similarities.

Little is known as to what caused the Fantis to embark on that exodus. But there is no doubt that the exodus must have arisen out of a great ambition of the Fantis establishing their own distinct Akan Kingdom. The exodus was headed by Three warriors named Obrumankoma, Odapagya, and Oson; the whale, the eagle, and the elephant. These were a great force to reckon with. The Eagle representing a powerful air force, the Whale a naval force, and the Elephant, a forest or a great infantry. Thus, by their name, we get to know that these three royal warriors were great army commanders. These warriors were backed by a fetish priest called Okomfo Amona.

The journey might have taken two years. And the route was south-south through the then dense forest to the coast.

On the way, Obrumankoma and Odapya died and were embalmed and carried along. Oson led the way to a place now called Oman Kessim, or Mankessim, still existing in the central region of Ghana.

Upon arrival, Obrumankoma and Odapya were buried at a place now called Nananom Mpow. This took place after the Fantis had defeated the natives of the land, a people they named "Tsifuifo", who were apparently guan settlers. Okomfo Amona planted a tree to see if the place was habitable, and just the following day, the tree started to grow. The tree became an object of spiritual consultation.

Thus the Fantis at last settled in Mankessim in 1252 AD, about 854 years ago. Having settled, a king was installed, and the Fanti culture, occupation, religion, and way of life begun. 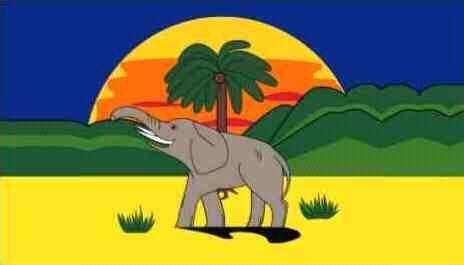