Fixthecountry Conveynor Oliver Barker following the ongoing alleged Private jet used by Akufo-Addo to travel and it's denial by Eugene Arhin , has asserted that Ghanaians entertain a lot of craps.

In a post shared on his official Facebook page on Friday, he wrote that Ghana really entertain a lot of craps. 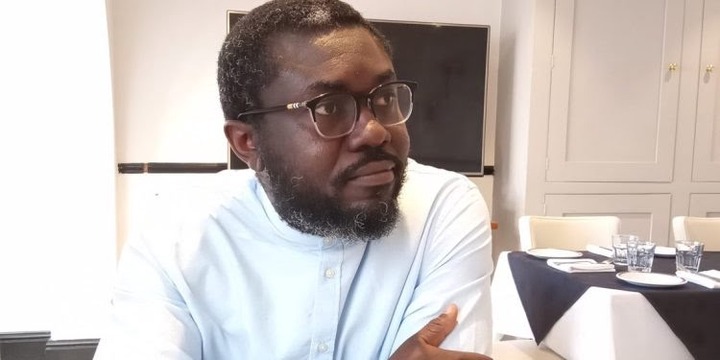 He explained that, the President through his minion Eugene Arhin has released the most ridiculous story trying to explain why he chartered another luxury jet.

"This man says he flew to Paris then took a train to Brussels for his meeting but that he had heard that the day he arrived in Brussels, Brussels airport people were on a strike which ended the same day. The President did not arrive through Brussels airport. He arrived through Paris. Oliver said. 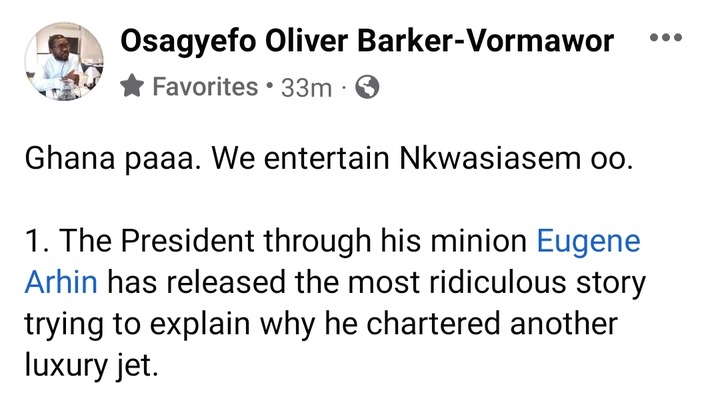 Oliver argued that, when he was leaving Brussels two days later, he decided that the best thing to do was charter a plane to Rwanda. He then asks, Is Samuel Okudzeto Ablakwa expecting me to go to London or Amsterdam to go and take a flight?

The Fixthecountry Conveynor quizzed that you took a 2 hour train from Paris to Brussels. Isn’t the logical thing to do, to go back to Paris, where there are no strikes and get a flight to Kigali?

"Why are you using someone else’s strike to be a thief?

A business class ticket would have cost us just 4500 dollars. But because you don’t care; and you know that Ghanaians are just resigned to suffer your presidency, you chartered a whole flight." He ended.

Okudzeto Ablakwa in a Facebook post revealed that, the President of Ghana has chartered a luxurious private jet again. Following his claims the Directorate of Communication has denied it. They said Akufo-Addo and his 12 members entourage took a commercial flight. The above is the release by Eugene Arhin.