Top ten most beautiful places in the world you might not heard of.

By maywedar (self meida writer) | 14 days

The world is full of beautiful places that most of us don’t even know about. From breath-taking waterfalls and jaw-dropping natural wonders to mysterious lost cities and quaint landmarks. Here are ten of the most beautiful places in the world; 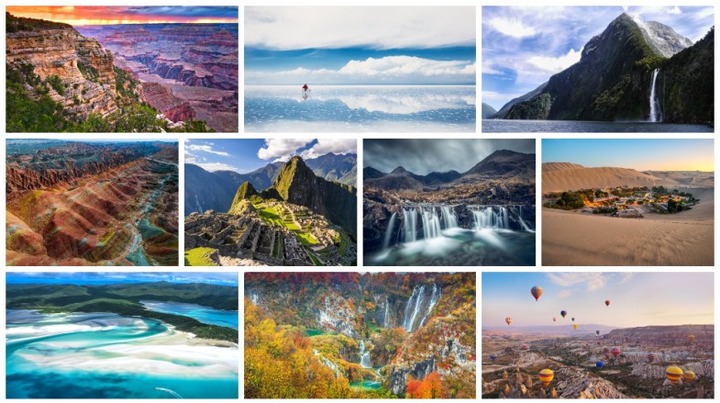 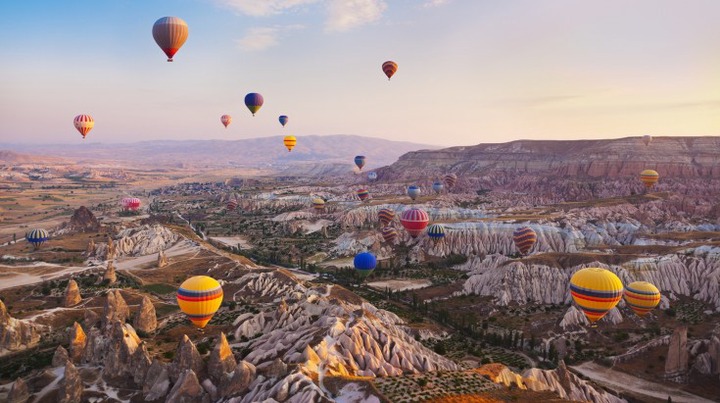 Hot air balloon flying over Cappadocia Cappadocia is a living example of just how odd yet beautiful nature can be. It presents a fantasy-like landscape which looks like it’s been plucked out of a fairy tale, alien-like hills and boulders that seem as if they’ve been transported from another planet. The humans who once lived here used the area’s soft stone to create underground shelters, leaving all kinds of weird architectural wonders in their wake. 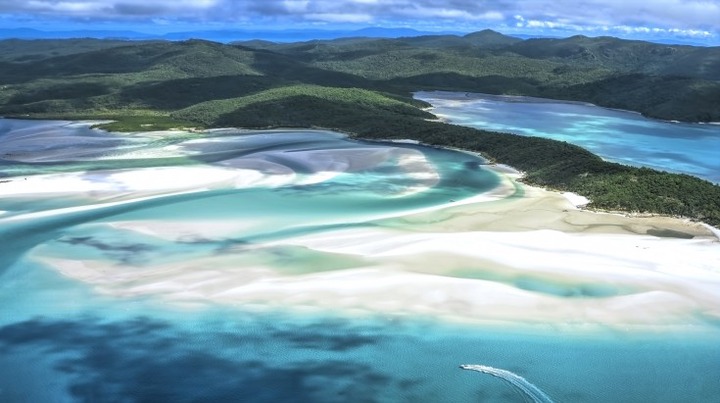 Whitehaven Beach is one of the world’s most unspoiled and beautiful beaches. It’s easy to see why the whitehaven beach ranks among the most photographed beaches in the world. The magnificent 7 km stretch of white sand that feels like your own private slice of heaven presents an aura of peace and serenity, letting you experience relaxation at its very best. The beach is accessible via boat from Hamilton Island and the ports of Shute Harbour and Airlie Beach. 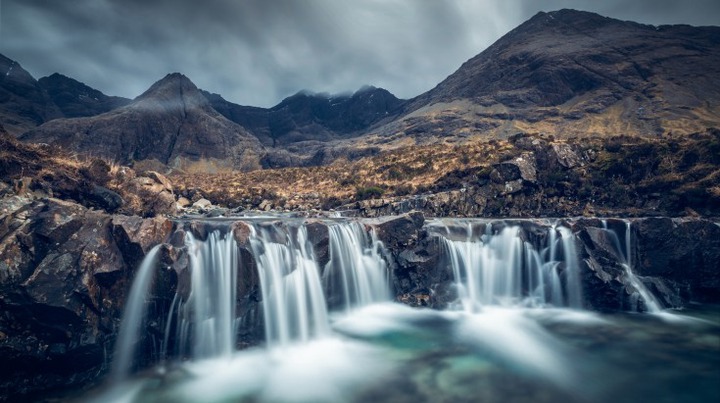 You might suddenly start believing in fairies the moment your eyes fall on the fairy pool, an ethereal oasis that bewitches visitors with its crystal clear water, picture-perfect scenery and magical atmosphere. The waters are freezing, but if you’re searching for wild swimming adventures, it truly doesn’t get better than this. And if you’re not as adventurous, a mere walk around the area, exploring aqua blue pools, each more appealing than the other, is sure to leave you in high spirits. The place also has its own infinity pool, bounded by a beautiful stone wall! 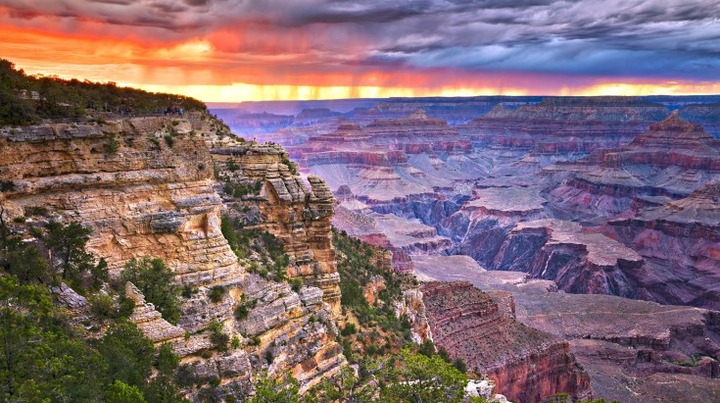 The South Rim of Grand Canyon National Park is the most visited rim.It’s one of the most magical destinations on the planet. Its sheer size leaves you speechless and visiting the canyon during sunrise or sunset leaves you mesmerized because the scenery on display is so serene, so beautiful, so pure. The canyon is divided into three rims, North, West and South, and all three offer incredibly unique experiences. The South Rim is the most visited feature of the Canyon for it hosts a majority of the regions infrastructure, Native American ruins, viewpoints and historic artefacts 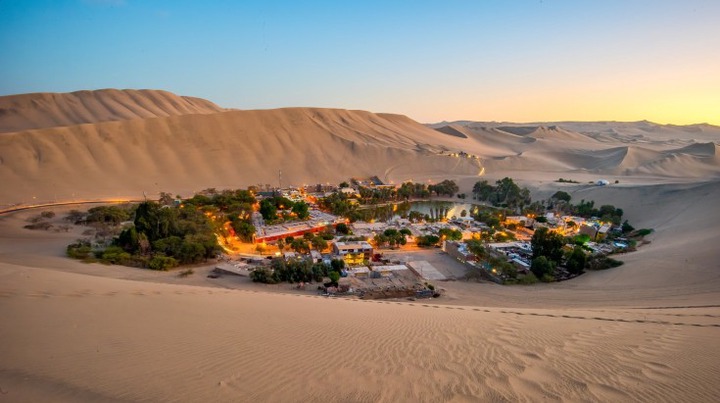 A desert oasis in the sand dunes of Peru. Psy lovers and artists will fall in love with Huacachina, a stunning desert oasis that leaves you mesmerized with its raw beauty and fantastical legends. Think of yourself sitting on a huge sand dune enjoying breath-taking sunset views as the landscape reveals vivid colors of red and yellow all around you. Right in front of you lies a dreamy oasis which looks like a still from one of those Arabian Nights movies, dotted with palm trees, covered with rustic hotels that offer the very best of luxury. 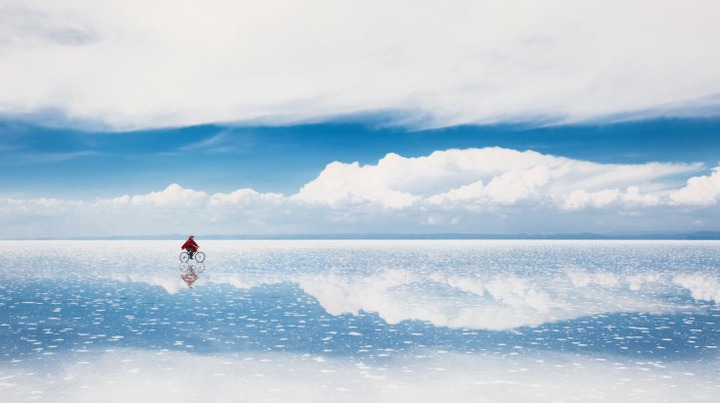 The world's largest salt flat, located in Bolivia. The largest salt mine in the world is also one of its most beautiful wonders. Salar de Uyuni looks like one of those fantasy-like paintings of the renaissance era, but it proudly stands as one of the most stunning spectacles of South America. The sheer beauty of this vast desert leaves you speechless and the strange islands that form in a sea of salt present an unforgettable landscape that is sure to remain etched in your minds forever. 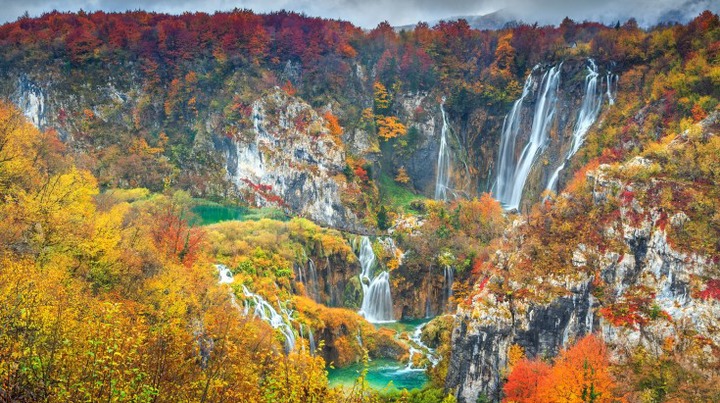 No list of the most beautiful places in the world would ever be complete without mentioning Plitvice Lakes National Park in Croatia. This mesmerizing park is the largest national park in the country and is most famous for its 16 crystalline lakes that join one another through a series of cascades and waterfalls. No wonder that Plitvice Lakes manages to attract as many as 1,200,000 people per year. 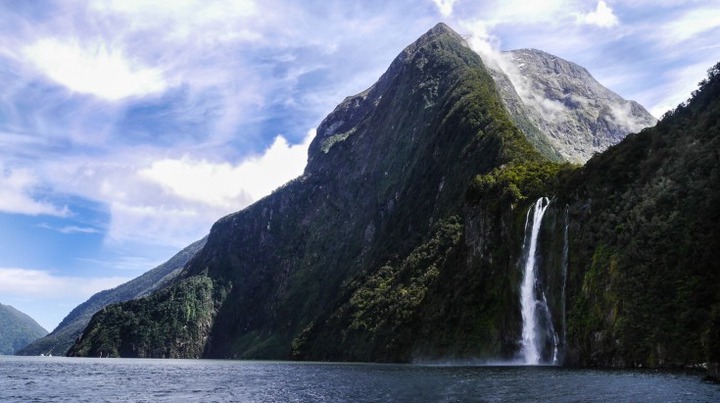 The beautiful Fjords of Milford Sound Sydney Opera House, Waitomo Caves, Great Barrier Reef, Sydney Harbor Bridge, you have all kinds of attractions to keep you company while on tour to Australia and New Zealand. However, the moment your visit Milford Sound, everything else pales in view. This 1692m high mountainous fjord is where you see all those Lord of the Rings fantasies come to life, and your first glimpse is likely to leave you with butterflies in your belly. No wonder that Milford Sound attracts more than 500,000 visitors per year. You can visit Milford Sound on foot, via helicopter or via bus tours. 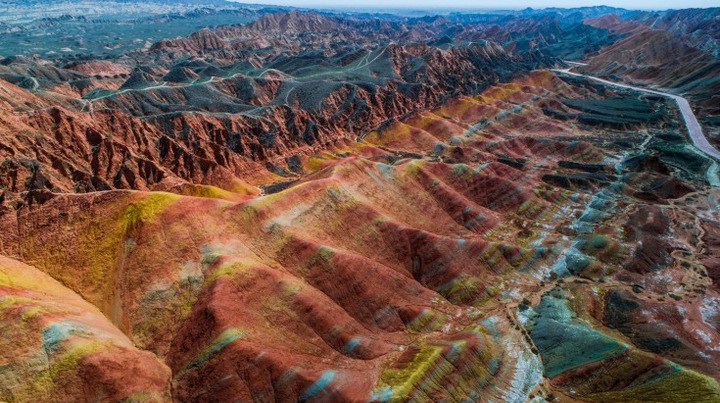 Rainbow mountains in the Zhangye Danxia National Geological Park in Gansu, China. If you’re in love with everything that the Grand Canyon represents and are closer to Asia than to North America, hop over to China to see the Rainbow Mountains of Zhangye Danxia National Geological Park, Considered to be as stunning as the Grand Canyon, and one of the most beautiful places in all of China, the mountains present dramatic colors of maroon, magenta, yellows and greens due to trace minerals within the sandstone. 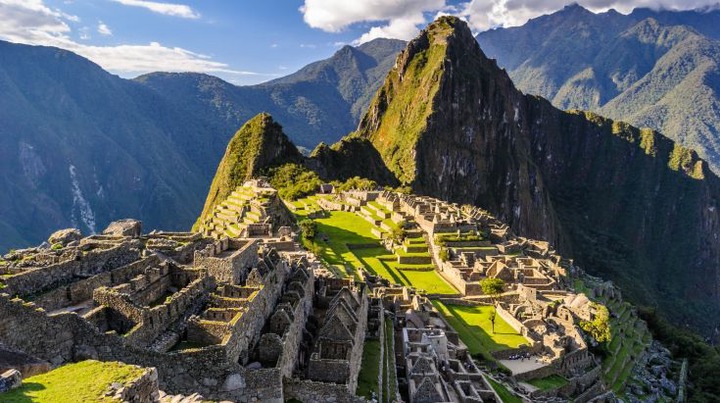 Historic Sanctuary of Machu Picchu And finally there’s the great Machu Picchu, the so-called lost civilization of the Incas. Machu Picchu was built around the year 1450 and was occupied for almost 100 years before the Spanish Conquest. This mesmerizing city was never discovered by the Spaniards and was literally forgotten until the early 20th century, meaning that most of its architectural wonders still remain intact. The hike up the hills is an adventure in itself, and this mysterious city looks most beautiful from the Inca trail lookout point.

Content created and supplied by: maywedar (via Opera News )

Deal With The Issue That Has Led To The Death Of A Student In Cuba Now. Government Told