The Secret Behind The Mysterious Floating Rock in Saudi Arabia 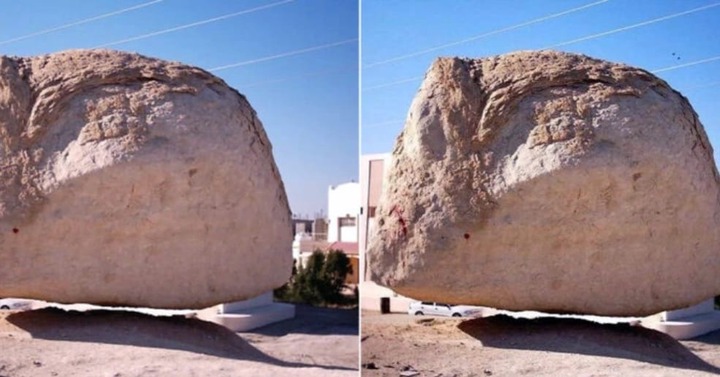 Western media increasingly contests the message that this beautiful rock, located in a village in Saudi Arabia, once a year in April, hangs above ground as experts explain why and say that it's fabulous.

The picture has been modified digitally, according to them, to make the rock look in the air. In fact, the big boulder has several other small "feet" of rock, holding it above the ground.

These media are removed digitally using a program such as Adobe Photoshop, so that the rock appears to flow in the edited image. In a village, Saudi Arabia, the image which seems to be a magnificent floating rock.

This image has been circulated over several years via e-mails, blogs and social networks. The post claims that in April 1989 the boulder resumed navigating after a terrorist was shot dead behind the boulder.

The post reveals the rock is again on the ground for about 30 minutes every April, and the bloodshed visible on the surface becomes "more dark, cooler and wetter" during the flotation of the year.

However, according to them, this so-called "surprising rock" is not surprising. The "surprising" floating rock in fact is a result of a digital manipulation rather rudimentary than any miracle or supernatural event.

The miracle of this rock was thus analyzed by Western media. In real life, natural media are placed on the larger boulder of the modified photo as a result of the process of natural erosion. 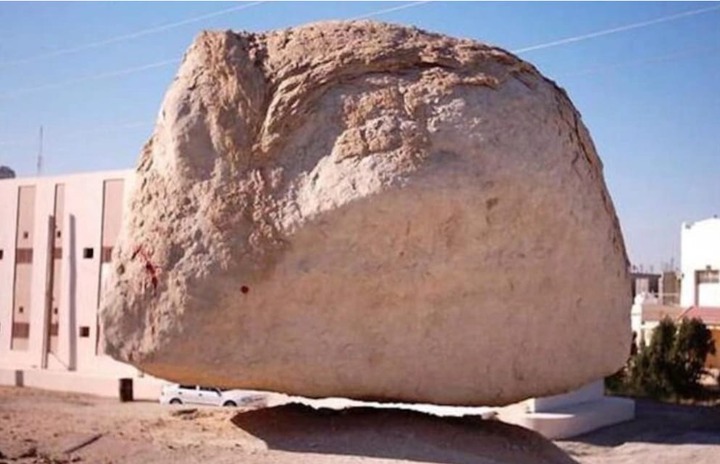 All of this is sufficient to remove stone support from the photo, a rather simple procedure when using an image editing program like Adobe Photoshop. The boulder looks like it is in the air.

In the region of Al Ahsa (or Al Hasa), Saudi Arabia, an area marked by erosion, and odd shape, an article about the fake photo on the habib website shows the original rock.

Moreover, the supposed location and other "miracle" details have decreased over time significantly. An early version of the boat tells where the rock was in Jerusalem, and not every April:

It was the rock in which Prophet Muhammad stood when he started his Paradise ascent. Rock, which he wanted to follow by walking to heaven, but was prohibited by the prophet, so he stopped climbing and remained in that form.

What's your own opinion? We are eager to hear your own view