Most Tourist Places Ever in the world

By HotnFlexTv (self meida writer) | 19 days

Everywhere looks red. Do not worry because your eyesight is good; it is the Red Beach that is located in Panjin, China that you just witnessed. Do not bother looking for red sands here because it is only these seaweeds called Sueda that have transformed this place to look red during April to May. This is also the home of the cranes. 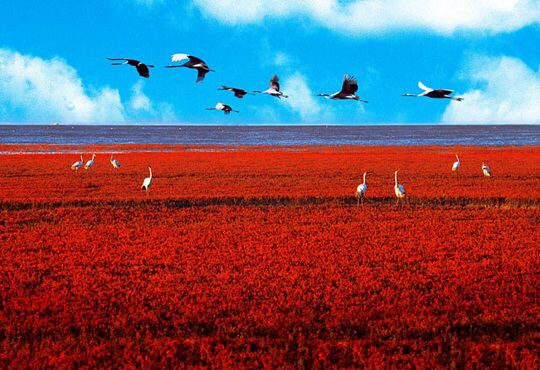 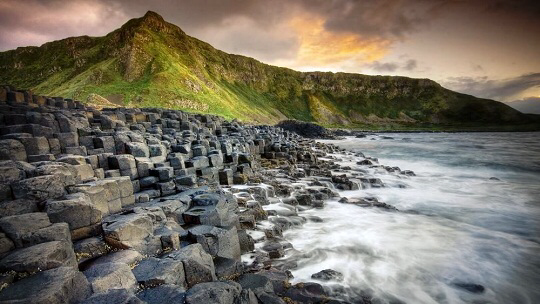 This amazing tourist site was as a result of a volcanic eruption which is 40,000 interlocking basalt columns, that is a UNESCO World Heritage Site and also a National Natural Reserve. It has been referred to as the United Kingdom’ 4th greatest natural wonder. 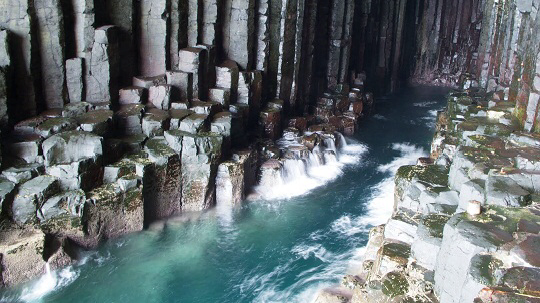 On an uninhabited island lies the Fingal’s Cave in Staffa. It is a part of Scotland’s National Nature Reserve and has become a haven for tourists. 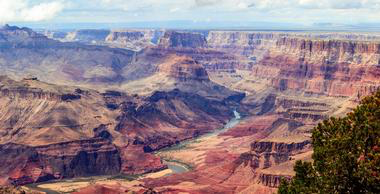 The Grand Canyon is a steep, 1-mile-deep, and up to 18-mile-wide gash in the fabric of the world, an immense gorge carved by the Colorado River over the last 5,000 years. Its sheer size is breathtaking and although you can see only a small portion of it even from the best vantage point, its geology and its age fire the imagination. The layers of colorful rock show the passage of time and some of the rocks at the bottom are 1,8 billion years old.

There is a lot of life growing on the canyon’s steep sides – you can see more of it hiking the trails of the northern rim, where it is also less crowded. Most people limit their visit to the breathtaking views from the southern rim. Some of the most popular viewpoints are Yavapai Observation Station, Mary Colter’s Lookout Studio, and Mather Point. 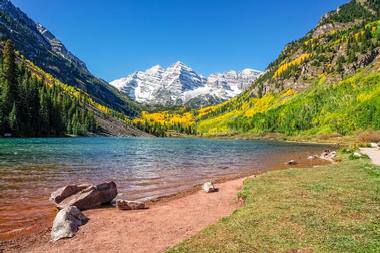 Located only about 10 miles from aspen, Colorado, the Maroon Bells are two 14,000-foot peaks in the Elk Mountains that are reflected in crystal-clear Maroon Lake, snuggled in a glacial valley. They are the crown jewels of the Rocky Mountains and by far one of the most photographed scenes in the country.

It is difficult to say when the timeless beauty of these two sentinels mirrored in the lake is more striking: In the summer, when every hiking trail takes you through fields of wild flowers, in the fall, when tall aspen trees dazzle with a rainbow of fall colors, or in the winter, when snow and ice silence the world. The best photo opportunities are from one of the many hiking trails – access by motor vehicles is limited. The lake is popular among fly-fishermen – even if they don’t catch anything, the beauty all around them is enough. 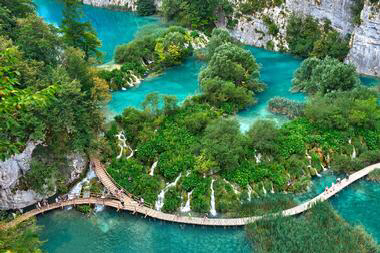 Located about halfway between the Croatian capital Zagreb and Zadar on the coast of the Adriatic Sea, Plitvice Lakes are a magical world of living, moving water surrounded by ancient forests, 16 lakes linked by waterfalls, bridges natural and man-made, and 300 square kilometers of wild beauty full of bears, wolves, boars, and birds.

The difference in altitude between 1,280 meters at the highest point and 280 meters at the lowest creates a seemingly endless number of falls, big and small, that permanently fill the air with spray and fog. Wooden and natural walkways and hiking trails spin around and across the lake and a ferry on Lake Kozjak shuttles people between the upper and lower lakes. The lakes are beautiful all year round, but especially when mirroring magical fall colors or the lacy frozen branches of the surrounding trees.

The Amalfi Coast is an extravagantly beautiful stretch of rugged coast in Campania, Italy, at the edge of the Sorrentine Peninsula. For about 50 kilometers, the coast looks like something a romantic artist might have conjured – sheer cliffs plunging into the azure sea, tiny golden beaches hidden in secluded coves, pastel sun-washed villages hugging the steep slopes of Mount Ravello, and fragrant orange groves competing for attention with ancient vineyards. 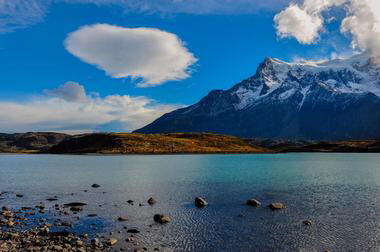 At the southern tip of the Andes in Chile’s Patagonia lies Torres del Paine National Park, a place with more than its fair share of nature’s majesty: It has soaring mountains, cold blue icebergs cleaving from ancient glaciers, bottomless lakes, spectacular geological formations, narrow fjords, deep rivers, ancient forests, and endless golden pampas covered with wild flowers and providing home to such rare wildlife as pumas and the llama-like guanacos.

The best way to see Torres del Paine is on foot following one of many famous tracks, but if you have to limit yourself to just a few iconic sites, visit the three majestic granite towers, or torres del paine, Los Cuernos, Grey Glacier, and French Valley. 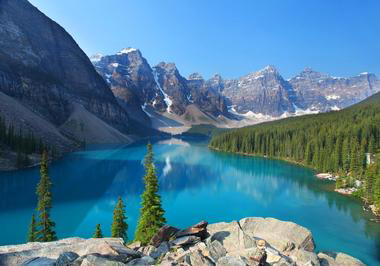 Located in the remote Valley of the Ten Peaks in the Canadian Rockies, Moraine Lake is an emerald beauty, a small, cold glacier-fed jewel surrounded by towering mountains, immense waterfalls, and ancient rock piles, so beautiful it takes breath away. As the glaciers melt, the water in the lake rises and changes its color.

It might take away some of its magic to know that the color is affected by the sediment brought by the glacial waters. The whole area is crossed by scenic hiking trails that offer different perspectives of the lake depending on your elevation or location. You can also enjoy its beauty from a kayak or canoe, or just by sitting on a rock at its bank. Take it all in, no photograph will ever give it justice. 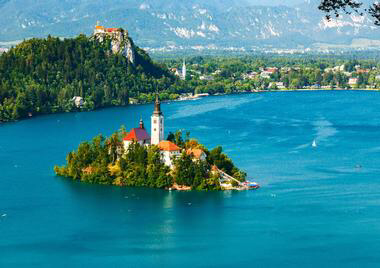 If you glimpse Lake Bled in Slovenia from one of the distant mountaintops, you will be convinced that you are seeing some magical, lost fantasy world of dragons and knights: A vivid emerald green lake with a tiny island in the middle with a church perched on its cliff and an ancient medieval castle clinging to its slopes, hugged on all sides by enormous mountains, snow-topped and covered with dark, green, ancient forests.

Lake Bled is just as beautiful as you get closer and is a popular Slovenian tourist destination that attracts those seeking romance on Bled Island, visitors enjoying a leisurely hike around the lake or rowing its placid waters, and young adventurers exploring the steep hiking trails of the surrounding Julian Alps and the Karavanke Mountains.

Thanks for visiting our [email protected] hotnflex tv

Content created and supplied by: HotnFlexTv (via Opera News )