The 3 Most Spectacular Bridges in The World (Photos)

By Ghana_to_the_world (self media writer) | 1 month ago

As the world keeps developing every day, technologists and engineers are looking for ways to improve on their innovation, and it is no surprise to see fascinating buildings and great constructions on a daily basis.

In this well-researched article today, I have put a lot of effort into showing the three most spectacular bridges in the world, their location and everything you need to know about them, so sit back and enjoy.

1. The magic of Henderson Waves at night 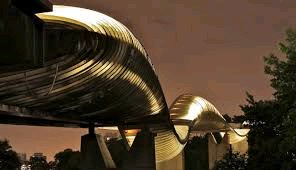 You learn then that this magnificent bridge located 36 m above Henderson Road is in fact a pedestrian bridge, the highest in Singapore. And that it is 274 meters long by 8 meters wide. We built this bridge between 2006 and 2008 according to a very specific architecture.

Indeed, Henderson Waves has a curved appearance that gives it a magical wave effect and gives you the impression that this spectacular bridge is rolling like waves in the sky, hence its name.

Wow! You have eyes full of them! Okay, that still made you dizzy. Nevertheless, you continue to gaze with fascination at the images of this bridge which offers a breathtaking view of the surrounding landscapes and the city-state. 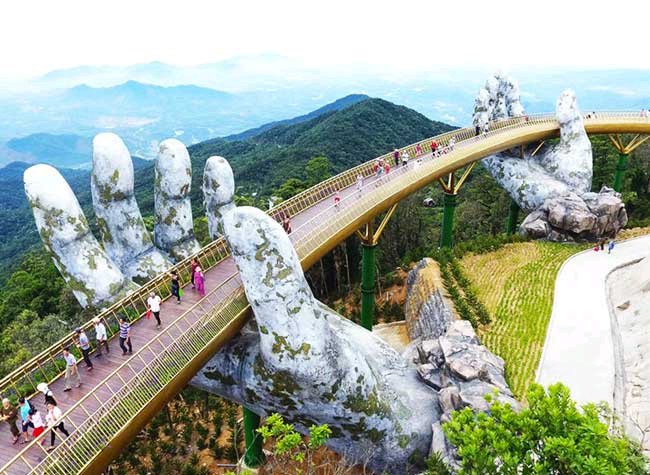 Teams from a Vietnamese architectural firm were called upon to build a pedestrian bridge over the Ba Na hills in Vietnam. They wanted to create a beautiful architectural work that is both original and safe. Except that the footbridge was to be built at an altitude of 1,400 meters. And, of course, that could make the hundreds of pedestrians dizzy who had to cross the bridge to reach the Thien Thai garden.

The architects of this agency therefore had the idea of having two "stone" hands built and placed under this gold-colored bridge. Which gave the impression that these hands were really carrying the bridge, like two human hands wearing a thin ribbon of gold.

Thanks to this brilliant idea, the architects achieved their goal of realising a true wonder that offered a breathtaking view of the Da Nang mountains. On the other hand, the construction of these hands cost them great effort since they had to first design the skeleton of the hands and then cover it with steel mesh before adding fiberglass and colour.

You understood! The hands were not carved directly in stone. But these architects ended up forgetting all their efforts in front of this magnificent result. Thanks to this project, which saw the light of day in June 2018 and which cost just over 1.6 billion euros, they have proven that they are true geniuses.

3. The rainbow fountain of the Banpo bridge 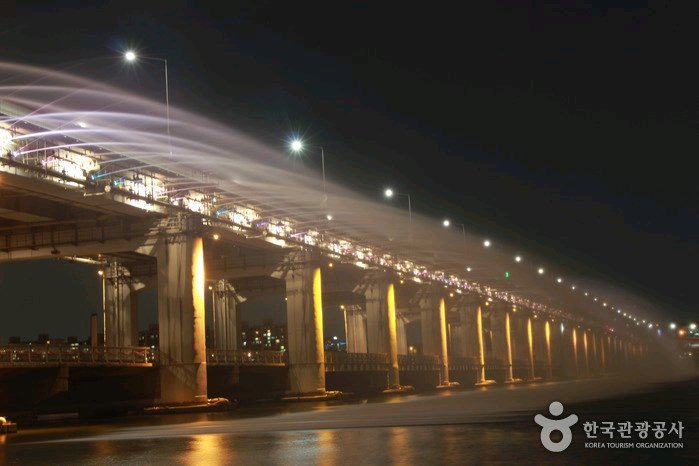 You have been in the South Korean capital Seoul for three days, where you are spending your vacation. Fancy a visit to the spectacular Banpo Bridge, whose fountain broke the Guinness record for the longest bridge fountain in the world? Head to downtown Seoul and the Han River.

There you discover something that you have never seen before. Indeed, this gigantic bridge which was built from 1980 to 1982 and which is 570 meters in length is equipped with hundreds of nozzles which project water by creating beautiful movements in the air.

You take some souvenir photos, then turn back to return to the hotel and spend a quiet evening. Because, anyway, the sun is going to set soon. However, you decide to take the advice of a tourist next to you and stay to find out what happens next.

And there, surprise! You wanted to see something beautiful on this spectacular bridge, and here it is! The Banpo Bridge has transformed before your eyes as if by magic with all those rainbow lights dancing in the dark. 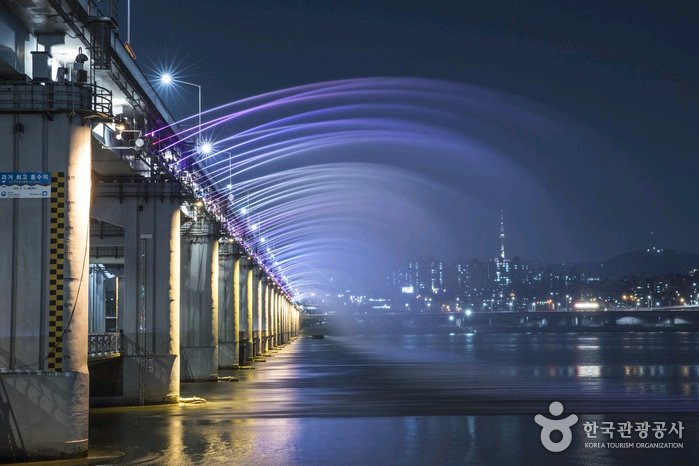 Note that the colours of this rainbow fountain are formed by 200 lights and owe their enchanting effect to the 10,000 LED nozzles which are installed on each side of the bridge and which spray 190 tonnes of water every minute. 1.190 tons of water! You are sorry for learning that you have to waste all this amount of water to give yourself this enchanting spectacle.

But your worries fly away when the tourist next to you tells you that in reality this water is pumped from the river by the 380 nozzles on either side of the bridge and falls 20 meters below in the same river.

Can Africans ever get this far in term of development? let's hear your own opinion

Content created and supplied by: Ghana_to_the_world (via Opera News )