One of most attractive tourist site in Ghana

By Ransford2 (self media writer) | 1 year ago

Bosomtwe is a circular lake, caused by a meteor impact a million years ago. The sides rise steeply, covered with trees and bush. There are various settlements around, mainly fishing and farming villages but also some places to stay. Lake Bosomtwi also sometimes spelled Bosomtwe, is a lake formed by an ancient meteorite strike in the Ashanti Region. 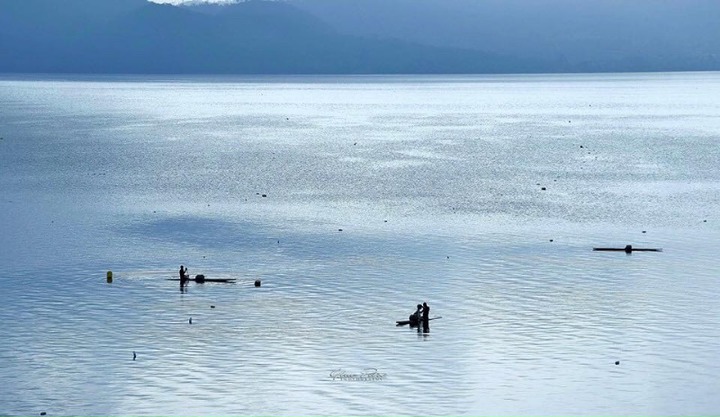 Oral tradition has it that the lake was formed in 1648 when a hunter pursuing and antelope shot and injured the antelope “Otwe” – in the Twi dialect. The antelope however continued its run until it disappeared in a small pond ahead. The said hunter by name Akora Bompe in shock decided to stay beside the pond and never returned to his town of Asamang. He then named the place “Bosomtwe” which in English translates “antelope god.” He believed that the water was a god and saved the life of the antelope.

There is a stone at the lake side called Abrodwum Stone and believed to be the spiritual centre of the lake. Usually, whenever there is poor yield, it is considered a bad omen, thus sacrifices would have to be made. In former times, it was a taboo to touch the water with iron things, so the people never used conventional boats. Till date they move on the lake using the “padua”, a wooden plank that needs a lot of skill to be handled in the right way.

It must be admitted that it is not clear whether the crater in which Bosomtwi lies is volcanic in origin, was formed by a meteorite or a small pond. Either way, the lake is a beautiful spot, encircled by mountainous, thickly vegetated crater walls rising several altitudes. This presents ample opportunities for walking, birding, fishing, hiking and canoeing. Watch the video via this link: https://youtu.be/GHQ-JeLmt2I

Content created and supplied by: Ransford2 (via Opera News )

We Are Bent on Stopping Kotoko’s Unbeaten Run - Kobby Mensah

Checkout Photos Of The Plus Sized Model Known As Alexis Fenton

No more Dubai; Check out Beautiful Photos Anita Akufo has Released from her Tour on Seychelles Island

Are You a Rat or a Donkey, Check Your Chinese Calender now to know