I notice that the Ghana Immigration Service (GIS) claims it tries to name and shame its staff who collect bribes, and rewards those who do not accept bribes. There were reports on 13th July, 2020, that five GIS Staff serving under the Aflao Command were interdicted for "allegedly taking bribes and facilitating illegal entry of seven foreigners into the country through unapproved routes."

Conversely, there was good news reported that the Controller-General of GIS honoured six officers who on 1st August, 2019, at Fielmon, an unapproved route at the Ghana-Burkina Faso border in the Upper West Region, intercepted 1,950 bags of NPK fertiliser meant for the Planting for Food and Jobs Programme, and for declining a bribe of Ghc25,000 from the smugglers in the process of their arrest.

In July and early August this year, I went to do field research for my articles along the border towns of Boudougu, some 8km from Zebilla, and Sapeliga, some 12 km off Kabore on the main Zabilla to Bawku road.

I was surprised to note the patriotism of some GIS Staff on duty at Sapeliga who on 1st August, 2021, arrested a driver with a truck load of 400 bags of fertiliser being smuggled to Burkina Faso through an unapproved route at Gatuse.

The loaded vehicle, a KIA truck number AS 2967-13, is currently parked at the Zebilla Police Station, and the smugglers are on trial.

On 5th August, the same Immigration Team had information that armed robbers were going to rob market women and other traders at the Sapeliga market. Through deligence and bravery, the Immigration team arrested a Fulani from across the border suspected to be an armed robber because of incriminating evidence on him. The Team quickly called the Police FPU Officials on "Operation Conquered Fist" who conveyed the suspect to Zebilla, in order to avoid counter attacks from other armed robbers aimed at releasing the suspect from GIS detention in the bush at Sapeliga. 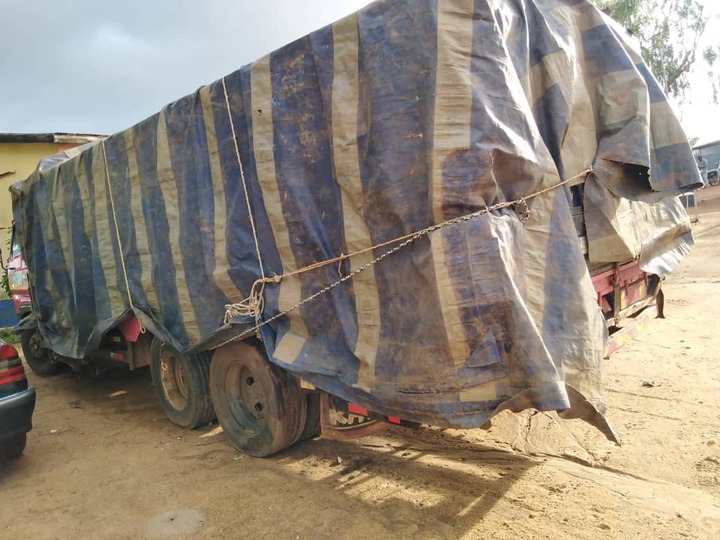 The question that still lingers is whether the Ghana Immigration Service would have interdicted these Sapeliga Staff if they had accepted bribes from the fertiliser smugglers and the armed robber?

Is there a reward for the GIS staff, like their Fielmon colleagues, or like their four colleagues who were rewarded on 2nd August, 2021, for showing "great commitment to duty and patriotism by remaining at post during a heavy down pour without *any protective clothing*?"