The most exotic waterfalls in the world

By rocksonbaffoe (self meida writer) | 11 days

Blood waterfall, fire waterfall, or horizontal waterfall ... are strange but no less spectacular waterfalls, which have a special attraction for those who love to explore.

Across the planet, there are countless waterfalls, many of which have become popular tourist destinations. However, the number of waterfalls has a different appearance, really stands out, and causes curiosity to the public.

There is no need to have the highest or the highest flow, the waterfalls have distinctive colors and features or look "contrary to the law of nature" that anyone who has admired will never forget.

Located in Yosemite National Park, California, USA, Horsetail waterfall looks beautiful from a distance like a lava stream flowing down a deep pool. This waterfall is also the only place in the world where you can admire the "fire waterfall". This phenomenon occurs when the Sun hits a waterfall at sunset.

Under perfect conditions, light refraction on the waterfall stream produces a fiery red color. This spectacular scene takes place only a few times a year, around mid-February. Therefore, visitors must study at the right time to have a chance to admire the "fire waterfall". 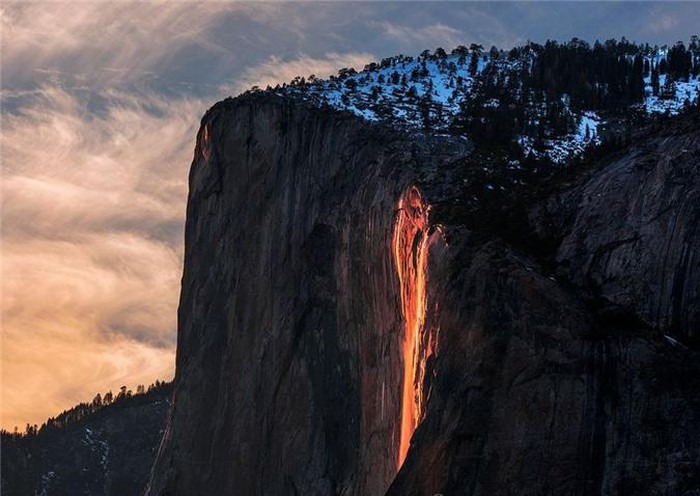 Located in Talbot Bay, Western Australia, Horizontal Waterfall is famous for its horizontal water flow instead of pouring down from above. This phenomenon occurs originating from 2 narrow canyons in the McLarty range. The northern canyon is 20 m wide. The south alley is 12 m wide.

The enormous amount of water pushed through the gap creates a temporary waterfall that can be up to 5 m high. The direction of the waterfall will change depending on the tide of up and down. Boats can move through these two gaps when the tide is low. 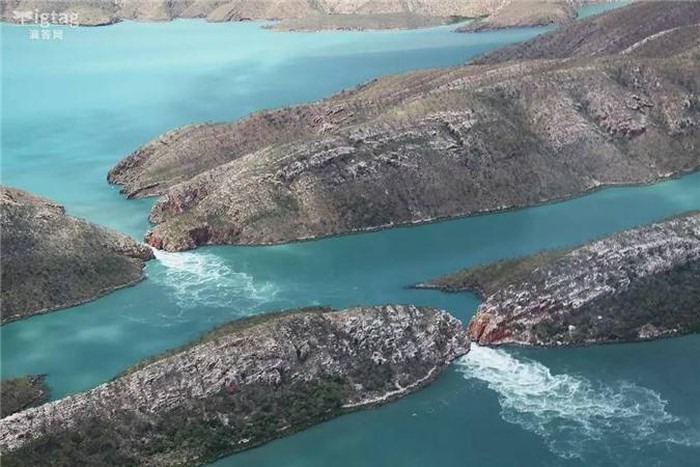 Discovered in 1911, Blood Falls seemed to come out of a horror movie. The waterfall originates from the Taylor glacier in the dry McMurdo Valley, Antarctica. This blood-colored runoff was initially explained by a species of red algae. However, the waterfall's eerie red color is actually produced by iron oxide.

The water in the waterfall has a high amount of salt and iron. In harsh climates, cold temperatures, sunlight cannot penetrate thick ice, bacteria have been living here for millennia, feeding the body with iron and sulfur. 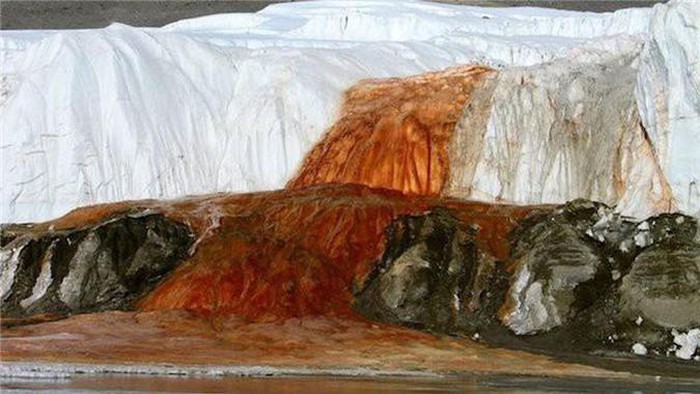 Located in the north of the vast Superior Lake in North America, Devil's Kettle Falls is an attractive destination for those who love discovery. This waterfall is special due to the flow divided by a rock. In it, a stream flows into Lake Superior. The remaining flow falls into the bottomless deep pit.

Where the water flows into the pit has been a mysterious question for many years. Until the beginning of 2017, after performing many experiments, scientists identified that the water flow did not disappear but flowed underground to the next waterfall and poured into Superior Lake. 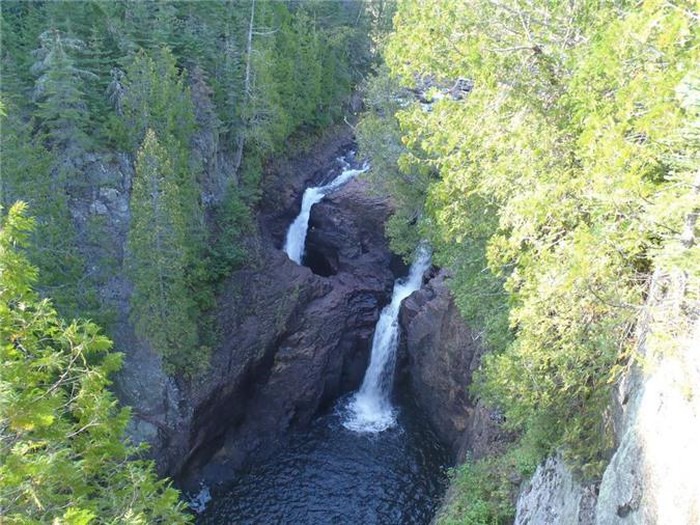 Asik-Asik waterfall 60 m high, 140 m wide, is one of the interesting tourist destinations in Cotabato province, Philippines. The unique thing here is that the water is always rushing even though there is no river above. The water flowing down the waterfall flows from the cliffs covered with beautiful vegetation.

The local people believe that the cool water at this waterfall has the ability to heal. This place is an interesting camping spot for visitors to immerse themselves in nature. 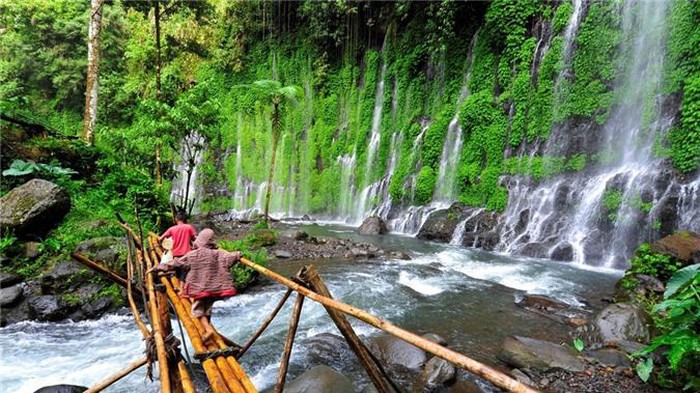 Take a look at what these slay queens were doing in a small room. (video included)