Culture And Tradition: Check Out Some Top Shrines In Africa That Have So Much Power (PHOTOS)

Traditional shrines have played a major role in cultural preservation and ensuring sanity in villages and communities. The recent erection of shrines by fraudsters has been of national concern. It's making traditional shrines lose their values.

Africa's Traditional Religion is characterized in most countries with the worship of "voodoo". "Voodoos" are smaller gods that traditional worshipers worship almighty God through.

Shrines are places that "voodoos" are kept and worship. Below are some of the top shrines in Africa. 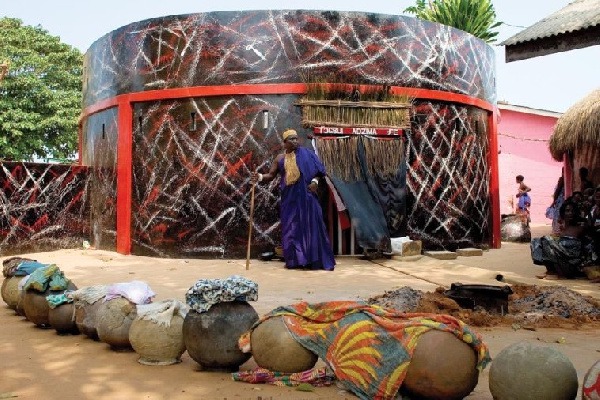 The name Nogokpo sounds familiar right and you are probably smiling or laughing at the mention of it. It is a popular shrine in Ghana located in the Volta region precisely Ketu South Municipal. The shrine was named after the town Nogokpo where it's found. This shrine is so powerful to the people who have tried and have been trying its powers. The shrine's main work or duty is to engage In looking for missing items or property. When an item got missing and the owner takes the issue of the missing item to the shrine, the deity at the shrine will strike the guilty person down through a thunder strike. 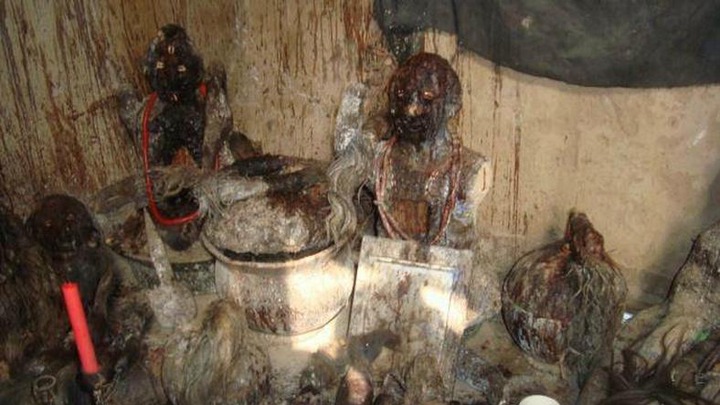 It is a fact that most people do not know that Antoa is a town. This is because the shrine has taken the name of the town so much that most people think the name Antoa belongs to the shrine. It's another popular shrine almost every adult Ghanaian knows about it. The indigenes use the name Antoa Nyaama to invoke curses on offenders because they believe it has the power to kill. 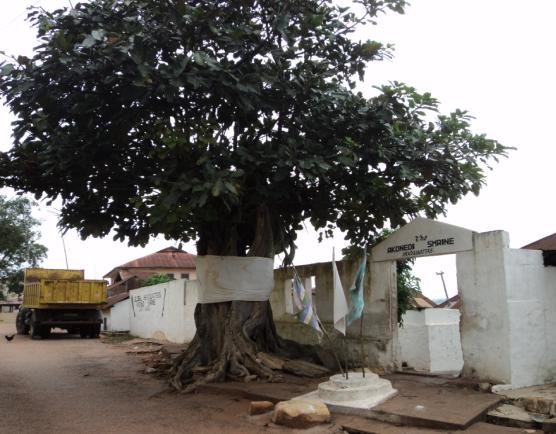 This shrine is believed to be one of the most powerful shrines in Ghana found in Larteh Kubeasi, the Eastern region. The Akuapem people are familiar with this shrine. 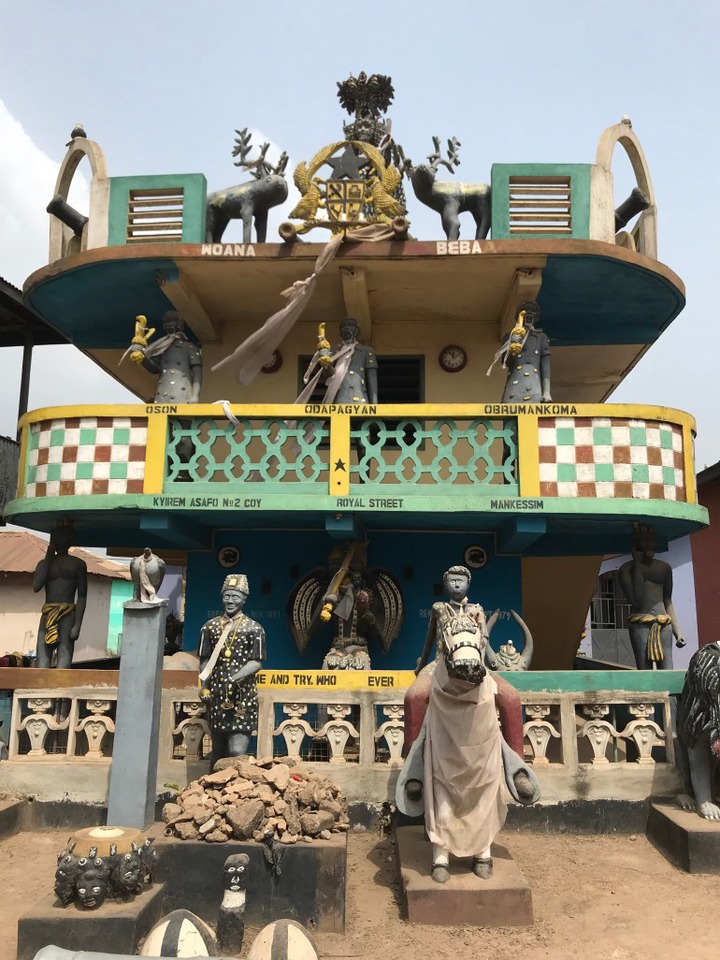 The Fantes are familiar with these shrines especially those in Elmina and Mankessim. They were built to honour ancestral soldiers who fought for their towns. 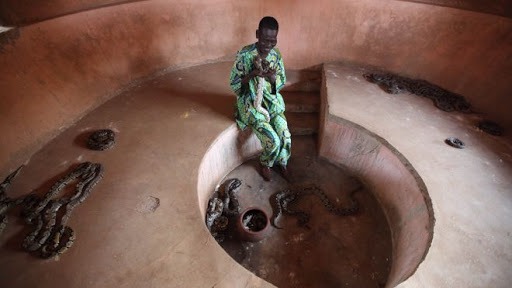 Ouidah, a town in Benin houses the temple of pythons. Here they are seen as revered creatures and are welcome into the resident’s homes with open arms. They are symbolisms of peace, prosperity, and wisdom. 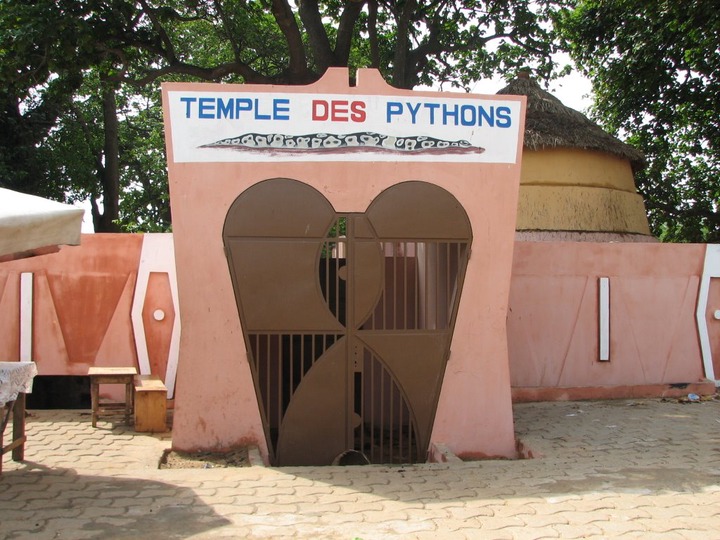 Word on the street is the temple is a small room that houses many of the slithering animals. For a price, one can visit and even take photographs with the snakes. 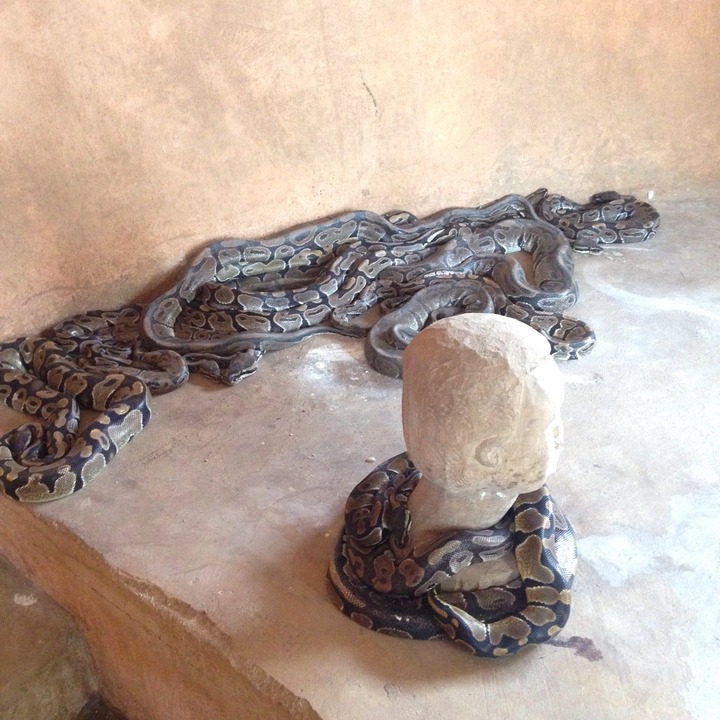 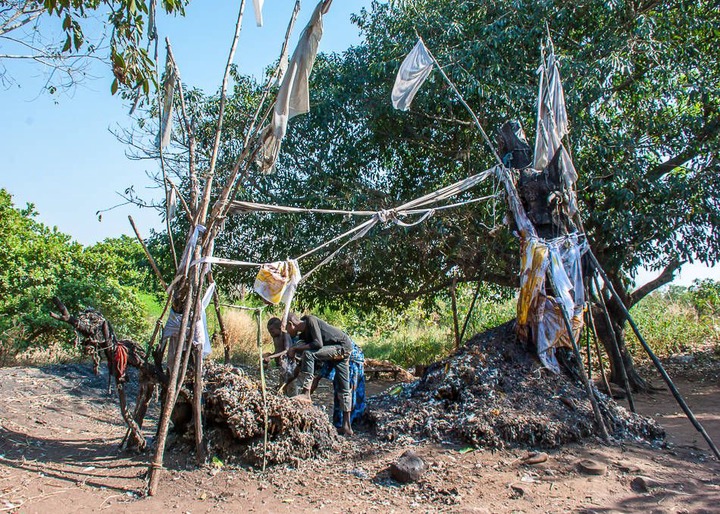 Considered one of the most powerful shrines, the Dankoli Sacrifice Shrine is the place where ceremonies are performed in exchange for favorable outcomes from the Gods.

The shrine boasts a mound of blood, feathers, and guts that visitors must spit libations made of locally produced gin named Akbateshie.

Visitors who wish to proceed in ceremonial activities may be asked to offer blessings to the Gods in the form of libations or peg a nail into a shrine. 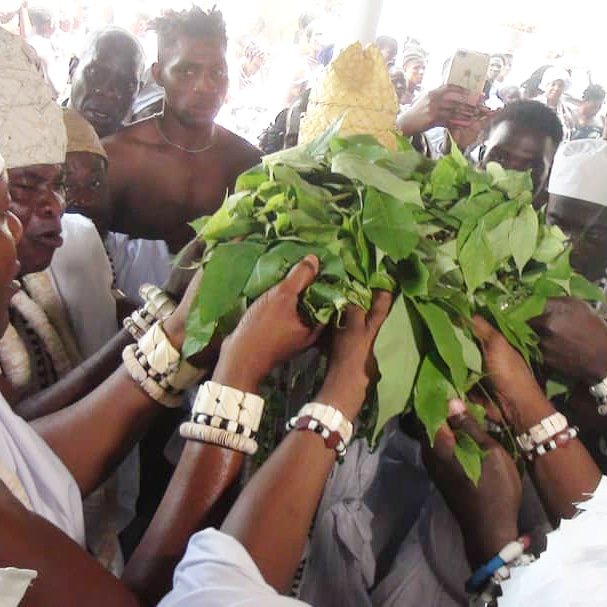 It encompasses two temples, one in Contonou, and the other is spread out through ancestral temples located in Ghana, Togo, and Benin.

When we went to the house of this type of Christian, we could not function in anyway - Ex witch

Do this to get your prayers answered quickly: use salt and coconut water to receive help from God

10 Times Sister Afia Displayed Her Hot Body To The Public.