By MartinezTV (self media writer) | 3 months ago

A lady whose name is yet to be identified has taken it to the social media to share the sad moment she went through when she travelled outside with the man she met on facebook for job. According to her she met the man who is from Egypt and had a conversation with him and the man told her to come and meet him in Cairo. According to her, the man whom she met on the facebook told her, he can help her to come to Egypt and have a job that can sustain her and her family. Explaining further she says, the man pays all her expenses including her flight ticket to travel and meet him at Cairo. But to her surprise, she was taken to Sudan instead of Cairo. 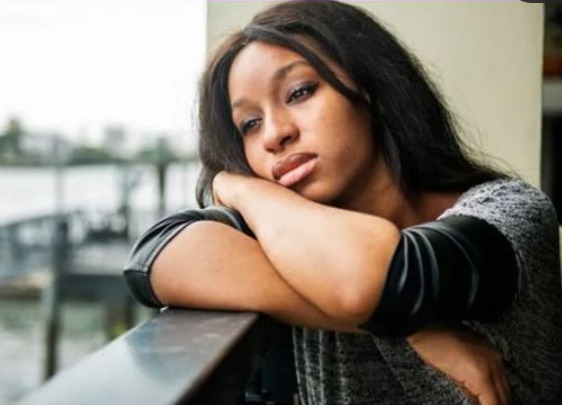 According to her, she was received by the man he was talking to on facebook but when she ask the man whether they would be traveling to Cairo. The man replied her by saying that, the plane that would be taking them to Cairo will come in two weeks and she needs to wait in Sudan for the two weeks. According to her, she followed the man home and her passport was taken from her and this man turned her into 'sex' toy for two months till she got pregnant. When she realized she was pregnant, she confronted the man that she want to return back to Nigeria but the man refuse. The man sent her to a park where there was no plane, she was pushed into a truck and the man left. She says, they were on the road for a couple of days without food and water and she was 'raped' severely by different men to the extent she lost the pregnancy leaving her bleeding profusely.

She was able to get to Cairo where she was received by another man, the man took her home started sleeping with her for two weeks. Then the man got her a job with a white man who was paying her $350 monthly. She didn't have any food to eat than to eat from a food prepared for the dogs. According to her, the man told her out of the $350 she will received only $50 because she is owning them $4million.

She shared this story to warn a lot of people who want to travel outside the country without knowing the person they are going to.

Read the full story below; 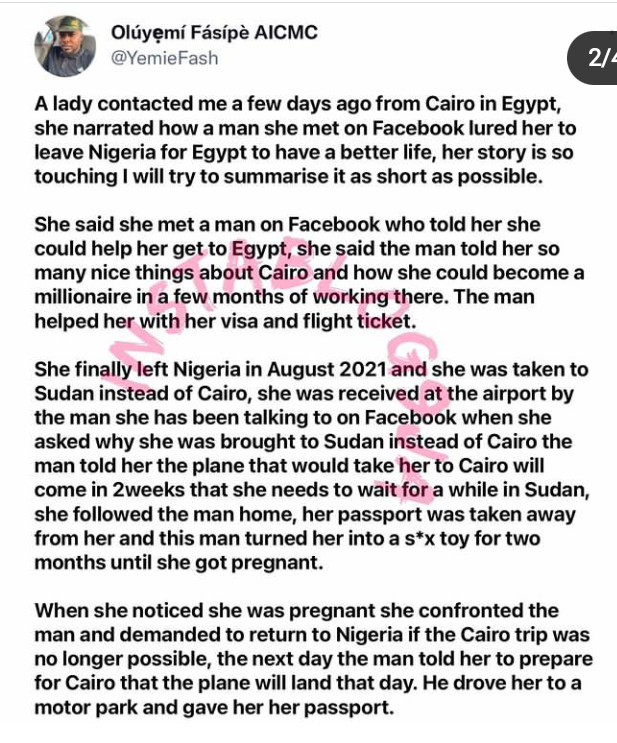 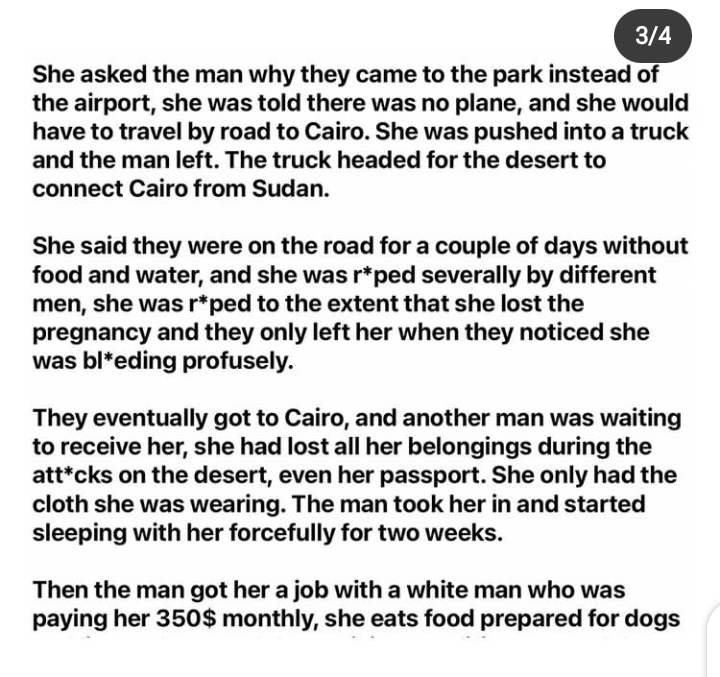 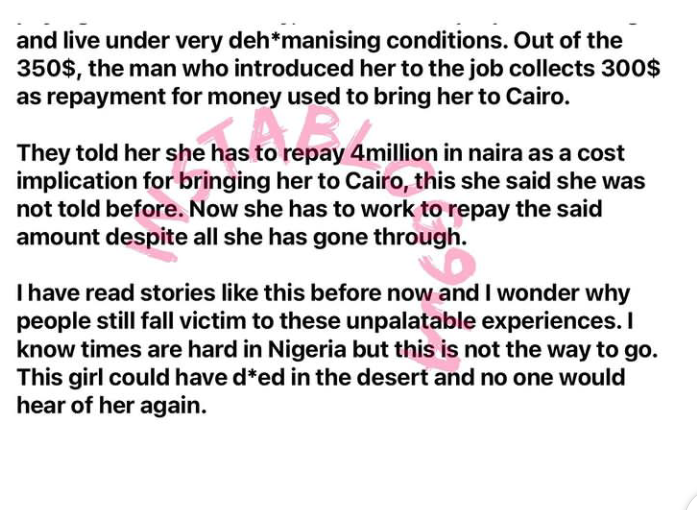