Gestures and their Meaning in Adowa and Kete Dance 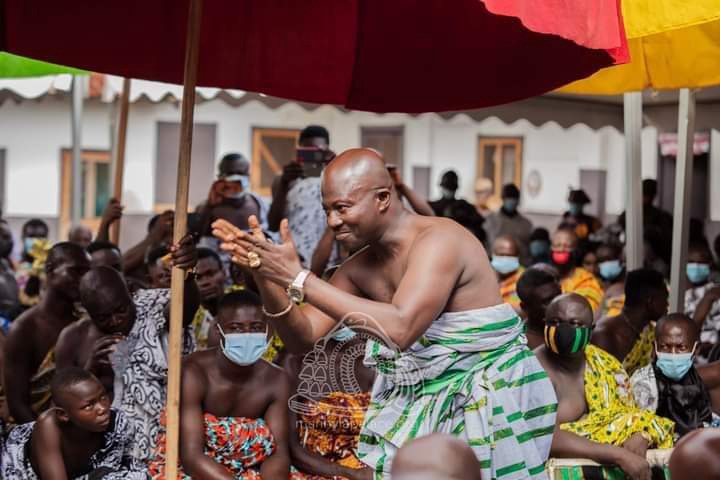 and historical background of the people in the particular setting. The meaning to those gestures has endangered, and that system of communication is dying off and this has negative influence on our culture.

Non - verbal communication is one of the most important way of transmitting messages to people and its response in social context is very crucial and effective. Gestures in our traditional dances performance are among the non- verbal way of sending messages across to individual in a special way.

Adowa and Kete among others are some of the ways of communicating through gestures.

Various gestures have been found which give different meanings to the society but understanding those gestures is a little bit difficult to both the youth and the adults. Even though the contemporary chiefs have little ideas about these gestures, it is only the trained dancers in the king’s court that have in-depth knowledge about those gestures Reaching to them is a little bit a challenge or difficult and if care is no taken, they will die with their knowledge leaving the rich non- verbal or

Today, everything demonstrate that, without fear of favors, in favour of the aged and

admonished that the youth who are the future leaders have short fall in the semiotic and layered meaning theories in respect to Adowa and Kate Performances. This aesthetic device youth should do well to inculcate them and comprehend them as well. In so doing, the Akan cultural heritage in line with various performances will be preserved. Because it is pointless for the youth to appreciate

the aesthetic beauty without having knowledge in the meaning of the gestures used by the dancers.

i In Adowa dance when a dancer places both hands on top of the head it signifies the behavior of crying, it means that:He or she is in trouble / he or she is in crisis.

ii Clasping the hands behind the back also expresses loneliness: he or she is now lonely, has lost a loved one;, may be a mother or a father, a husband or a wife.

iii Clenching the fists over the stomach with the arms crossed indicates; Now when he (she) is hungry, who is going to give her food?.He (She) is now an orphan, Nobody is going to care for me.He (She) don’t have anybody to turn to.

iv Tapping or swinging the hands signifies: pain – you are hurt.

In fact, just as Asante’s funerals do not totally involve an expression of sadness, there are various Adowa movements to express joy, love, peace, and so on;

i. The movement to express joy involves; throwing up the arms and clasping the hands in

ii. Love and peace is expressed by: crossing both hands and fingers in a clasped position.

iii. For example, at the loftiness of a dance, if the Asante dancer suddenly falls with

his / her back into the arms or lap of another community member, particularly a prominent

state official, he/she wishes to convey that she/ he depend on him.

iv. The theme of unity is always presents in Adowa dance and is conveyed by; crossing the arms and hands with palms opened, or by placing the two palms against one another vertically, as if the dancer has his/ her hands clasped in prayer.

On the whole, Adowa and Kete movements, with their gestures, affirm critical values and beliefs of the Akan community. In this way, with each successive performance the role of the Akan traditional dances as a vehicle for expressing Akan’s ethnic identity is not only ensured, but also liven up with both individual spirit and the collective enthusiasm of the people of Akan.