Corruption is a form of dishonesty or criminal activity undertaken by a person or organization entrusted with a position of authority, often to acquire illicit benefit, or, abuse of entrusted power for one’s private gain.

The Corruption Perceptions Index (CPI) is an index published annually by Transparency International since 1995 which ranks countries by their perceived levels of public sector corruption, as determined by expert assessments and opinion surveys. The latest one was published in January 2021. Below is the list of most corrupt countries according to the index.

1. Somalia: Somalia tops the list a most corrupt country in Africa. Bribery is the order of the day, as some government officials allow themselves to be bribed, and therefore, look the other way when illegal and unlawful acts are carried out.

2. South Sudan: South Sudan rank high on the list because it is especially plagued by bribery. To run one’s business without qualms, one has to have some form of government affiliation, or rather ‘buy‘ it.

3. Equatorial Guinea: Reports have it that the corruption control in Equatorial Guinea is incredibly low. The citizens no longer have faith in the ability and performance of the public officials.

4. Sudan: The corruption in the country also reigns in the political realm where authorities abuse their powers and favoritism is the order of the day. 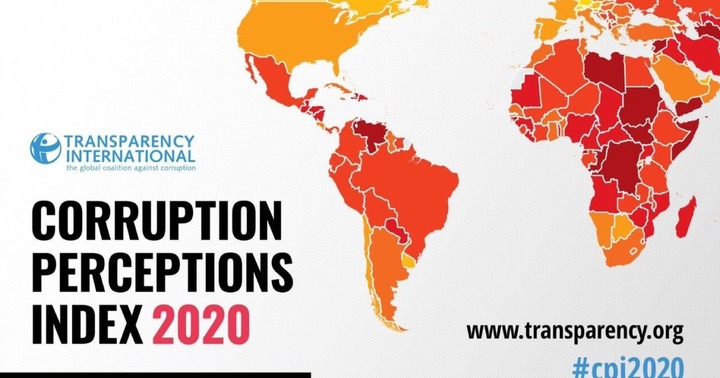 5. Libya: Ever since that collapse of Gaddafi’s rulership in 2010, Libya has been thrown into a state of absolute turmoil.The once booming oil sector is now plagued by corruption and vandalism.

6. Democratic Republic of Congo: DR Congo is a country that seems to thrive on oppression and suppression, especially of those who speak out against the corrupt asutem or take measures to curtail it.

7. Guinea Bissau: Guinea Bissau was listed as 7th on the top ten most corrupt African nations. Corruption has invaded the system and caused a malfunctioning of the otherwise organised government departments.

8.Congo: Congo is the 165 least corrupt nation out of 180 countries, and the eighth most corrupt country in Africa according to the 2020 Corruption Perceptions Index reported by Transparency International.

9. Burundi: The corruption rate is steadily on the increase and is a deep cause of alarm, so much that it has caused a state of unrest and instability in the country.

10. Chad: In addition to security issues made worse by insurgency, Chad is also pervaded by corruption. Its economy suffers a huge blow as a result, and the rule of law is barely enforceable. 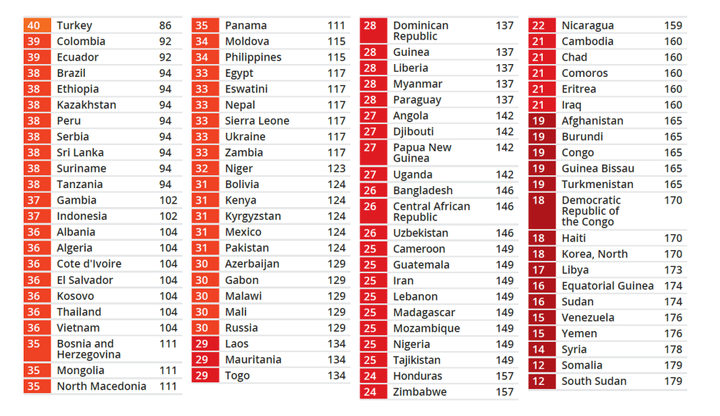 Ghana is ranked by the CPI as the 75th in the world and ranked 9th least corrupt state in Africa by the same index.