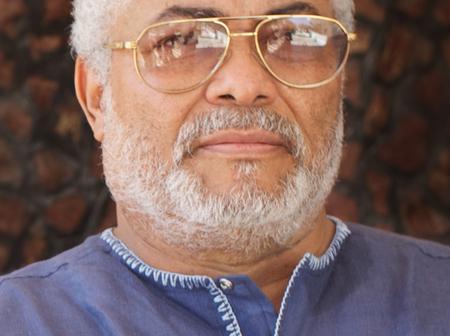 Jerry John Rawlings to be Laid in State Tommorow.

The former President of Ghana and founder of NDC who passed away on the 12 November 2020 (aged 73) is to be laid in state tommorow.   Jerry John Rawlings will be laid in state from tommorow, Sunday 24 January to Tuesday, 26 January 2021.  He ruled for 20 years and is the credited with returning Ghana to democracy after ceasing power through the military regime.  He is considered the longest ruler Ghana has ever had and some contest his legacy to Dr. Kwame Nkrumah who was the first president. Where Will Be 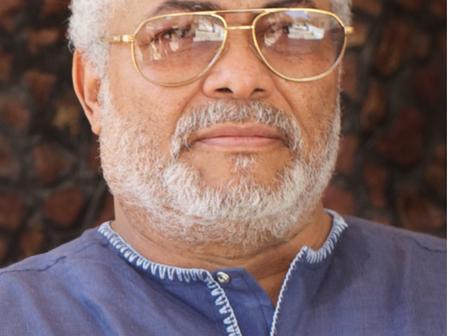 Jerry John Rawlings To Be Laid In State Tomorrow

The former President of Ghana and founder of NDC who passed away on the 12 November 2020 (aged 73) is to be laid in state tommorow.  Jerry John Rawlings will be laid in state from tommorow, Sunday 24 January to Tuesday, 26 January 2021.  He managed for a very long time and is the attributed with returning Ghana to majority rules system in the wake of stopping power through the military system.  He is viewed as the longest ruler Ghana has ever had and some challenge his heritage to Dr. Kwame Nkrumah who was 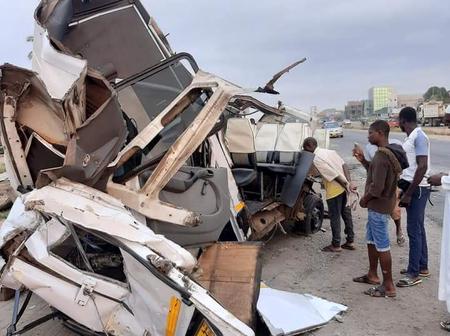 One seriously injured at Achimota, Accra after unknown driver crashed a parked Mercedes Sprinter bus Between the hours of 3am was when a deadly accident occurred on the Achimota to Nsawam road. Achimota is one of the busiest towns in the Greater Accra region with a population of over 90,000 residents, of which some are foreigners and others are natives. The town is well known for its hospitality and it is famous mostly for its golf park and secondary schools. The Achimota Golf Park which is one of the greatest 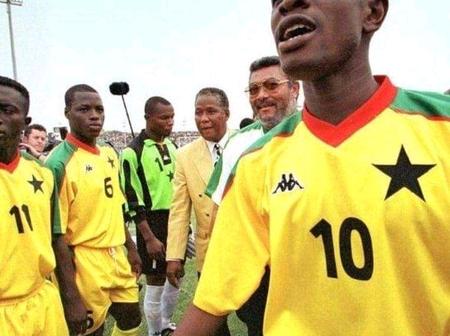 Ghana's last major success at the African Cup of Nations (AFCON) was in 1982. Is was in the formative years of Former President Jerry John Rawlings' era. It has been near misses since then. Ghana won trophies with other national teams as well. JJ Rawlings with Ghana Black Starlets in the 90s A rare picture of the former President together with E. T Mensah, former minister of sports and former Black Stars captain and current head coach of the senior national side. The pictures has other former Black Stars players 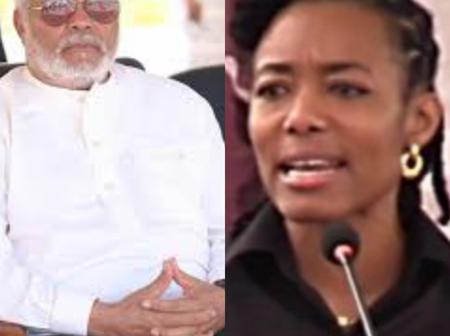 Dr. Zanetor Rawlings who is the Daughter of Former President of ghana Jerry John Rawlings have hinted on how some elements in the ruling New Patriotic Party NPP wants to put her in court for preserving the legacies of her father. Speaking on TV xyx today, she explained that the Action taken to preserve the votes of the National Democratic Congress is historic. And that falls within the tenets of PROBITY AND ACCOUNTABILITY which her late father believes in. Zanetor Rawlings is the Member of Parliament for the 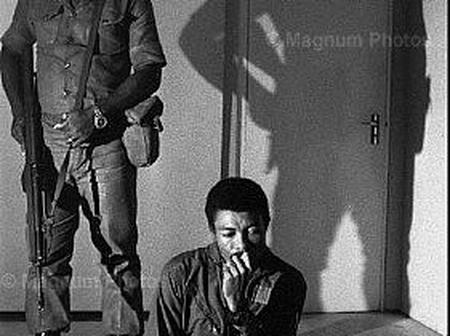 Rare photo of the Late Jerry John Rawlings awaiting execution in prison in 1979.

Jerry John Rawlings is revered and eulogized for the transition of Ghana from military rule to democratic governance. After the overthrow of Kwame Nkrumah in 1966, Ghana's governance was marred with series of short-lived military rule which resulted in an underwhelming economic decline.  The economic situation got worse in the era of Colonel Ignatuis Kutu Acheampong, who maintained Ghana's dependency on pre-colonial powers leding to a disturbing decline in the economy. However he was forced out of governance 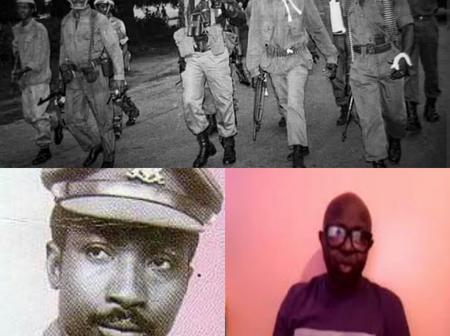 Jerry John Rawlings, Ghana's leader since the December 31, 1981 coup until the 2000 elections, was a Flight Lieutenant in the Air Force and a militant populist when he Led the first coup of June 4, 1979, that overthrew the regime of Gen. Fred Akuffo, who had, in turn, deposed his predecessor, Gen. I.K. Acheampong, in a palace coup. Rawlings was convinced that after one year of the Akuffo regime, nothing had been changed and the coup amounted to a "waste of time," and "it was then up to him to change not 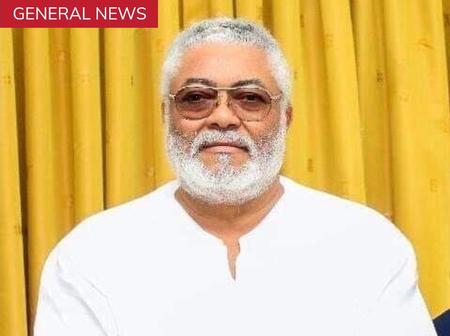 Death is foreseeable, it is a chapter in life everyone will endure at some point in life. The gap left behind by loved ones is usually difficult to be filled but we have to let them rest in peace. The former president passes away at Korle Bu Teaching Hospital on 12th November 2020.  Following the death of the late president Ltd Jerry John Rawlings so many issues arise after his one week. National Democratic Congress (NDC) accused the New Patriotic Party of avoiding some of their leaders to sign the Rawlings 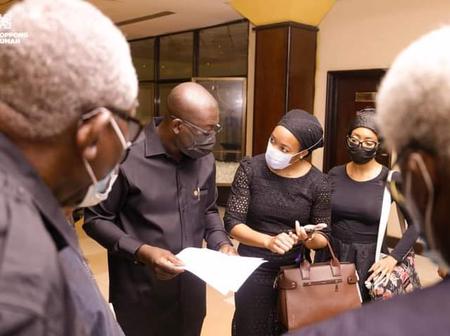 The information minister designate Kojo Oppong Nkrumah met with the family and children of the departed Ghanaian hero His Excellency Jerry John Rawlings to deliberate on the few issues with respect to the funeral of the former statesman. The entourage was clad in black which symbolically is a mourning disposition with persons like Zenator, Kamiti and few family members of the departed soldier. It was a close door meeting between the family and the Ghanaian government on how to man up to give departed Rawlings 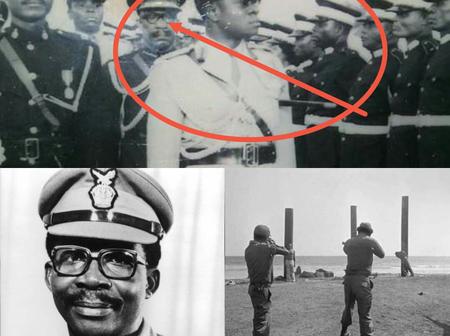 The Army General whose body bore the marks of A Coup. Army Leadership is the activity of influencing people by providing purpose, direction, and motivation to accomplish the mission and improve the organization. Leadership as an element of combat power, coupled with information, unifies the war fighting functions (movement and maneuver, intelligence, fires, sustainment, protection and command and control). Leadership focuses and synchronizes organizations.  Leaders inspire people to become energized and 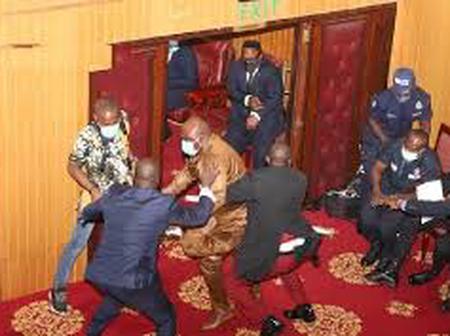 Who Is The Father Of The Children In Ghana Parliament?

Since the presidential election held on the 7th of December 2020 till now, the country seems unstable as violence keeps popping up now and then. From the killing of citizens during the elections to the confusion that arose with the electoral commission and that of the political parties as they debate among themselves of who won the election, then comes the day when parliamentarians the fathers and mothers of the land who were expected to create laws to control the behaviour of citizens in the country now lost 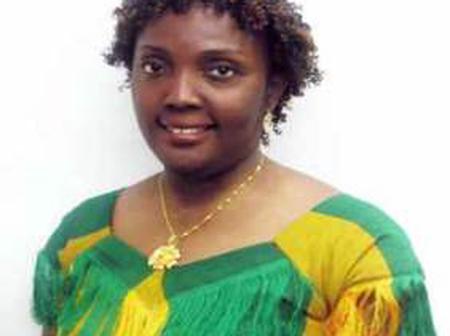 How did 'poor' Rawlings pay the charges of his kids in top UK school? – Georgette Djaba inquires

How did 'poor' Rawlings pay the charges of his kids in top UK school? – Georgette Djaba inquires  Georgette Djaba, a relative of previous Gender Minister Otiko Djaba has addressed how late President Jerry John Rawlings supported his kids' schooling at the Millfield School in Somerset, UK.  Georgette Djaba in describing the battles her family experienced during her dad's outcast in the United Kingdom, expressed that her siblings needed to exit school in light of the fact that their dad, Henry Kojo Djaba could 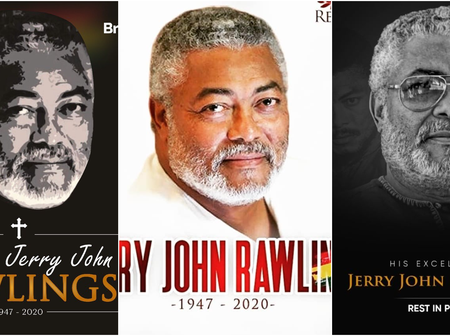 J.J. Rawlings Funeral Attire Price Out. Check Out Clothes And Their Price.

The Government of Ghana has announced a burial date for the late former president Jerry John Rawlings. The date is set on January 27th 2021. The former president Jerry John Rawlings who died on 11th November, 2020 will be laid in state for public viewing from Sunday 24 of January 2021 to Tuesday 26 January 2021 according to communications made by the government. On Wednesday 7th January 2021 he will be buried. The funeral which was supposed to happen before Christmas got postponed due to disagreements by some 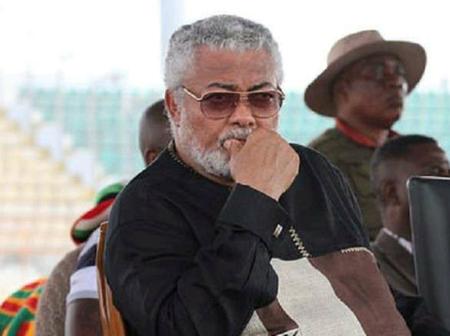 The death of Ghana's longest serving Head Of State and first President of the fourth Republic, Flt. Lt. Jerry John Rawlings came as a heavy blow to the whole nation and sent shocks down the spines of many Ghanaians and people outside our territory. Though, death is inevitable but his death came as a shock considering the fact that he was strong when he recently buried his late mother, Madam Victoria Abgotui who also died at age 101. While the whole nation continues to mourn him, his death ssparked some longstanding 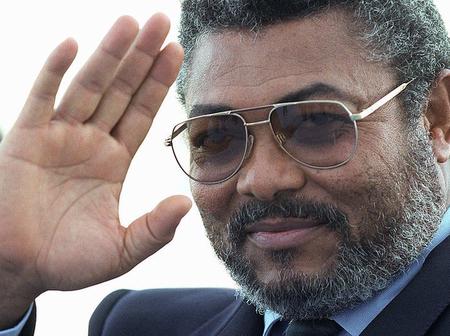 Details Of Final Farewell Of The Late J.J. Rawlings Now Out - Check It Here

The year 2020 dealt Ghanaians series of shock after shock. At a point in time, bad news was nothing surprising anymore till one erupted that tore the whole nation apart. After so many deaths in 2020, the year had to take the life of the former Ghanaian president, Jerry John Rawlings. This came as a shock to all Ghanaians. Some still find it hard to even believe that he is gone. Well, he is. And as is customary of the Ghanaian society, a farewell service will be performed in his honour. Details of his funeral 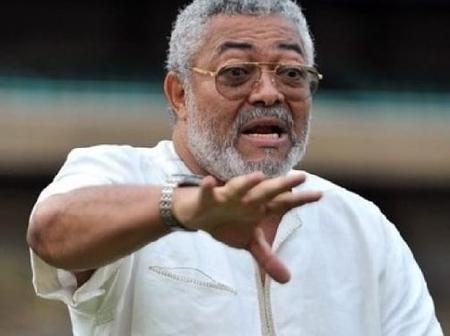 2020 in Focus: Check out the set date for Jerry John Rawlings burial. The government of Ghana has set 27th January, 2021 for the burial of the late Fomer President Jerry John Rawlings. The scheduled date was contained in a communique by Foreign Affairs Ministry to international community and diplomatic mission. According to the foreign affairs ministry, The former President Rawlings will be laid in state from January 24 to 26 at the Foyer of the Accra International Conference Centre (AICC) between the hours 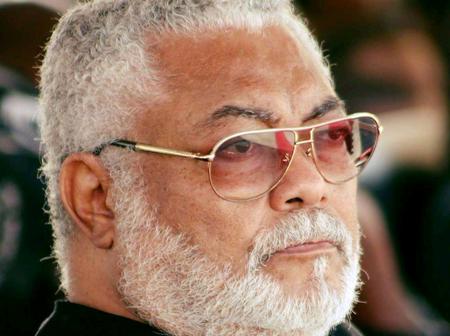 Finally the burial date for the late President Jerry John Rawlings has been announced by the Minister of Foreign Affairs and the Regional Integration of Ghana. It saddened the heart of all Ghanaians when the great leader and Ex-President of Ghana Jerry John Rawlings fell on the 12 November 2020. The sitting President of Ghana, His excellency Nana Akufo Addo promised the family of the deceased a state burial which Ex-President Rawlings really deserves it. Well, the Minister of Foreign Affairs and Regional Integration 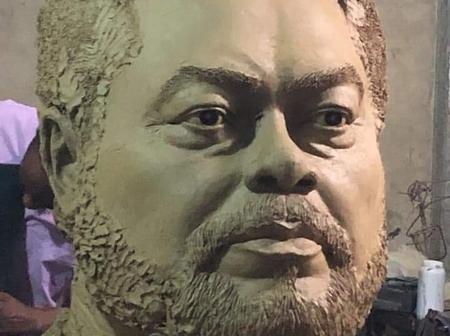 The sculpture of the late Jerry John Rawlings, See how extraordinary it is

The key to understanding any people is in its art: its writing, painting, sculpture. Art-making is not about telling the truth but making the truth felt and the art helps make sense of things. After the death of the Former President late right lieutenant Jerry John Rawlings, many artists started making sculptures in remembrance of him. A Ghanaian sculptor who is trending most of the social media platforms has made a remarkable sculpture of the late former president of the Republic of Ghana, Jerry John Rawlings 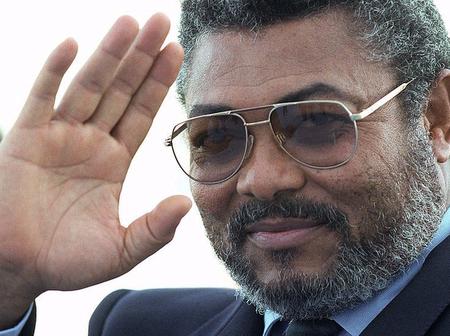 Information of ending Farewell of the tardy J.J Rawlings promptly Out- restraint it at this juncture

The day 2020 dealt Ghanaians string of shock after shock. At a promontory in time, shameless news was not anything amazing any longer till one erupted that tore the complete citizens apart. After consequently scores of deaths in 2020, the day had to rob the go of the past Ghanaian president, Jerry John Rawlings. This came as a shock to entirely Ghanaians. nearly however realize it durable to regular judge that he is gone. Well, he is. And as is customary of the Ghanaian society, a farewell repair will be performed 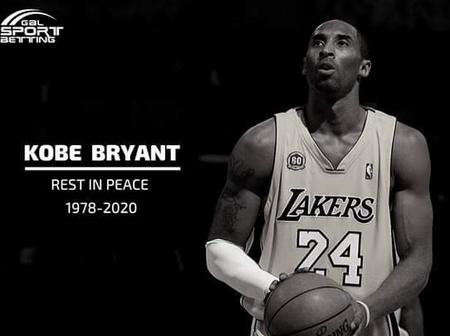 So all these top personalities died in 2020?

Death continues to shock humans, a lot keeps visiting the land of no return every now and then. The just ended year was characterised by shocks out of sudden deaths. These celebrities and well known personalities around the world joined the heavenly choir sadly, amongst the countless of people around the world.  1. Jerry John Rawlings (Former President of Ghana): the former leader of the west african country Ghana, who ruled for over 19 years died on the 12th of November out of covid-19 related implications.