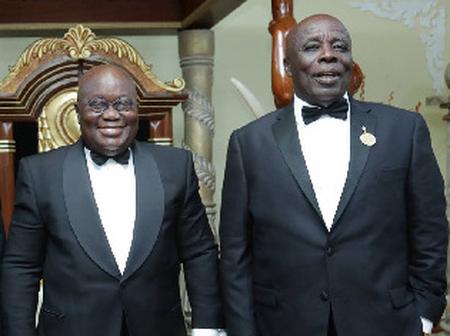 Our President, H. E Nana Addo is from Kyebi in the Eastern Region of Ghana and the traditional Chief over the entire are is Okyenhene Osagyefo Amoatia Ofori Panin and so for many, most happenings between these two top entities who have direct familial relationship was cordial but the Chief's 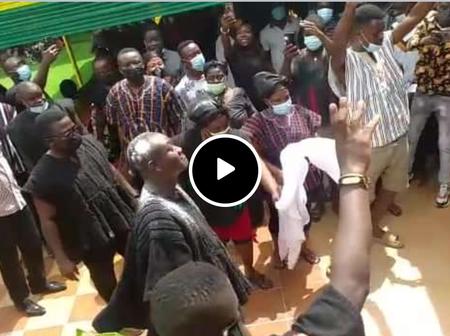 Repented Illegal Miner Becomes Chief In A Village He Used To Mine; Tasked To Be In Charge Now

Okyenhene Osagyefo Amoatia Oforo Panin has Task the akwanserahene of the Okyeman Bafour Kwame Asiedu Bekoe to complement Nananom effort in stopping illegal mining in Okyenman mu He said even though the entire government machinery is enable to stop the menace of illegal mining ,he is optimistic the Akwanserahene with his experience 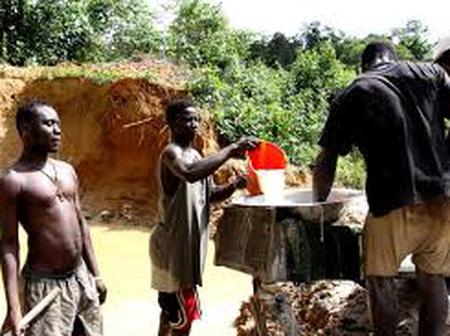 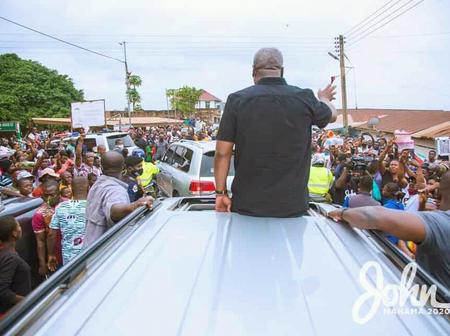 Thirty-two days are all that remains for Ghanaians to go to the polls. It will be an election of many parts. It will see 11 presidential hopefuls challenging the incumbent President Nana Akufo-Addo for the highest seat of the land. The former president John Mahama is currently in the Eastern Region. Today he visited the Okere constituency. Today Thursday November 5, 2020 on Ekosii Sen, Darlas Williams, the Communications Officer of the NDC in the Eastern Region was interviewed and he shared the former president’s 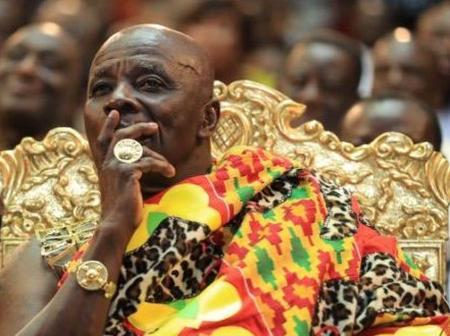 It is another election year in Ghana and the stakes are high as the country walks on tight ropes. In 6 days from now Ghanaians will have another rare opportunity to head to the polls and elect a leader for the country. With the way Ghana’s politics has come, it is obvious that the winner of the elections will be from either the ruling New Patriotic Party or the biggest opposition National Democratic Congress. Today the Electoral Commission started its mediating process by staging the Special Voting Process. 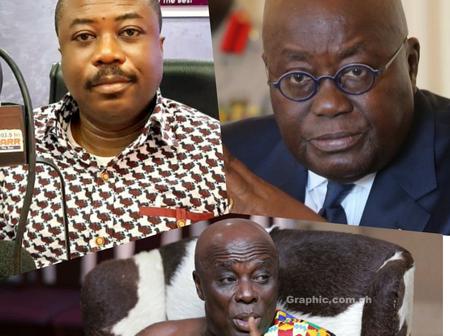 Ghanaians have a little over 2 months to our most anticipated day on our political calendar this year. All eligible Ghanaian voters will parade to their respective polling stations to choose their preferred Presidential and parliamentary candidates to lead the nation for another 4 years. All the leaders have began doing the necessary to win more hearts and solicit for support ahead of the poll. President Akuffo Addo recently pulled massive crowd when he officially prevented himself to the elders in the Eastern 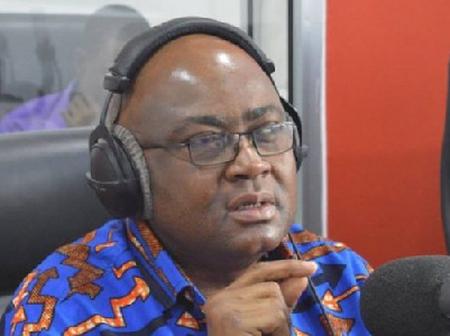 I'm Sure Mahama Will Pay A Courtesy Call On Okyenhene But Jane Naana Will Not - Pollster, Ben Ephson

Ben Ephson, a political pollster has indicated that the president in his tour in the Eastern region will not be characterized by anything except normal and necessary courtesy calls. According to Mr. Ben,  with barely three months to elections, every presidential candidate or parliamentary candidate has been informed on what and how  the ground is, that is to say, a wind either you will win or lose will blow on your face before the day of elections.  The eastern region in particular which is the strong hold 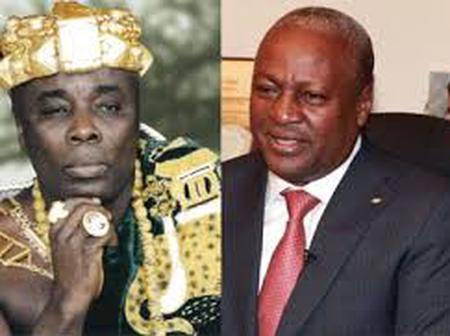 The Former President of the Republic of Ghana, His Excellency John Dramani Mahama has brought his campaign to the Eastern Region to an end today, Monday 12th November 2020. He was able to visits and interacts with chiefs and people of Nketepa in the Kwahu South District, Maame Krobo (Afraim Plains South District), Donkorkrom, Kwabeng, Dedeso, Akyem Tafo, Koforidua, Suhum among others. But most Ghanaians consider that a tour to the Eastern Region without a visit to the Okyenhene, Osagyefuo Amoatia Ofori Panin 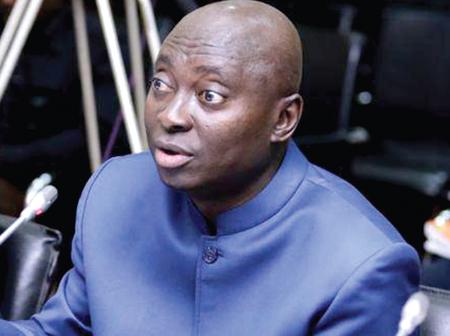 Hon. Atta Akyea is a Firm Christian and a Member of ICGC, Read About his Faith in God.

The Member of Parliament (MP) for Akyem Abuakwa Constituency, Hon. Samuel Atta Akyea, is a staunch Christian and a member of Dr. Mensah Otabil’s International Central Gospel Church (ICGC). Sharing all about his life and how he hods his faith in high esteem in a program on Citi TV, he sighted an example where he had to make a choice for Christianity, over that of family call to chieftaincy. According to him, he had to flee to the United Kingdom (UK) as one of few heir apparent to the Okyeman throne, following 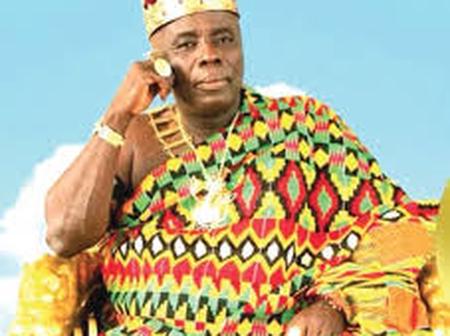 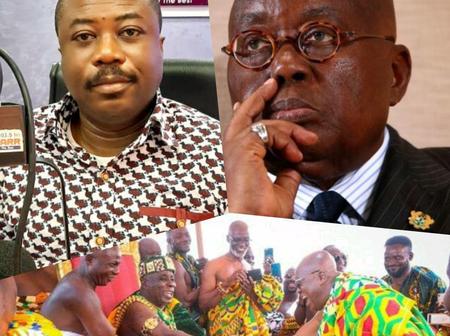 Ghanaians have heavily descended on an NDC Communications Team Member for making some allegations against President Akuffo Addo and Okyenhene. According to some Ghanaians, his comment can incite tribal violence and has called on him to retract and apologise. It all started when Mr. Benjamin Esuman, a member of the opposition party's team in an interview on StarrFM alleged that Okyenhene is building a palace under President Akuffo Addo's tenure which is even bigger than that of Asantehene's Manhyia Palace. His 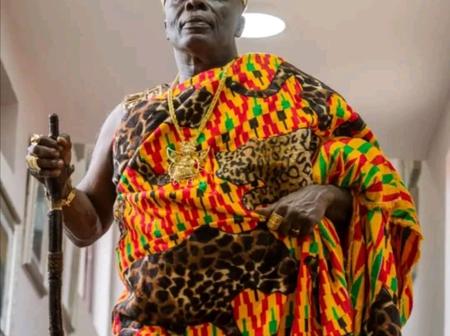 Good evening dear cherished readers on opera news hub in Ghana, your most trusted news source is here once again to serve you with the best authentic news around the world especially in the Ghanaian jurisdiction. Please before you proceed to read this article kindly tap on the follow button at upper corner of the page to follow and receive the latest updates from me on all the happenings around the world. This article is about the Okyehene. The 35th King of Akyem Abuakwa Osagyefuo Amotia Ofori Panin was born 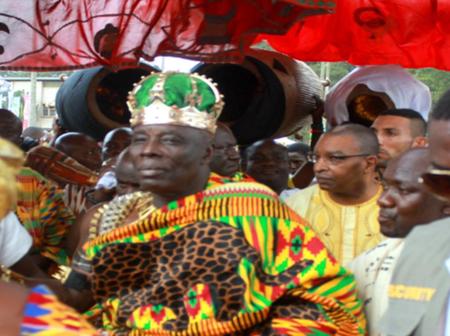 It is time for Ghanaian's election and all the leaders and members of all the political parties in Ghana are going round giving account of what they have done and asking for another opportunity, this is seen mostly among the two giant political parties in Ghana , the NPP and the NDC. This same mission took the president of Ghana His Excellency the president of Ghana to his home soil , the Akyem land in the Eastern region to give account of what he has done and seeking for another term. In the address of the 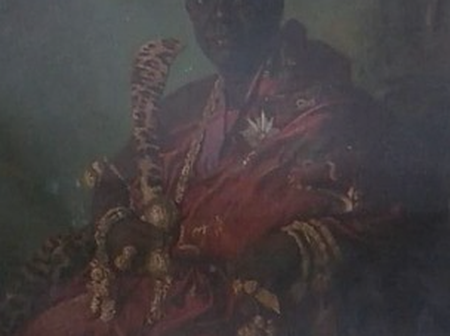 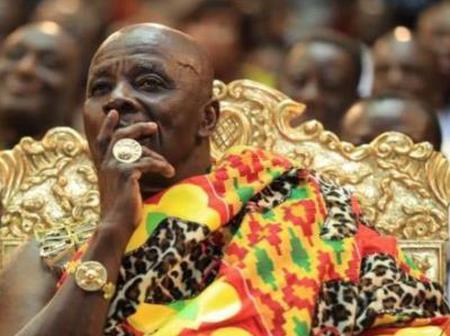 The Eastern Regional House of Chiefs have elected the Konor of the Manya Krobo Traditional Area, Nene Sackitey, as the new President of the house. Nene Sackitey, takes over from the Okyenhene, Osagyefo Amoatia Ofori Panin II, who has served the council for two (2) terms. Nene Sackitey had eight (8) votes out of 10 votes cast as against two (2) for his contender, Nana Osei Nyarko, the Paramount Chief of Boso Gua Traditional Area. The Omanhene for Kwahu, Daasebre Akuamoah Agyapong was elected as the new Vice President. 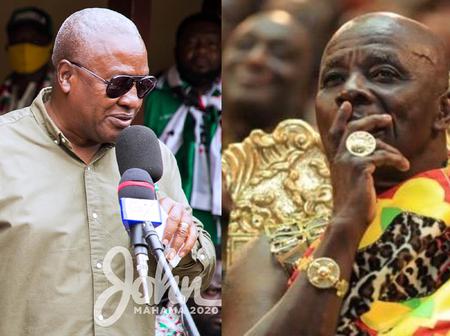 The Communications Director for the National Democratic Congress (NDC) in the Eastern Region of Ghana, Dallas Ampomah Williams, has revealed that the flagbearer of the NDC John Dramani Mahama will not visit the palace of Okyenhene Osagyefo Amoatia Ofori Panin for a simple reason. Speaking in an interview with Philip Osei Bonsu on the Ekosii Sen Political Show on Accra based Asempa FM, Dallas Ampomah Williams stated categorically clear that the Presidential candidate of the NDC, will visit some traditional authorities 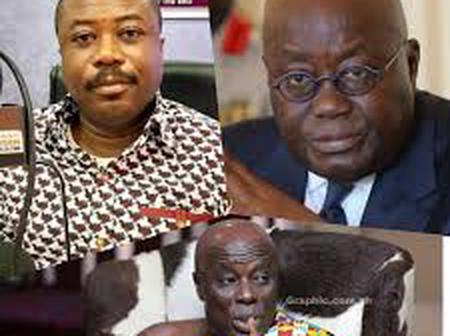 Ghanaians have vigorously plummeted on a NDC Communications Team Member for making a few claims against President Akuffo Addo and Okyenhene. As indicated by some Ghanaians, his remark can actuate ancestral viciousness and has approached him to withdraw and apologize.  Everything began when Mr. Benjamin Esuman, an individual from the resistance's group in a meeting on StarrFM asserted that Okyenhene is building a castle under President Akuffo Addo's residency which is significantly greater than that of Asantehene's 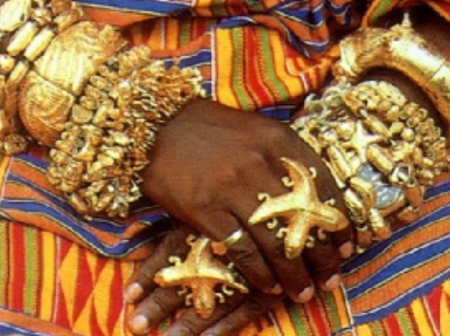 Former United Nations Advisor on Administration Prof. Baffour Agyeman-Duah says the constitutional provision that restricts chiefs from dynamic governmental issues isn't enforceable.  As indicated by him, the law neglected to think about the social air of conventional pioneers as political heads of their subjects.  It returns on the of rising supports of presidential competitors by certain chiefs the nation over the lastest being the Okyenhene and the Dormaahene. While the Okyenhene embraced President Akufo-Addo 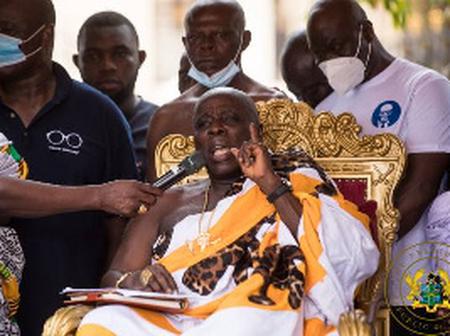 Osagyefo Amoatia Ofori Panin, the King of Akyem Abuakwa, who is also considered as the head of the Asona Clan has stated, assuring President Nana Akufo-Addo, his full support. Osagyefo stated that, Okyenman is solidly behind President Nana Addo Dankwa Akufo-Addo, in this year's presidential elections. The Okyenhene made this statement at a durbar, which was held in honour of the President of the Republic, President Akufo-Addo, on Friday, 2nd October 2020, on the second day of the President’s 3-day tour of 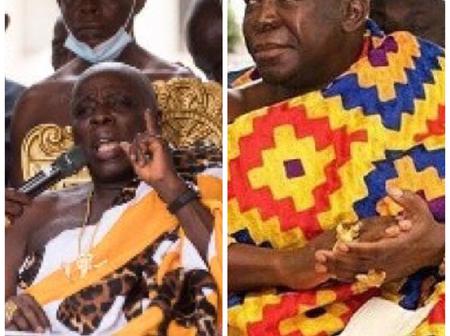 Okyenhene Osagyefo Amoatia Ofori Panin II says he would be stunned deep down if Ghanaians go to the survey and vote against President Nana Addo Dankwa Akufo-Addo.  He said any qualified citizen who has profited by the various social intercession programs and other foundation advancement under the Akufo-Addo government must respect the president with a subsequent term.  Tending to a durbar of bosses and individuals of the three Akyem conditions of Abuakwa, Bosome and Kotoku, Okyenhene said the president has